Okay…no, George Washington did not actually wear wooden dentures, but the myth remains strong even in the 21st century. It is one of those enduring stories of the famous leader’s dental problems (who actually did wear multiple sets of dentures made from many materials, such as gold and ivory). However, there is one thing that wood is being used for, and it is very true, and it has become more than a myth to roll the eyes at. In fact, it’s even becoming super cool.

There are architects out there right now who believe that they could create some truly amazing – and even famous – buildings without using metal, steel, glass and other materials that can become real eyesores and release carbon emissions. There was even a contest where the Colosseum in Rome was ‘rebuilt’ (architects, Helin & Co; structural engineers, Metsä Wood’s). They recreated the design of the famous building but used wood as the main material to bring it to life. Would this be bad for the amphitheater? Well, now, sure…but that’s only because the ancient one is a part of history that, once lost, could never be gotten back.

But that wasn’t the point of the project. This particular plan was showing consumers and the world out there that by using wood, the building would offer 12% more space, reduce construction time, and slash the serious costs spent by using prefabricated modular elements.

But that is not the only project people are talking about in this world that’s focus is on “going green” before everything falls apart. An architect by the name of Michael Green is the brains behind creating “timber towers,” and has made a name for himself by building North America’s tallest one. This is a form of architecture that is slowly climbing up the ranks. Remember Einstein and then Tesla coming along…a man with no name but whose alternating current changed the course of electricity? Oh yeah, we’re talking that kind of intellect that sees invention and change as a good thing for the land.

Building with wood seems like the “norm” – after all, log cabins were a big thing once upon a time, right? But over the decades, wood has been set aside even though sustainable wood building has changed, progressed and moved forward with the times, making it a very real and very profitable way to create.

Here’s a fact that may blow the mind: A concrete slab emits 27 kg per square meter (carbon dioxide); by using wood and creating timber towers, emissions are avoided.

Of course there is still rolling of the eyes. Wood? What about fire, duh? What about earthquakes, wars, you name it, wood
wouldn’t provide a barrier at all. BUT, that is not exactly true. There are a slew of benefits when choosing to build with wood; weighs far less, more avoided emissions, construction is quicker, and achieving fire ratings can actually be done by providing additional protection inside the building. When it comes to a steel structure, all walls must be fully protected by insulation, drywall, and stone, which causes a home to fall far down the “green” list.

No one is saying that the world should be rebuilt in all wood; what is being said is that good, old, basic wood should be considered as a safe alternative when it comes to structures or exteriors.

After all, even George Washington knew that, right? Isn’t he the one who chopped down that Cherry Tree? Maybe he knew then what the future would bring…back. 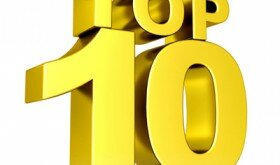 It All Begins with ‘I’

It All Begins with 'I' The "New Rules" of Thinking and the Simple Secrets to Living a Rich, Joyous and Fulfilled Life by Stuart K. Robinson   Tallfellow Press Paperback, $14.95 162 pages ISBN: 978-1-931290-05-0 Book Review by Kam Williams   “What is your deepest desire? Probably the same thing most others really want: a happy and fulfilled life. When we don't experience life as happy and fulfilled, our tendency is to … END_OF_DOCUMENT_TOKEN_TO_BE_REPLACED

ACRONYM TO FOLLOW by Peter Brav   Finally Our Day has come There’s a Day for everything For doughnuts, siblings, eight track tapes Grilled cheese, daughters and sons to work Encouragement, Alzheimer’s Coffee, math, chewing gum Blasphemy, yo-yos And now finally One for us Truly a Day to celebrate National Don’t Shoot An Unarmed Brother Doctor King Not Seeing Progress George Orwell Laughing It Is So About the … END_OF_DOCUMENT_TOKEN_TO_BE_REPLACED

Supreme Court Raisin Decision Could Affect Market By Burt Carey   By an 8-1 vote, the U.S. Supreme Court this week found in favor of a family of California raisin farmers, ruling that the Fifth Amendment’s Taking Clause applies to personal property just as it does real estate. At issue were the actions of the Raisin Administrative Committee, an extension of the Department of Agriculture, which required raisin farmers to … END_OF_DOCUMENT_TOKEN_TO_BE_REPLACED

Stephen “tWitch” Boss The “Magic Mike XXL” Interview with Kam Williams Magic tWitch!   Born in Montgomery, Alabama on September 29, 1982, Stephen Boss was always spinning and staying in motion as a child, which is how he earned the nickname “tWitch.”  After studying dance at Southern Union State Community, he made his Hollywood debut in Season 3 of the reality TV series “So You Think You Can Dance” and was runner-up in the … END_OF_DOCUMENT_TOKEN_TO_BE_REPLACED

Crossbows Tie Generations Together by Ted Lund   Bud Hager had been bowhunting for nearly 50 years that cold, November morning eight years ago when he drew back on his compound bow. “I hadn’t warmed up or stretched or anything,” says Hager. “And all of the sudden, I felt something go.” That something was a rotator cuff. The 70-year-old West Virginian was afraid that his life-long love affair with hunting and the … END_OF_DOCUMENT_TOKEN_TO_BE_REPLACED 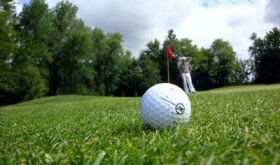 A New Tree Grows in the “Woods”

A New Tree Grows in the “Woods” ~ Amy Lignor   The Derby, Preakness and Belmont – this is the Triple Crown of horseracing. And, as we know, after three decades this country we saw another winner of the “Crown” this year. (The last being Affirmed back in 1978.)   Can golf have one of their own? Of course, it would be four major wins instead of three for them, but can they have another? It is true that the sport of … END_OF_DOCUMENT_TOKEN_TO_BE_REPLACED

The Mantle of “Living” Moves On

The Mantle of “Living” Moves On ~ Amy Lignor Ask anyone out there – from architects to designers to consumers – what name is most associated with the world of décor and home lifestyles, and they will nine times out of ten say: Martha Stewart. Even when this woman with the slightly ‘gooey’ tone of voice, yet with just a hint of condescension, fell on hard times of her own, people still rallied around Martha Stewart because of the … END_OF_DOCUMENT_TOKEN_TO_BE_REPLACED

Destin, Florida is Calling for that Last-Minute Summer Vacation

Destin, Florida is Calling for that Last-Minute Summer Vacation By Burt Carey Renowned for its white-sand beaches and emerald waters, the Florida Panhandle city of Destin plays host to beachgoers and outdoor enthusiasts every month of the year. But early summer is when it really shines. Whether it’s family fun or a romantic getaway that brings you to the Emerald Coast, Destin’s got something to fit your style. There’s dolphin … END_OF_DOCUMENT_TOKEN_TO_BE_REPLACED 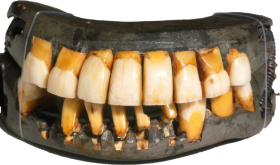 Wood Was Good Enough for a President’s Teeth; So…? ~ Amy Lignor   Okay…no, George Washington did not actually wear wooden dentures, but the myth remains strong even in the 21st century. It is one of those enduring stories of the famous leader’s dental problems (who actually did wear multiple sets of dentures made from many materials, such as gold and ivory). However, there is one thing that wood is being used for, and it is very … END_OF_DOCUMENT_TOKEN_TO_BE_REPLACED