Traveling “The Road to Omaha” for the College World Series

Traveling “The Road to Omaha” for the College World Series

Soon it will be June and the College World Series (CWS) will once again be the focus of all sports enthusiasts as it springs to life in Omaha, Nebraska. 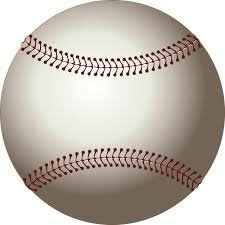 The CWS is the culmination of the National Collegiate Athletic Association (NCAA) Division I Baseball Championship tournament, and will begin on Friday June 1, 2018. Narrowed down from 64 teams, the eight participating teams will split into two, four-team, double-elimination brackets, with the winners of each bracket playing in a best-of-three championship series.

This incredible piece of American history and American sports has always been a part of Omaha. First played in Rosenblatt Stadium, the College World Series called this home for six decades. Now, on the other edge of downtown Omaha, the $128 million-dollar stadium called TD Ameritrade Park Omaha hosts the World Series and has since it opened in 2011, and will continue to do so, per contract, until 2035.

TD Ameritrade is one of those glass-covered, modern locations boasting VIP suites and a big, bright scoreboard for all to see. But there is something that still links it to Rosenblatt that has become a tour for fans called, “The Road to Omaha.” Between the two locations stands a 1,500 pound bronze statue of a player in a batting helmet leaping into the arms of three teammates at home plate. This statue rests on “The Road to Omaha” between the sites of both stadiums and has become, without question, an iconic symbol of this city and its love for the College World Series.

When it comes to the men’s tournament, the talk, the odds, and the favorites have been bandied about for the past few months. Last year, it was the Florida Gators who took the trophy back to Gainesville, even though they didn’t come close to having the best record for the entire year. As any fan will tell you, the Gators won that trophy because of the simple fact that they played well when it counted the most. The “best of the best” in pitching was the headline for last year’s tournament, and this year seems to be no different.

Taking a look back at the line-up for last year seems to be what odds makers are doing when it comes to picking the winner for this year. It was the Oregon State Beavers that came away last year with a winning percentage of 90% – ending their campaign at 56-6. Of course, this was more bitter than sweet for Oregon State fans as they watched their winning team only go 2-2 in the World Series.

The next best record from last year came from the University of North Carolina who went 49-14. This time around, the Tar Heels faced seven ranked opponents which made achieving another 49-win season an implausible task.

And while the majority of top 25 ranked baseball teams hail from the southern states, there is no reason to overlook some teams from California that are most definitely used to winning in the World Series.

Back in February, when these “educated guesses” were first made, there were more than a few out there who said the Oregon State Beavers looked to be the most well rounded team. Most of their core players from last year’s 56-win team returned. And shortstop Nick Madrigal is still seen as a serious contender for the National Player of the Year. Yet, they cannot shake Florida.

Recently, BetOnline Sportsbook provided some early tips on who will win this year; some are popular favorites, although a couple of sleepers are mixed in that may just come to the diamond and surprise everyone. They have placed Florida in the top spot as winning it all with Oregon State coming in second. The top five, however, not only include Florida but also include Florida State, so it will be interesting to see just which one from the Sunshine State will go the farthest. However, the Lone Star State has a definite chance at the CWS title with Texas Tech in the mix, and Arkansas sees a chance as well.

For now, we’ll just have to wait and see. But the excitement is definitely building when it comes to watching “The Road to Omaha” be played out to its ultimate conclusion.