The Secret Life of an Ammunition Company:

Back in 1898, a young German hunter and inventor by the name of Wilhelm Brenneke, fed up with the inferior ammunition available at the time, created the modern shotgun slug. It turned hunting on its head, as finally, there

was an inexpensive, accurate, universally adaptable, and devastatingly effective projectile available for the legions of hunters who relied upon their shotguns to put venison on the table.

Young Wilhelm was not exempt from what we today call “research and development.”  Indeed, his first test blew his shotgun to pieces.  Fortunately, he had the foresight to fire it via a long cord attached to the trigger.

Since then, the company he founded, has produced countless millions of shotgun slugs, and Wilhelm’s invention has been modified many times over.  One might think that just about every improvement that could be made to a product over a century old has been done.  According to Dr. Peter Mank, Wilhelm’s great-grandson and current director of Brenneke, that is far from the case.

“R&D consumes huge amounts of our time and investment,” Mank said.  “While it is almost impossible to improve upon the unique Brenneke ribbed design, we are constantly testing new materials and new technologies, not only to improve the hunter’s success in the field, but to stay a step ahead of the rapidly changing political and environmental concerns we hunters are facing.”

One prime example has been Brenneke’s leadership in creating effective lead-free projectiles, an area to which they have devoted

huge resources long before it became popular.  “Europe is moving rapidly toward all lead-free projectiles,” Mank explained, “and the U.S. will, as well.  We wanted to be proactive, not reactive.”

The success of Brenneke’s new lead-free 12-gauge TKO shotgun sabot, made of food-safe tin, is a result of research beginning in the 1990s.  “As an alternative to lead, we looked at tungsten, bismuth, copper, uranium, even gold,” Mank said.  “They were all either ballistically unsuitable, highly toxic, or far too expensive.  We found that tin had excellent ballistic characteristics, but being harder than lead, it could not be used as a full-size 12-gauge slug without causing damage to shotgun barrels and chokes.  The solution was to encase a tin projectile having the proven Brenneke design into a sabot (a plastic sleeve).  This resulted in an extremely powerful, accurate and non-toxic load.  It sounds simple.  But it took us 20 years of trial, engineering and testing before we were satisfied.”

Brenneke has reacted to changing times in other areas, too.  “Law enforcement professionals were looking for a projectile that provided vastly greater stopping power than a handgun, that would transfer all its energy to the target without excessive

penetration that could endanger bystanders in buildings and close urban environments,” Mank said.  “We created the Tactical Home Defense slug in 12 and 20 gauge, which meets those requirements perfectly.  It has become extremely popular for home protection, especially since a shotgun is generally safer and more reliable than a handgun in such situations.

“Not long after that, we heard from law enforcement agencies who need a projectile at the opposite extreme—one that would address terrorism threats that often come in vehicles.  After a great deal of metallurgical research and testing, we developed the Special Forces Maximum Barrier Penetration Magnum 12-gauge slug; extremely hard and incredibly powerful.  It will penetrate windshields, wheel rims, tires, even engine blocks—something a rifle bullet generally cannot do.”

There is little glamour behind the scenes in an ammunition company.  R&D  usually involves many more failures than successes, and perfecting a new projectile can take literally a lifetime.

“It has to be done,” Dr. Mank said.  “We’re proud of how Brenneke has been able to stay at the forefront of projectile design and research after 116 years.  Trouble is, it doesn’t leave much time for us to go hunting.”

Moonlight Film Review by Kam Williams Gay Ghetto Kid Struggles with His Sexual Awakening in Homoerotic Coming of Age Flick It isn't bad enough that Chiron (Alex R. Hibbert/Ashton Sanders/Trevante Rhodes) is being raised by an emotionally-unavailable, drug-addicted, single-mom (Naomie Harris). The shy youngster also has the misfortune of having to hide the fact that he's gay, since he's experiencing pangs of sexual awakening in the … END_OF_DOCUMENT_TOKEN_TO_BE_REPLACED

Nat Turner's Mental and Military Motivations By Ezrah Aharone   Nate Parker's movie  has revived the question: What caused Nat Turner's 1831 uprising? Turner, first of all, was not a deranged misfit who acted outside of a historical context of previous African freedom fighters.  Throughout slavery's duration, resistance was not only constant and fatal, but twofold . . . Africans equally resisted both slavery and … END_OF_DOCUMENT_TOKEN_TO_BE_REPLACED

ACRONYM TO FOLLOW by Peter Brav   Finally Our Day has come There’s a Day for everything For doughnuts, siblings, eight track tapes Grilled cheese, daughters and sons to work Encouragement, Alzheimer’s Coffee, math, chewing gum Blasphemy, yo-yos And now finally One for us Truly a Day to celebrate National Don’t Shoot An Unarmed Brother Doctor King Not Seeing Progress George Orwell Laughing It Is So About the … END_OF_DOCUMENT_TOKEN_TO_BE_REPLACED

New Home Sales Jump in April By Burt Carey Sales of new homes hit their highest rate since 2008 in April, according to the Commerce Department’s U.S. Census Bureau. April sales increased 16.6 percent over March figures, which correlates to a seasonally adjusted rate of 619,000 home sales projected for the year. The median price of those new homes was $321,000, the highest median price ever recorded. That’s up 9.7 percent … END_OF_DOCUMENT_TOKEN_TO_BE_REPLACED

Omar Sy The “Inferno” Interview with Kam Williams Omar, a Rising Star! Omar Sy is an award-winning actor, comedian, comic writer and television personality who has established himself as an international star. With over 30 screen credits on his impressive resume, Omar became a household name after the smash hit The Intouchables, his third collaboration with directors Olivier Nakache and Eric Toledano. His performance in that film … END_OF_DOCUMENT_TOKEN_TO_BE_REPLACED 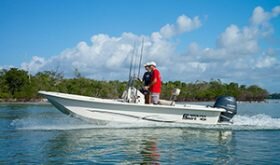 Saying Goodbye to Legends… by Amy Lignor   When someone you admire departs the Earth, it is extremely sad to come to terms with. In the days just passed, people and fans had to deal with the departure of two men from the world of sports. Although one perhaps was not a surprise, seeing as that the gentleman lived a good, long life, the other departure was shocking. One was a legend, while the other was on the road to … END_OF_DOCUMENT_TOKEN_TO_BE_REPLACED

Millennials Struggle with the Theory of Hard Work by Amy Lignor   With the political fight that’s occurring out there, the theory of what hard work really means is a subject of discussion. Take the present-day billionaires in the millennial category. There are those out there who are extremely jealous of those people who reached the top before they were thirty years of age. And when I say top, I mean top! They are worth more at … END_OF_DOCUMENT_TOKEN_TO_BE_REPLACED

I Double Dare You! by Amy Lignor   Haunted houses, zombie-filled corn fields, small towns that like to get together and light up the night with scary-faced pumpkins – there are all different types of Halloween events and haunts you can take the kids to and have a good time. And we’ve researched and reported on the best of them. But if you’re one of those…those who like the macabre…there are places around the globe that offer … END_OF_DOCUMENT_TOKEN_TO_BE_REPLACED

The Environment Engineers by Amy Lignor   From the title of this article, you may think that this is all about conservation, organizations that promote and work on creating healthy habitats, or even companies promoting a greener, healthier planet. However, the real environment engineers we speak of are actually four-footed creatures whose mission it is to better nature’s ecosystem. Not as mystical as, say, the wolf. Not as talked … END_OF_DOCUMENT_TOKEN_TO_BE_REPLACED