The Old is Still a New Inspiration for the Collector

Being from an area that is completely set in the world of antiquing, this writer can say that New England is a maze of small shops, old garages, broken-down attics and back rooms that have within them a multitude of 1700’s and up, collectibles. What many once

called junk (the people who actually threw all of these precious items into these garages and backrooms), has become one of the most invigorating and beloved hobbies in the United States.

It is not a surprise seeing as that there are television shows based on the world of antiquing, with men and women traveling the back roads of America to find that perfect something that someone else thought was worthless. Treasures from the past are just waiting out there for the right person with the right mind full of research and historical information to stop by and pick up. In fact, most outdoor enthusiasts will tell you that they love taking a weekend jaunt with hope in their heats that they will stumble over the most amazing token or treasure ever found.

When you talk about the 2008 recession, the antique store owner will tell you that that’s the time they decided to open their shops. People were traveling less; they were not getting on the jet plane and flying overseas – their choice of ‘at home’ recreation became antiquing. Thus, many small businesses thrived that sold antiques and are still in business today – with some growing bigger and bigger because of the absolute antique craze that television is bringing about.

Long ago a lighting fixture from the 1920’s wouldn’t have been much to talk about; nor would a chair from the 1800’s be anything

to write home about. However, whether die-hard antique buyer/seller, or hobbyist that loves to enjoy the Great Outdoors by moving through it and spotting the oldest and sometimes junkiest looking things outside people’s homes – they will all tell you that the 1800’s chair is now worth thousands, and that rusted lightning fixture may just be worth tens of thousands to the right buyer who’s perhaps fixing up an old hotel and wants it to look as it did when it first opened.

Antiquing is not easy. Not only must you deal with the rest of the antique hunters out there looking for that next big buy, but you must also deal with travel, weather, and sometimes sifting through the dirtiest places to come up with a piece of art that the owner of the garage or barn calls junk.

Antiquing also requires a talent for being able to bargain like a New York City stock broker. Although not pawn shops, an antique salesman/woman usually knows exactly what they have and what the retail price is, so being able to use that ‘stone face’ that offers no inkling of how much you want the piece, is a must.

When taking up the hobby and challenge of antiquing you will be surprised to learn that historical documents, century old furniture, old decor, and other hundred-year-old artifacts are out there – they are also among the most popular antiques being collected today. It’s a great hobby; the adventure of Indiana Jones mixed with the business acumen of always getting the best price for a rare find.

Antiquing is a very old sport/hobby, dating all the way back to the 16th century when many were desperately trying to find religious artifacts. In the 17th and 18th centuries, antique collectors turned to archaeological finds and pieces of artwork that had been hidden away for a century. And some of the most recognized that  brought the most money at auction were old manuscripts and books from highly-beloved authors that had, yet again, been hidden among a relative’s belongings after the artist had passed on.

So as you begin to learn how to collect antiques in this day and age, the best tip you can get is to start small. Choose very specific categories that you want to collect, then learn everything there is to know about the time period and current auction prices of the items you’re looking for. In other words…be prepared!

And have a whole lot of fun. Who knows? You may just turn your antiquating hobby into the biggest payday of you life. There are many well-known antiques out there and their home remains a mystery… 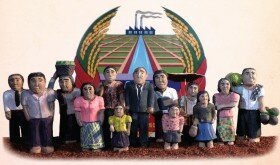 What We Can All Do to Save America’s Future

One Nation What We Can All Do to Save America’s Future by Dr. Ben Carson and Candy Carson Sentinel HC Hardcover, $25.95 254 pages ISBN: 978-1-59523-112-3     Book Review by Kam Williams   “In February 2013, I gave a speech at the National Prayer Breakfast… I warned my fellow citizens of the dangers facing our country, and called for a return to the principles that made America great… but our … END_OF_DOCUMENT_TOKEN_TO_BE_REPLACED

For our March Walk on White, we will be feauring works by Elizabeth Devries, Coco Eriksen, Helen Harrison, Vera Vasek, and more of your favorite Harrison Gallery artists. Like us on … END_OF_DOCUMENT_TOKEN_TO_BE_REPLACED

GIVE DAD THE GIFT OF LAND FOR FATHER’S DAY!   Just in time for Father’s Day “The Magazine of the American Landowner” — THE LAND REPORT — is offering a one-time exclusive discount.   Normally priced at $59.99 for a 1-year subscription, THE LAND REPORT is only $15 for a limited time by using code “POPS” when checking out on their website, LandReport.com/subscribe.   “Every issue of the magazine we … END_OF_DOCUMENT_TOKEN_TO_BE_REPLACED 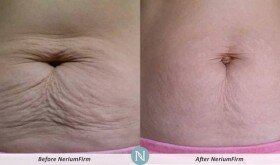 NeriumFirm Really Does Reduce the Appearance of Cellulite and More!

NeriumFirm Really Does Reduce the Appearance of Cellulite and More!   Out less than two months, NeriumFirm is already the talk of the town!  We sold out the second day on the market.  And sales have skyrocketed.   $400 million in sales in just 30 months with our anti-aging night time treatment, NeriumAD has the industry buzzing.  Now NeriumFirm is poised to surpass those amazing sales records.  And just in time for SUMMER … END_OF_DOCUMENT_TOKEN_TO_BE_REPLACED

The Power of Invisibility with the Realtree Camo Kayak

The Power of Invisibility with the Realtree Camo Kayak  by Jame Moore When it comes to camouflage, no company understands the concept better than Realtree. This company provides everything from clothing to timepieces to a slew of other products and accessories that have been perfected for the hunter in order for them to achieve victory over their prey.   Now, for the fisherman and waterfowl-hunter comes yet another … END_OF_DOCUMENT_TOKEN_TO_BE_REPLACED 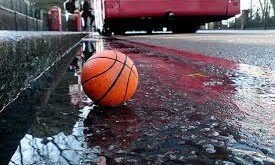 From Bad to Ballmer?  ~ Amy Lignor He’s got the moves like Jagger! Come on. You know it. Every video of this ex-Microsoft CEO shows him screaming, ranting, raving, cheering, and dancing across stages to lift people from their seats and get them truly excited. What could be more perfect for the Los Angeles Clippers, a team that certainly needs to climb out from under the ridiculously bad press to enjoy some good, old-fashioned … END_OF_DOCUMENT_TOKEN_TO_BE_REPLACED

Want to Join Us On The Nerium Cruise Ship For FREE??   Nerium has broken every record for sales and more. Not even 3 years old and we are ranked #54 on the top 100 Best Global Companies by Direct Selling News. And in just our first 30 months we did over $400 Million in sales, mostly with our first product.   With the launch of a new cream for cellulite called NeriumFirm, sales are sure to double again in the not too distant … END_OF_DOCUMENT_TOKEN_TO_BE_REPLACED

Ah…Circus Animals! The mighty lion is King; roaring loudly at the small dude, he wants nothing more than to grab that whip and chair and show the guy exactly who’s boss! The elephants are the lumbering giants who bring awe and cheers from the crowd. But, the giraffe is…under-appreciated. Not only must he ride across the country in that big circus train with his head through the roof, getting all kinds of mosquitoes stuck in his teeth, … END_OF_DOCUMENT_TOKEN_TO_BE_REPLACED

The Luxurious Life…in Green  ~ Samantha Lewis Looking at mansions is a lot like watching the old ‘Lifestyles of the Rich & Famous.’ Although 99.999% of us cannot currently afford even the tool shed resting on the mansion’s property, let alone being able to purchase the ‘big house’, it remains super-fun to witness the extraordinaire.   Although we all get to live ‘green’ lifestyles, choosing to dress up our own homes with … END_OF_DOCUMENT_TOKEN_TO_BE_REPLACED