The Justice Imperative: How Hyper-Incarceration Has Hijacked the American Dream

How Hyper-Incarceration Has Hijacked the American Dream

“Our criminal justice system is in need of reform. [It] costs the taxpayers too much, fails at rehabilitation, exacts a life-long toll on offenders, and does not yield corresponding social benefits.
The purpose of this book is three-fold: (1) to provide information about the causes and extent of the problems overwhelming the process of criminal justice… (2) to explain why reform is long overdue and in our collective best interest… (3) to suggest reforms that are supported by empirical evidence…

As a society, we have become hardened toward felons… [But] it is in the public interest to have released offenders rehabilitated… By recognizing the human dignity of all offenders and enabling them to realize redemption and restore their relationships within the community, all of society is ennobled.

Excerpted from the Foreword by William J. Fox (pages i-iii)

Today, about 2% of our working-age men are behind bars, most for non-violent offenses, giving the country the highest incarceration rate of any nation in the world. Unfortunately, taking this tough stance on crime has come at quite a societal cost.

For, not only is it expensive to house inmates, at over $50,000/year in Connecticut, but there is plenty of evidence that it is failing miserably in its efforts to rehabilitate offenders. Consequently, the State has a high recidivism rate, with over half of its ex-cons returning to the correctional system via a virtual revolving door.

That is the contention of Brian Moran, lawyer and author of “The Justice Imperative: How Hyper-Incarceration Has Hijacked the American Dream.” Although the book’s focus is on Connecticut, what’s transpired there proves to be par for the course.

This opus points out that the policy of treating juvenile delinquents like adults has been counterproductive, since “it is more likely that an African-American boy who drops out of high school will be arrested than get a job.” It further laments that “one in every three black males born today can expect to serve time in prison.”

Mr. Moran, as a member of the Malta Justice Initiative, suggests a host of reforms to “The New Jim Crow,” as dubbed by Michelle Alexander, starting with making it easier for parolees to find gainful employment. And the group’s other solutions include reserving incarceration for violent offenders.

The goal: to reduce Connecticut’s spending on the prison system, to reduce its prison population, to reduce its recidivism rate, and to close half its number of prisons. An admirable initiative spearheaded by a visionary attorney wise enough to seek out the bipartisan support necessary to implement the urgently-needed changes.

To order a copy of The Justice Imperative, visit: http://www.amazon.com/exec/obidos/ASIN/0988650975/ref%3dnosim/thslfofire-20

To learn more about the project visit: www.TheJusticeImperative.org 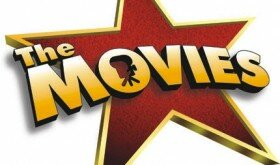 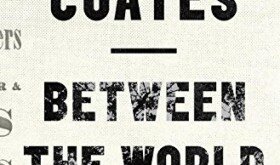 Between the World and Me

Between the World and Me by Ta-Nehisi CoatesSpiegel & GrauHardcover, $24.00168 pages, IllustratedISBN: 978-0-8129-9354-7Book Review by Kam Williams“In a profound work that pivots from the biggest questions about american history and ideals to the most intimate concerns of a father for his son, Ta-Nehisi Coates offers a powerful new framework for understanding our nation's history and current crisis.Americans have built an empire on the … END_OF_DOCUMENT_TOKEN_TO_BE_REPLACED

ACRONYM TO FOLLOW by Peter Brav   Finally Our Day has come There’s a Day for everything For doughnuts, siblings, eight track tapes Grilled cheese, daughters and sons to work Encouragement, Alzheimer’s Coffee, math, chewing gum Blasphemy, yo-yos And now finally One for us Truly a Day to celebrate National Don’t Shoot An Unarmed Brother Doctor King Not Seeing Progress George Orwell Laughing It Is So About the … END_OF_DOCUMENT_TOKEN_TO_BE_REPLACED

Housing Sales Increase but Questions Remain By Burt Carey   Big bankers and mortgage lenders like Bank of America and Merrill Lynch say changing demographics are fueling a first-time home buyers market in 2015 that may be short-lived. Real estate, it seems, is heating up – at least for value seekers. At the current rate, home sales are on pace to post their best year since 2007, even with increased prices. Fueling the action are … END_OF_DOCUMENT_TOKEN_TO_BE_REPLACED

USA: The Runner’s-Up Are Taking Over

USA: The Runner’s-Up Are Taking Over ~by Cindy Haynes   There are familiar stand-out locations in America that people wish to move to in their retirement years (or a heck of a lot sooner). But now, the runner’s up – the previously second or even third choices out there in America – are finding their way onto peoples’ bucket lists because of the complete overhaul these towns and cities have been accomplishing, even … END_OF_DOCUMENT_TOKEN_TO_BE_REPLACED 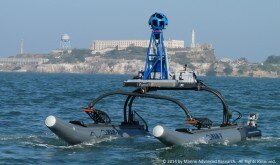 Green Technology Helping Map Marine World by Ted Lund   Residents of the San Francisco Bay area are among the first to benefit from a new program launched with the help of Google, which is changing the way researchers map shorelines and the global sea level rise. But at first glance, it’s obvious the vessel doing the heavy lifting isn’t just any ordinary boat. “It’s a Google Boat,” says staff scientist for the San … END_OF_DOCUMENT_TOKEN_TO_BE_REPLACED

MLB's Top 10 Stars Under Age 25 By Burt Carey   Don't look now but Major League Baseball's stars of tomorrow have already checked in, and in a big way. A record 20 players at this year's MLB All-Star game in Cincinnati were under 25 years old, marking a youthful push that hasn't been seen in the game for decades. With young players becoming baseball's biggest stars, it's worth a tip of the cap to salute the top 10 rated … END_OF_DOCUMENT_TOKEN_TO_BE_REPLACED 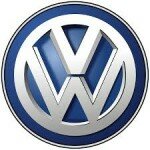 Move Over Toyota: VW Leads Global Sales for 2015 By Burt Carey   German automaker Volkswagen surpassed Toyota in the first six months of 2015, selling 5.04 million vehicles to become the world's top carmaker by sales. Industry analysts are weary, however, facing an unsure market in China, where economic struggles and a faltering stock market could have an impact on Volkswagen's sales for the rest of the year. China is VW's … END_OF_DOCUMENT_TOKEN_TO_BE_REPLACED 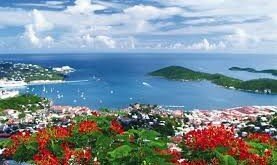 4 Great Tips for Booking a Fall Caribbean Cruise By Burt Carey Looking to slip away to the Caribbean for a week or two in the fall is a smart decision for those who enjoy cruises. Hurricane season in the Caribbean is classic deal season for experienced cruisers. With families and kids back in school and stormy weather threatening the region, the Caribbean actually becomes an adult playground in the fall, but you'll have to be … END_OF_DOCUMENT_TOKEN_TO_BE_REPLACED 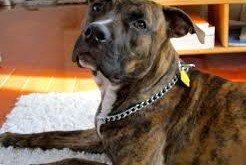 The ‘Green’ World Delves into Animal Bias   By Samantha Lewis   All headlines are packed with the horror and destruction that prejudice and violence are bringing about in the United States. People hurting people based on religion or skin color – issues that should have gone out of this country many, many decades ago. But there is also a great prejudice happening in the animal world – a bias that millions are trying to … END_OF_DOCUMENT_TOKEN_TO_BE_REPLACED