From the title of this article, you may think that this is all about conservation, organizations that promote and work on creating healthy habitats, or even companies promoting a greener, healthier planet. However, the real environment engineers we speak of are actually four-footed creatures whose mission it is to better nature’s ecosystem. 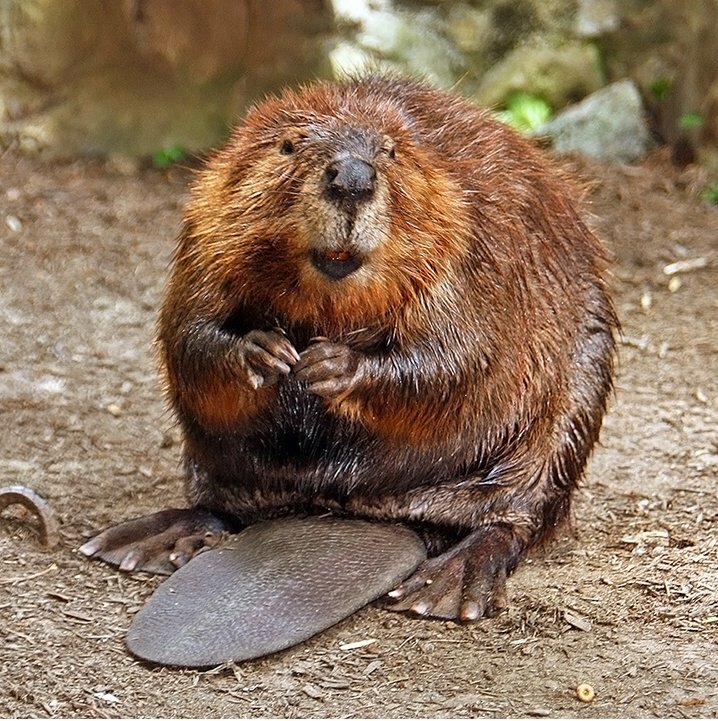 Not as mystical as, say, the wolf. Not as talked about as the Black Rhino or the long list of other species that are endangered and moving closer and closer to extinction. No, this little guy is sometimes forgotten about completely; yet, without them, the environment would be in far worse shape than it is already.

The beaver has a myriad of skills they’re born with that allow them to always be successful on their nature missions. It is no surprise that the term for an active person who gets things done is: “As busy as a beaver,” when you think about the amount of work these creatures do. Felling trees, changing waterways, building dams – the beaver not only does this to benefit themselves, mind you, but also to benefit other species…including humans.

Think about this: Dams help control both the quality and quantity of water both animals and humans utilize. The ponds, streams, and flooded areas they create are actually vibrant habitats that serve more plants and animals than you can shake a stick at. A variety of fish, insects, and birds benefit from the healthy world the beaver creates. And it is a fact that some animals choose to only live close by the beaver’s habitat.

However…like many animals the beaver has seen a horrendous drop in numbers over the centuries. Once upon a time in North America beavers could be found in almost every pond or stream you looked at. The statistics for the population were once out of this world, with some studies even stating that there may have been over 100 million+ of the creatures at one time. But during the early 20th century the beaver was suddenly looked at for their fur and not the part they played in a healthy environment. Thus, trapping became monumental and almost lent to the beaver’s complete extinction. Over time, as people grew wiser to the issues, reintroductions of the animal into various habitats brought the number back up to approximately 12 million. Big number, yes, but certainly not when you take the past into account.

For those who don’t understand the gift the beaver gives to nature, or know the animal that well, it’s easy to see why a great many people don’t see the positives when it comes to their work. They are incredibly beneficial to the land, and can halt the rapid approach of climate change. Can they stop it completely? No. But they can lend aid when it comes to areas where snow is melting far more rapidly than it once was, lending to droughts that last longer. Warming temperatures bring more rain than snow. And when the snow does fall, because of the early melt, the once gradual release of water has turned into an avalanche. Take the state of Utah, for example. Snow melt this past year happened almost 45 days earlier than the historical average, causing year-round streams to dry up, and harming fish and plant-life.

Beaver restoration and relocation efforts are occurring all over the country and have increased within the last five years. When the families once again begin to thrive, they build a dam and create a perfect habitat for all those other creatures in the ecosystem that rely on the beaver for help.

So take the time to “meet” and learn about this “busy” engineer. You’ll realize that without the beaver, global warming, climate change, and all the other negatives Washington, D.C. can’t seem to get a handle on will grow even worse…even faster.

OPENING THIS WEEK Kam's Kapsules Weekly Previews That Make Choosing a Film Fun by Kam Williams For movies opening June 16, 2017 BIG BUDGET FILMS 47 Meters Down (PG-13 for bloody images, intense peril and brief profanity) Harrowing tale of survival revolving around two sisters (Mandy Moore and Claire Holt) vacationing in Mexico whose scuba diving adventure turns into a desperate fight for their lives when their cage drops to the … END_OF_DOCUMENT_TOKEN_TO_BE_REPLACED

Author Expounds on Labor of Love

Peter Brav The “331 Innings” Interview with Kam Williams Author Expounds on Labor of Love Peter Brav is not much of a baseball player but he's written three novels where the diamond provides a setting for triumph over adversity in one way or another. Sneaking In (set during the 1999 Yankees championship season), The Other Side Of Losing (set during a Chicago Cubs championship season) and now 331 Innings (set in a small Nebraska town). … END_OF_DOCUMENT_TOKEN_TO_BE_REPLACED

The Day After the Day Of by Paul Ilechko   The sky sheds its tears. This morning is the morning of the day after. The day of mourning, the day after the day of.  I beseech the sky to shed tears in order to wash away the tears on my face.   This is the first day of the time after. This is the beginning of a new time, the days of pain, the days of sorrow. We are in mourning. The sky looks down and sheds its tears for … END_OF_DOCUMENT_TOKEN_TO_BE_REPLACED

How to Hire a Winner in Real Estate by Amy Lignor   You want to buy that new house because the twins are on their way. Little Betty and Little John are already there, but who knew you would have even more so soon? What’s that? Oh…well, of course, in order to buy that new home with four bedrooms instead of two, you will also need to sell your present homestead in order to get the money needed to start paying on a new one. And, of … END_OF_DOCUMENT_TOKEN_TO_BE_REPLACED 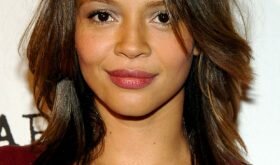 Carmen Ejogo The “It Comes at Night” Interview with Kam Williams Ejogo's Largo! Carmen Ejogo has established a distinguished career in both feature films and television. She is best known thus far for her leading role of civil rights activist ‘Coretta Scott King’ opposite David Oyelowo in Ava DuVernay's universally acclaimed SELMA as well as being singled out for her ‘mind-blowing’ lead role as Sister in SPARKLE alongside … END_OF_DOCUMENT_TOKEN_TO_BE_REPLACED

Living the ‘Skiff Life" By Craig Lamb Fishing hard. Playing harder. Cruising the skinniest of water, or heading out miles away from shore into the blue water. Doing the heavy lifting and transporting the goods for a job. Spending quality time with family and friends on a secluded beach. Watersports? Yep, you do that too. Scuba diving over a wreck in the bay. Snorkeling over a reef on the lookout for a lobster dinner. All of the above … END_OF_DOCUMENT_TOKEN_TO_BE_REPLACED

Experience the College World Series of Omaha: “The Greatest Show on Dirt!”

Experience the College World Series of Omaha: “The Greatest Show on Dirt!” by Amy Lignor   Baseball lovers, the time is upon us. The College World Series of Omaha is gearing up for 2017! Opening Celebration Day will be held on Friday, June 16th. Free and open to the public, activities begin at 9:10 a.m. (CDT) with team practices followed by team autograph sessions. The CWS Fan Fest will provide family-friendly entertainment, … END_OF_DOCUMENT_TOKEN_TO_BE_REPLACED

Your Investment Adviser Has New Rules

Your Investment Adviser Has New Rules by Amy Lignor   So, what is a fiduciary? It’s quite simple, really. A fiduciary is any person whose recommendations for buying or selling allocations are in the client’s best interest. They are the people out there who give you that ultimate advice when it comes to contributions, distributions, IRA’s, annuities, insurance policies, and so much more. They are also the people who take … END_OF_DOCUMENT_TOKEN_TO_BE_REPLACED

Adventure Trips That “Erupt” with Excitement

Adventure Trips That “Erupt” with Excitement by Amy Lignor   This is one of those articles for that ‘Indiana Jones’ breed out there who wants nothing but excitement, adventure and a bit of living-on-the-edge when it comes to where they wish to spend their summer vacation. Yes, there are those groups of travelers out there that find nothing cooler than heading to the hottest places in the world that could literally erupt at any … END_OF_DOCUMENT_TOKEN_TO_BE_REPLACED

Creating the Perfect Vegetable Garden by Amy Lignor   Many are still dealing with that wintery mix Mother Nature just loves to toss down from the sky this time of year. Yet, that gardener living inside the soul – the one just dreaming of the sunny skies and lazy rainy days that are must-haves in order to grow the best vegetables possible – is already jotting down the facts, tricks and tips they need to know in order to make that … END_OF_DOCUMENT_TOKEN_TO_BE_REPLACED