Who is Pope Francis? Baptized Jorge Mario Bergoglio, he was born in Argentina on December 17, 1936. He would follow his calling at an early age by entering the seminary while still in his teens. 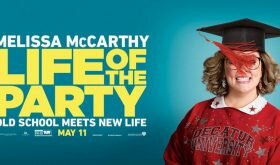 Deanna Miles (Melissa McCarthy) was a junior in college when she got pregnant and dropped out of school to have the baby. She married her boyfriend, Dan (Matt Walsh), who finished his degree and kickstarted his career while she remained a stay-at-home mom.

A couple of months after the attack on Pearl Harbor on December 7, 1941, President Roosevelt issued Executive Order 9066. In accordance with this directive, over 100,000 U.S. citizens of Japanese ancestry were herded up and taken to internment camps for the duration of World War II.

On March 3, 1991, five LAPD officers were caught on camera beating an unarmed black man who had led them on a high-speed chase instead of pulling over as directed. That driver, Rodney King suffered a broken ankle, a broken cheekbone, and numerous skull fractures and chipped teeth in the assault

Back in the Eighties, Keith Mahar (Russell Peters) was a child actor who found fame playing the young sidekick to charismatic Adam King (Clancy Brown) on a hit TV series. But after the show was canceled, Keith\’s career collapsed and his parents frittered away his pay by the time he became an

Ads for Sgt. Stubby: An American Hero bill the film as “The Incredible True Story of America’s Top Underdog.” Yet, the movie itself features this contrary disclaimer, albeit at the end and in small print: “Although based on historical events, all 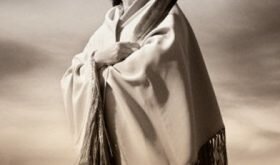 “They made us many promises… more than I can remember, but they never kept but one. They promised to take our land… and they took it.” That observation was made by Chief Red Cloud (1822-1909) towards the end of his life, after he’d witnessed the white man break treaty after treaty made with Native American tribes.

Filed Under: Entertainment Tagged With: 100 Years: One Woman's Fight for Justice, Film Review by Kam Williams 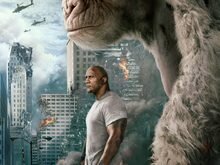 Hey, sci-fi fans, did you find it hard to stomach the sight of a human mating with another species in The Shape of Water, too? If so, have I got a movie that\’ll wash the bad taste right out of your mouth. 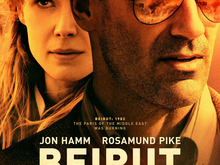 In 1972, Mason Skiles (Jon Hamm) was a career U.S. diplomat delighted to be serving his country overseas in Lebanon. In fact, he and his wife Nadia (Leila Bekhti) were so comfortable living in the Middle East that they had decided to adopt Karim (Idir Chender), a 13 year-old Palestinian refugee. 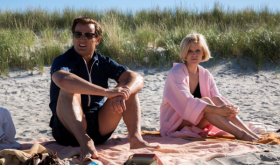 On July 18, 1969, Senator Ted Kennedy (Jason Clarke) hosted a reunion in a rented cottage on Chappaquiddick, a tiny island just 150 yards off the coast of Martha\’s Vineyard. The gathering was in honor of the Boiler Room Girls, a half-dozen women who had worked on his late brother Bobby\’s aborted presidential campaign the previous year.