Academy Snubs Leading Contenders from the Year of the Black Film 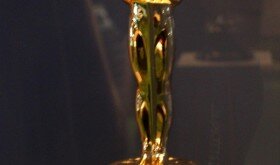 Oscar Buzz Deferred       by Kam Williams 2013 was widely lauded as the “Year of the Black Film,” but you would never know it, judging by the recently-announced list of Oscar nominations. It looks like the Academy settled on 12 Years a Slave as a sort of token black representative, with Steve McQueen (Director), John Ridley (Adapted […]