Super Volcanoes Could Be a Catastrophic For Civilizations 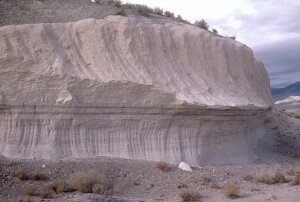 Volcanoes capable of super-eruptions that could be catastrophic for civilizations have short fuses, according to new research conducted at Vanderbilt University.

Super-eruptions are more than 100 times the size of ordinary volcanic eruptions like Mount St. Helens. These types of eruptions spew out super-heated gas, ash and rock, and are capable of leveling entire continents.

Researchers say that there is evidence of one super-eruption that took place in Indonesia 74,000 years ago that came close to wiping out the entire human species.

Geologists believe that a super-eruption is produced by a giant pool of magma that forms a couple of miles below the surface of the Earth, simmering for 100,000 to 200,000 years before erupting. However, a new study says the time frame that these giant magma pools can form and erupt may be shorter than previously thought.

According to the latest study published in the journal PLoS ONE, these giant volcanoes may only exist for a few thousand years before erupting.

“Our study suggests that when these exceptionally large magma pools form they are ephemeral and cannot exist very long without erupting,” Guilherme Gualda, the assistant professor of earth and environmental sciences at Vanderbilt University, said.

The researchers investigated remnants of the Bishop Tuff for their study, which is the Long Valley super-eruption that occurred in east-central California 760,000 years ago.

The team used the latest methods for dating the process of magma formation and found several independent lines of evidence that indicate the magma pool formed within a few thousand years, potentially even within a few hundred years, before erupting.

These giant magma pools are shaped like pancakes and are 10 to 25 miles in diameter, and one half to three miles deep.

During the beginning of developing a super eruption, molten rock in these pools is mostly free from crystals and bubbles, but once they form, these elements that help make up the eruption form gradually and progressively, changing the magma’s physical and chemical properties.

Geologists do not know of any giant crystal-poor magma body that currently exists, but the team believes this magma body only exists for a short period of time, as opposed to previous theories of lasting for thousands of years.

The researchers determined crystallization rates of quartz in order to obtain information about the lifespan of the giant magma bodies.

They developed four independent lines of evidence that agreed that the formation process took less than 10,000 years, and most likely between 500 to 3,000 years, before the eruption.

Gualda and his colleagues suggest that the zircon crystal measurements record the extensive changes that took place in the crust that was required before the giant magma bodies start forming.

“The fact that the process of magma body formation occurs in historical time, instead of geological time, completely changes the nature of the problem,” Gualda wrote.

He said that geologists need to regularly monitor areas where super-eruptions are likely to occur, which would help provide advanced warning if a magma body begins to form. 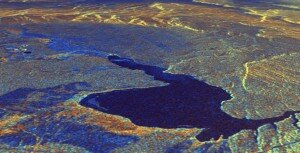 Ok. I know this may be hard to believe but some of you didn’t know that I was a contestant on the GSN (Game Show Network) new bodypainting reality contest show, Skin Wars. Produced by Michael Levitt and Jill Goularte. Hosted by Rebecca Romijn. Judges were RuPaul, Craig Tracy (my personal hero) and Robin Slonina of Skin City. It is still currently airing Wednesday nights 9pm eastern/8 central on GSN. If you want to find the channel in your area go … END_OF_DOCUMENT_TOKEN_TO_BE_REPLACED

Jeff Boswell of Republic Ranches: Increasing Return by Enhancing the Land   In the real estate realm, people will find just about everything. But when it comes to finding the right real estate brokers who not only know the area they represent, but are also true land stewards at heart, it is Republic Ranches that stands alone at the top of the pack. There are many reasons for this, but the one that definitely makes them unique … END_OF_DOCUMENT_TOKEN_TO_BE_REPLACED

Darryl and Tracy Strawberry “The Imperfect Marriage” Interview with Kam Williams Team Strawberry!   Darryl Strawberry was a prodigious home run hitter who won four World Series as a member of the New York Mets and New York Yankees. The retired baseball great was also the National League Rookie of the Year in 1983 as well as an 8-time All-Star over the course of his storybook career. Today, Darryl’s purpose and passion is … END_OF_DOCUMENT_TOKEN_TO_BE_REPLACED

Effective Shotgunning for Deer: A penetrating argument for using quality slugs   The buck steps from behind a tree.  There’s your shot—broadside, a mere 50 yards away, a clear path.  Your shotgun barks, and the big deer drops in its tracks, perfect shot placement just behind the shoulder…exactly the way it’s supposed to be. Trouble is, few things in hunting turn out the way they’re “supposed to be.”  More likely the … END_OF_DOCUMENT_TOKEN_TO_BE_REPLACED

NFL: Forget the Experts & Break Out the Crystal Ball ~ Amy Lignor It is already fun to look back on the experts original picks for this NFL season and see how they have begun. This is no crystal ball…right? After all, experts know the rookies, the oldies, the challenges, the coaches, the stats, and everything in between – so the picks by the experts should definitely be far more educated than ours would be if sitting around a table … END_OF_DOCUMENT_TOKEN_TO_BE_REPLACED

Recently I was invited by a friend of mine who is a photographer for the oil and gas industry to go on a tour of a Colorado local energy company, Noble Energy. I went because I am the idiot who likes to hear both sides of a story. I'd also prefer to know something first hand than hearsay. So I went to learn about Fracking. I went on this tour with the same basic knowledge that most of the people I know have about Fracking. 1. Fracking is … END_OF_DOCUMENT_TOKEN_TO_BE_REPLACED

The Mystery & Myths of the Badlands   Badlands National Park is not only one of the most amazing scenic spots in the world, but it is also one of the most eccentric. That area is a type of other-worldly experience, as if the land holds mysteries and myths hidden deep within the buttes. The high rock formations seem to dare and challenge you to reach the top; perhaps climb as far and fast as you can in order to meet the … END_OF_DOCUMENT_TOKEN_TO_BE_REPLACED

The ‘Green’ of the Gaming Industry  ~ Samantha Lewis ‘Green’ comes in two forms with the gaming industry in 2014. The ‘green’ – as in cash – is what the gaming industry is seeing more and more of these days. There have been huge deals announced in the marketplace just this past week – with Amazon buying Twitch for $970 million dollars. Twitch is a service, by the way, that is actually based on allowing users to watch and broadcast video game … END_OF_DOCUMENT_TOKEN_TO_BE_REPLACED