Imagine being wrongfully accused of a crime, thrown into a prison, then executed all based on little to no evidence that you actually committed a crime.

Your first thought is most likely, “How could that actually happen?” But it is happening every day in cities all over the world. Pit Bulls are being seized from their homes, locked up, then murdered by local courts all based on a raging hysteria that has no basis in fact.

Michelle Dozier, of Clifton, Arizona has lived every dog owner’s worst nightmare. It started November 18th 2011 when an Animal Control Officer and a deputy showed up at Michelle’s door demanding she relinquish her three dogs, Faith, Tuppy, and Tony over to them. This demand was based on allegations made by a neighbor that Michelle’s dogs had killed their dog. Michelle begged and pleaded to keep her dogs with her but they were seized and taken away.

For several months Michelle fought the charges and the court. In March of 2012 two dogs, Tuppy and Faith were released back to Michelle. Tony was kept at Animal Control and was court ordered to be euthanized, deemed the aggressor based on his Pit Bull breed. What the court failed to acknowledge was that Tony had two broken front canine teeth making it impossible for him to have made the bite wounds that were found on the neighbor’s dog.

Michelle continued to fight for her dog through petitioning and social media. 40, 000 people worldwide stood by her side and rallied with her for Tony’s life to be spared. But the public outcry was ignored, the lack of evidence was ignored and Michelle’s pleas for mercy for her dog were ignored. On June 18th, 2012, Tony was euthanized by order of the Justice of the Peace Grace Nabor.

Michelle Dozier cried and the world cried with her. Michelle will never forget her dog Tony nor will she ever forget the nightmare she and her family were subjected to by small town court corruption and breed specific hatred and prejudice. Her life will never be the same. Tony can never be brought back. But he will not be forgotten.

In October 2012, author Denise Carey-Costa published her book “Tony’s Tale, Tragedy in Arizona” exposing the story of Tony and Michelle and the injustice they endured.

In July of 2014, author Denise Carey-Costa teamed up with filmmaker Josh Mitchell to produce the documentary film of the same name. The film shows through use of interviews and flashbacks the life of Tony, his 7 years on earth as a beloved family member and pet to his untimely death.

Josh Mitchell and Denise Carey-Costa will be promoting the film at the Sundance Film Festival in January of 2015 and Michelle Dozier would love nothing more than to attend the film festival as well.

But due to financial constraints and being limited to when she can work while taking care of her handicapped sister 24/7, this is almost impossible for her.

Please help Michelle go to the film festival by donating to her fundraiser at http://www.gofundme.com/TonysTaleSundance. Give her the opportunity to see her beloved Tony immortalized on the screen and to bring awareness for the continued murder of dogs like Tony throughout the world.

The above story was first published on Examiner.com and is reposted here with the permission of the author.

Earth to Echo DVD Review by Kam Williams "E.T." Inspired Adventure Arrives on DVD   Most people know E.T. revolves around several kids who befriend an alien stranded on Earth and eager to return home before ill-intentioned adults can do him any harm. That coming-of-age classic landed four Academy Awards back in 1983, and was even voted the best sci-fi of all time in a recent survey by Rotten Tomatoes. But if you’re too young to … END_OF_DOCUMENT_TOKEN_TO_BE_REPLACED

Orgasm Photographs & Interviews by Linda Troeller and Marion Schneider Daylight Books Hardcover, $35.00 188 pages, Illustrated ISBN: 978-0-9897981-3-6 Book Review by Kam Williams “Due to the repression and shame imposed by patriarchy, we are still at the onset of exploration of female sexuality and eroticism. Not only does this book reveal the power, divinity, originality and necessity of female orgasm, but by giving women agency and … END_OF_DOCUMENT_TOKEN_TO_BE_REPLACED

Recently I made a discovery that the reason it feels that I have been swimming against the current all by myself trying to figure out what’s wrong is because I am in a vast sea of people who are all around me thinking the same thing. Haven’t you felt it too? Some strange inertia holding you back from that next realization that will give you the breakthrough financially? in your relationship, in your self worth and value? in meaningful work? … END_OF_DOCUMENT_TOKEN_TO_BE_REPLACED

Land to Table: Texas-Grown Olive Oils Brought to you by the Henry Family Growing olives in the Lone Star State is all about climate. “Even today people tell us that we can’t grow olives in Texas, but they are basing their opinions on a lot of antiquated information,” says Jim Henry of Texas Olive Ranch.; “It’s a better area for olives, and I’m looking forward to seeing how it produces,” Jim says. “The most important part is … END_OF_DOCUMENT_TOKEN_TO_BE_REPLACED

There's Silver Out There Fall Fishermen Score in the Tidewaters with Kings and Tarpon by Capt. Ted Lund   815 words   Fall months along the Southeast US translate into some of the best fishing of the year for coastal anglers from South Carolina and Georgia down to South Florida. This is a great time of year for offshore anglers, but anglers owning crossover boats like Tidewater's 2200 Carolina Bay can get in … END_OF_DOCUMENT_TOKEN_TO_BE_REPLACED

Sunday Night Massacre or Surprise?  ~ Amy Lignor Okay, people…tell the truth. Is outdoing Favre in the 500-club the most important thing to a Bronco? Is destroying the Seahawks and the Broncos the most important thing for a 49er? Well…it shouldn’t be, and most likely isn’t. But they are two things that live within the soul of various players and fans that would be a whole lot of fun to see accomplished.   The 49ers still harbor anger … END_OF_DOCUMENT_TOKEN_TO_BE_REPLACED

Recently I was invited by a friend of mine who is a photographer for the oil and gas industry to go on a tour of a Colorado local energy company, Noble Energy. I went because I am the idiot who likes to hear both sides of a story. I'd also prefer to know something first hand than hearsay. So I went to learn about Fracking. I went on this tour with the same basic knowledge that most of the people I know have about Fracking. 1. Fracking is … END_OF_DOCUMENT_TOKEN_TO_BE_REPLACED

The Mystery & Myths of the Badlands   Badlands National Park is not only one of the most amazing scenic spots in the world, but it is also one of the most eccentric. That area is a type of other-worldly experience, as if the land holds mysteries and myths hidden deep within the buttes. The high rock formations seem to dare and challenge you to reach the top; perhaps climb as far and fast as you can in order to meet the … END_OF_DOCUMENT_TOKEN_TO_BE_REPLACED 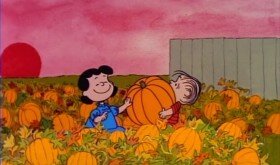 The ‘Great Pumpkin’ Thrives ~ Samantha Lewis Charlie Brown had it years ago, and ever since then both gardeners and children who love Charlie Brown’s stories (which will forever be a part of American holiday television), know how amazing it is to create that ‘Great’ pumpkin for all the world to see. However, it is also really interesting and important to note that growing those pumpkins helps the earth, and makes the environment so much … END_OF_DOCUMENT_TOKEN_TO_BE_REPLACED

Filed Under: pets and animals