In preparation for the 2014 beach season, SJCFR has scheduled our annual orientation and tryouts for seasonal lifeguard personnel. If you are interested in employment with SJCFR as a seasonal beach lifeguard you are invited to attend an orientation meeting to find out more information on our program.

Orientation meetings will be held on the following dates and times at the Fire Rescue Beach Office located at 366 A1A Beach Blvd, St. Augustine, FL.

Tryouts will be held on the following dates and times at the Solomon Calhoun Community Center located at 1300 Duval Street St. Augustine, FL. Initial paperwork must be completed prior to completing the tryout.

Class hours will be as follows:

If you would like further information please visit our website at www.sjcfl.us, check us out on facebook at Marine Rescue Recruit or via Fire Rescue at: www.facebook.com/sjcfirerescue

Misty Copeland The “Life in Motion” Interview with Kam Williams   Misty en Pointe   Born in Kansas City, Missouri on September 10, 1982, Misty Copeland Is a soloist at the American Ballet Theatre. A recipient of the Leonore Annenberg Fellowship in the Arts, Misty is also an inductee into the Boys and Girls Club Alumni Hall of Fame. She lives in New York City and can be visited online atwww.MistyCopeland.com  and … END_OF_DOCUMENT_TOKEN_TO_BE_REPLACED

A True Wordsmith Offers up Suspicion

A True Wordsmith Offers up Suspicion  ~ Amy Lignor There are many authors who take a reader ‘slowly into that good night’. However, the real genius knows how to create the ultimate lead-in. They are the wordsmiths who can, in one page or one paragraph, grab the reader’s attention and never let go. This is one author who does just that.   Abe Lincoln’s bodyguard decides to stay for another drink at the bar while at Ford’s Theatre … END_OF_DOCUMENT_TOKEN_TO_BE_REPLACED

For our March Walk on White, we will be feauring works by Elizabeth Devries, Coco Eriksen, Helen Harrison, Vera Vasek, and more of your favorite Harrison Gallery artists. Like us on … END_OF_DOCUMENT_TOKEN_TO_BE_REPLACED

Brought to Your Table by the Brown Family A van pulls up to Amaltheia Dairy. Kids pop out, glance around, and ooh and aah at the snowcapped mountains and expansive green and yellow fields. A squealing piglet delights. Sue and Melvyn Brown are no strangers to groups like this; they host a variety of tours not only for those who want to pet a goat but also for those who want to see a successful sustainable farming business … END_OF_DOCUMENT_TOKEN_TO_BE_REPLACED

Out of the Box

Out of the Box Well, looks like Jack finally did it!  After all those years of being of being stuffed back into the box, he found escape. Good ‘ol Jack in the Box, have you ever wondered who the sicko was that invented such a bizarre toy to scare the crap out of children?  Clowns and gags go together, but this goes way beyond funny. You can’t tell me that you did not get the day lights scared out of you the first time that Jack … END_OF_DOCUMENT_TOKEN_TO_BE_REPLACED

The Excitement of the Marathon

The Excitement of the Marathon ~ ZZ Troutski Walking is the healthiest sport you can be a part of in the physical fitness realm, but for many people the run through the forest or the pounding of their sneakers on the blacktop is their number one choice for losing weight, while getting back to nature.   The life of the runner is exciting, even though some see long-distance running as a bit of a bore. But let’s be real; when you head … END_OF_DOCUMENT_TOKEN_TO_BE_REPLACED 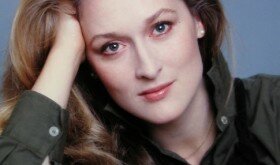 UCONN: The Meryl Streep of the NCAA ~ Amy Lignor Meryl Streep is brought up in all conversations when it comes to fantastic acting. When you switch gears to the college basketball realm, it is the UCONN Huskies that are looked at as the Streep of their industry, except for the fact that they have won eight instead of Meryl’s measly three Oscars out of eighteen career nominations.   In the acting world, being the owner of three … END_OF_DOCUMENT_TOKEN_TO_BE_REPLACED

Turn on the Tube

Turn on the Tube  ~ by Sherry Gillam Cable news is still watched by many…but not too many in 2014. Seems Comedy Central’s team of Stewart and Colbert are the biggest choice when it comes to news. Because even though they’re hysterical, they are actually telling the absolute truth and exploring the headlines. The second choice has become the Tube…YouTube. And that is where you and your company need to be in order to build your brand and claim … END_OF_DOCUMENT_TOKEN_TO_BE_REPLACED

For our March Walk on White, we will be feauring works by Elizabeth Devries, Coco Eriksen, Helen Harrison, Vera Vasek, and more of your favorite Harrison Gallery artists. Like us on … END_OF_DOCUMENT_TOKEN_TO_BE_REPLACED

The Rites of Spring…Cleaning ~ Samantha Lewis For those in the East, the term ‘Spring’ is not at all on their lips when they keep turning on the television weather and seeing the next, brand new snowstorm headed their way. For the rest of us, however, spring brings with it a great deal of fun, more warmth, more sunshine, and yes, the need to clean up all the dust, dirt, dog and cat hair, etc., that has accumulated in the house while the windows … END_OF_DOCUMENT_TOKEN_TO_BE_REPLACED