Nenette (Josiane Balasko) never left home because of her mentally-disability. So, you can imagine the shock when her mother, the loving, lifelong caretaker who had shielded her from the cruel world for over a half-century, suddenly passes away.

Finding herself in desperate straits, the autistic orphan decides to search for Antoine Berard, the long-lost father she’s never

known. So, with her pet turtle Tootie in tow, Nenette sets out on foot for Angers, the town where he’s rumored to run the local pharmacy.

En route, however, she becomes lost in the woods and is lucky to stumble upon punk rock ravers inclined not only to protect her from the elements but to give Nenette a ride to her destination. Unfortunately, the disheveled drifter soon discovers that her dad has been dead for over 15 years.

The good news is that the business was inherited by his son, Paul (Michel Blanc), a half-brother Nenette didn’t know she had. The bad news is that he’s an irascible misanthrope who doesn’t get along with his customers, his staff, or even his own family.

Worse, when Nenette shows up unannounced, the miserly curmudgeon is initially more worried about protecting his inheritance than his vulnerable sibling’s welfare. Therefore, he starts circling the wagons instead of welcoming her with open arms.

First, he consults an attorney about cutting her out of their father’s estate. Then, he hastily makes arrangements to ship her right back where she came from.

That plan goes totally awry when well-meaning Nanette accidentally spikes his coffee with a couple of hits of Ecstasy. The mood-altering drug puts Paul into a euphoric state for an eventful day of redemption during which he proceeds to mend fences with estranged friends and relatives. Thus, the burning question becomes whether the narcotic will have a temporary or salutary effect on him.

Written and directed by, and starring Josiane Balasko, Demi-Soeur is a touching tale which might best described as an engaging blend of Nebraska (2013) and Amelie (2001). For, Nenette exhibits the same dogged determination as Bruce Dern in the former film, as well the endearing naivete which enabled Audrey Tautou’s title character’s ability to touch the hearts of everyone she encountered in the latter.

A poignant parable which puts what matters most in proper perspective.

In French with subtitles 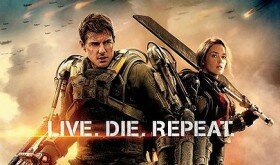 OPENING THIS WEEK Kam's Kapsules: Weekly Previews That Make Choosing a Film Fun by Kam Williams For movies opening June 6, 2014 BIG BUDGET FILMS Edge of Tomorrow (PG-13 for profanity, intense violence and brief sensuality) Infinite loop sci-fi starring Tom Cruise as the recently-deceased soldier called upon to travel back in time repeatedly to defend the planet against a bloodthirsty race of aliens bent on world domination. With Emily … END_OF_DOCUMENT_TOKEN_TO_BE_REPLACED 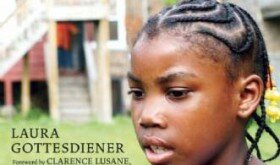 For our March Walk on White, we will be feauring works by Elizabeth Devries, Coco Eriksen, Helen Harrison, Vera Vasek, and more of your favorite Harrison Gallery artists. Like us on … END_OF_DOCUMENT_TOKEN_TO_BE_REPLACED

GIVE DAD THE GIFT OF LAND FOR FATHER’S DAY!   Just in time for Father’s Day “The Magazine of the American Landowner” — THE LAND REPORT — is offering a one-time exclusive discount.   Normally priced at $59.99 for a 1-year subscription, THE LAND REPORT is only $15 for a limited time by using code “POPS” when checking out on their website, LandReport.com/subscribe.   “Every issue of the magazine we … END_OF_DOCUMENT_TOKEN_TO_BE_REPLACED

Bonnie Holmes-Gen: On Pollution and Air Quality in America

The Ultimate Thrills and Chills are Found in the Canyon

The Ultimate Thrills and Chills are Found in the Canyon ~ ZZ Troutski Diehard sports lovers want thrills. They want to be able to dive into a sport that increases the pulse rate and allows the adrenaline to rush through their bloodstream.   Although there’s a list; motocross, deep-sea diving, parachuting, etc., canyoneering is increasing in popularity in the United States. Heading into the canyon is exhilarating, and the techniques … END_OF_DOCUMENT_TOKEN_TO_BE_REPLACED 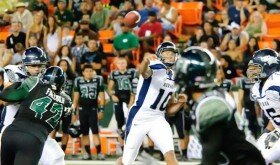 Expectations Always Mount Up in the Off-Season

Expectations Always Mount Up in the Off-Season ~ Amy Lignor As every fan knows - not to mention the players that are in the owners and coaches spotlights - expectations can become rather high in the off-season surrounding certain players. Makes sense; after all, they are the ones who bring home the ‘green’, and they are the ones counted on to better the team because they were so ‘amazing’ in their respective colleges.   Now that … END_OF_DOCUMENT_TOKEN_TO_BE_REPLACED

Want to Join Us On The Nerium Cruise Ship For FREE??   Nerium has broken every record for sales and more. Not even 3 years old and we are ranked #54 on the top 100 Best Global Companies by Direct Selling News. And in just our first 30 months we did over $400 Million in sales, mostly with our first product.   With the launch of a new cream for cellulite called NeriumFirm, sales are sure to double again in the not too distant … END_OF_DOCUMENT_TOKEN_TO_BE_REPLACED

Ah…Circus Animals! The mighty lion is King; roaring loudly at the small dude, he wants nothing more than to grab that whip and chair and show the guy exactly who’s boss! The elephants are the lumbering giants who bring awe and cheers from the crowd. But, the giraffe is…under-appreciated. Not only must he ride across the country in that big circus train with his head through the roof, getting all kinds of mosquitoes stuck in his teeth, … END_OF_DOCUMENT_TOKEN_TO_BE_REPLACED

The Luxurious Life…in Green  ~ Samantha Lewis Looking at mansions is a lot like watching the old ‘Lifestyles of the Rich & Famous.’ Although 99.999% of us cannot currently afford even the tool shed resting on the mansion’s property, let alone being able to purchase the ‘big house’, it remains super-fun to witness the extraordinaire.   Although we all get to live ‘green’ lifestyles, choosing to dress up our own homes with … END_OF_DOCUMENT_TOKEN_TO_BE_REPLACED