This is the third book in Callow’s series featuring lawyer, Kate Lange. Readers first met her in the titles: Damaged and 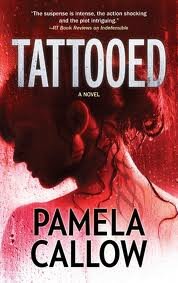 Indefensible; but if you have not read these previous novels, this will perhaps hinder you a bit even though the story is amazingly suspenseful and will definitely hold your interest until the very last page.

On the outskirts of Halifax, Nova Scotia, a murder victim is discovered in a bog. Extremely difficult to come up with an actual identity for the corpse, the law turns to other identifiers – including an odd tattoo that is found on the dead woman’s skin. It is this piece of information that leads police to local tattoo artist, Kenzie Sloane, where they find an even bigger surprise. Not only does the artist remember the victim, but they also share the exact same tattoo…not to mention a very dark secret.

Kate Lange does have a slight history with the tattoo artist. In fact, she was a former friend of Kate’s now deceased sister, Imogen. So it is no surprise that Kenzie turns to Kate for help when she ends up arrested for the murder of the young woman found in the peat bogs. Willing to help Kenzie with her situation, Kate also finds herself stuck in a very strange situation. You see, Kate is STILL searching for clues as to why and who murdered her own sister. And it does seem more than a little strange that Kenzie is nowfacing a murder charge only a short time after Imogen met with death.

Someone is out there in Halifax who knows all about the past and the very tantalizing story of the matching tattoos. Not only is this ‘someone’ watching very carefully to see what Kenzie will reveal, but they are also truly obsessed with the tattoo artist who will soon be fighting for her life.

This is a very well-written book, but it certainly would be a good idea for all readers to delve into the first two in order to have all the facts that are not given in this particular novel. Enjoy! 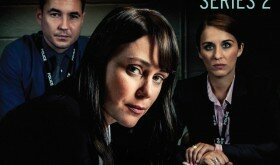 Ok. I know this may be hard to believe but some of you didn’t know that I was a contestant on the GSN (Game Show Network) new bodypainting reality contest show, Skin Wars. Produced by Michael Levitt and Jill Goularte. Hosted by Rebecca Romijn. Judges were RuPaul, Craig Tracy (my personal hero) and Robin Slonina of Skin City. It is still currently airing Wednesday nights 9pm eastern/8 central on GSN. If you want to find the channel in your area go … END_OF_DOCUMENT_TOKEN_TO_BE_REPLACED

When owning property, there’s a list of information, rules, regulations, and rights the landowner needs to know in order to make sure that their property meets their objectives, whether it be a recreational or commercial investment. And for some, when it comes to managing resources and receiving the best benefits available, use of a tool referred to as a ‘conservation easement’ is one path to take.   By putting a … END_OF_DOCUMENT_TOKEN_TO_BE_REPLACED

Tested: Wicked Ridge Crossbow's Invader HP For a company that's been around for less than a decade, Wicked Ridge Crossbows has stormed onto the hunting scene with an impressive array of equipment, and its most recent introduction, the Invader HP crossbow, is perhaps its most remarkable product yet. If you read the company's advertising, you know Wicked Ridge to be "TenPoint Tested, TenPoint Tough," a less than subliminal message … END_OF_DOCUMENT_TOKEN_TO_BE_REPLACED

The ‘Invisible’ Manning WILL Be Heard! ~Amy Lignor Yes, we all hear about Peyton and his Broncos almost every minute of the day. But it seems, thus far, that his little bro (the one with more rings than his brother, but far less press), is having the time of his life right now. He is setting the Giants up to look good – very good – as contenders this season. And he has one thing his poor brother doesn’t have, receivers he knows and can work … END_OF_DOCUMENT_TOKEN_TO_BE_REPLACED

Recently I was invited by a friend of mine who is a photographer for the oil and gas industry to go on a tour of a Colorado local energy company, Noble Energy. I went because I am the idiot who likes to hear both sides of a story. I'd also prefer to know something first hand than hearsay. So I went to learn about Fracking. I went on this tour with the same basic knowledge that most of the people I know have about Fracking. 1. Fracking is … END_OF_DOCUMENT_TOKEN_TO_BE_REPLACED

The ‘Green’ of the Gaming Industry  ~ Samantha Lewis ‘Green’ comes in two forms with the gaming industry in 2014. The ‘green’ – as in cash – is what the gaming industry is seeing more and more of these days. There have been huge deals announced in the marketplace just this past week – with Amazon buying Twitch for $970 million dollars. Twitch is a service, by the way, that is actually based on allowing users to watch and broadcast video game … END_OF_DOCUMENT_TOKEN_TO_BE_REPLACED