You are here: Home / Business / Oh…To Be in London Now That Summer is Here!

Oh…To Be in London Now That Summer is Here!

I have to say, I have always wanted to partake of the atmosphere of London. In fact, ever since I read my first Harry Potter, I’ve wanted to head straight for that city and have a seriously good time. Now, I do have to say that I would MUCH rather have American apple pie than feast on a desert called ‘spotted dick,’ but the accent, the mist, the ancient castles, the ruins, the legends, the mysteries – all of that British ‘coolness’ is SO something I want to experience. 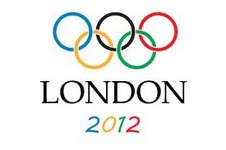 And now they are receiving the 2012 athletes, fans, and people like me who have thrown caution to the wind (caution meaning that job we’re supposed to go to), and are hightailing it over to London in order to be a part of what is sure to be a memorable Summer Olympic Games. It was hysterical this morning when I read about the fact that the largest airport in all of Europe was already welcoming a record number of people that included media members, officials, and athletes to Heathrow.

It is being called “Britain’s biggest peacetime transport challenge” – and I can see why. Almost 250,000 people are expected to descend upon London and the actual airport has gotten together over a thousand volunteers to work as “meeters and greeters.” This is one of those moments in time where everyone is wearing a smile on their face. Nice change, right? In a year that is and will remain all political, financial and, basically, annoying as all get out with the talk of the end of the world, Mayan ridiculousness and the battle between officials that don’t seem to know WHAT is going on with us regular people in the world, it is SO nice that everyone is going to one location to ENJOY life and relax a little bit! Frankly, it would be nice if all of us could go!

In another article we looked at the ‘big and unforgettable names’ over time that have vaulted gymnastics to a way higher level over the years; we’ve also looked at the swimmers who raced through the water or dove into said water with nary a splash seen on T.V.; as well as giving a thumbs-up to the oldest athlete in the world who took home a medal for being able to shoot as well as Robin Hood could with that bow and arrow But, of course, no Olympic promo or recap would be correct without speaking about the U.S. Men’s Basketball Team. I know…the ‘Dream Team’ will forever be THE ones as far as Olympic history is concerned, so it’s extremely interesting to ‘hear’ among the bloggers and various other sites that they feel this year’s team will be even better.

Really? Come on. You are talking about a team that consisted of the best basketball players, probably of all time, who were at the very pinnacle of their success. Michael Jordan (no need to say more). Scottie Pippen, Larry Bird, Charles Barkley… So when people start saying that this year’s Summer Games are going to be better than that illustrious group, it’s a little hard to believe (no offense).

The one that will be good – and will be watched (don’t throw your computer across the room; I know everybody has their favorites), is Kobe Bryant. Bryant is actually one of the ‘people’ out there who did say they could beat the ‘Dream Team,’ by the way, which made Barkley laugh out loud. We have spoken in the past, as has everyone in the sports world about this man, and gasped at the talent and skill he’s shown the world over time.

The issue a lot of people are speaking about, however, is the fact that Kobe may just retire fairly soon. He’s even said that thirty-five years of age is coming and he may just bow out when that event arrives. This could very well be the last chance for Kobe Bryant to ever play in an Olympic Games, and that MAY just mean he’s going to go out and give a performance that will be even better than the ‘Dream Team’…but he’s going to have to work really, really hard to make that happen.

The latest news about what this new ‘hopeful’ team is doing is the fact that this weekend they were in our nation’s capital getting ready to head on over to London and prepare to walk in the opening ceremonies. In Washington, they held a ‘practice’ so that our honorable men and women who serve in the U.S. military, and their families, could come and enjoy!

In addition to this amazing event, the daughters of said military families were able to participate in an ‘exclusive basketball clinic’ given by the women’s national team. All of the players – men and women – were genuinely proud and excited to be a part of all this and raved about the military being the real heroes and heroines. They were exceedingly humbled to be able to ‘perform’ at their absolute best for such an outstanding crowd of fans.

In fact, everyone was so happy that the other news headline of the day – the one about the Team USA uniforms – was silenced. Everyone was having way too good of a time to be yapping about the fact that Raulph Lauren, who is in charge of creating the uniforms for Team USA for the opening and closing ceremonies, had the outfits manufactured in China (whoops!) Yes, there should be complaints about this, considering the fact that America has an amazing amount of pride in their athletes, teams and country, and the uniforms should have made in the good, old U.S of A. Not to worry, though, Raulph did announce that in 2014, for the Winter Games, everything would be U.S. manufactured ONLY.

With that being said, and all wrongs becoming righted, we have to go back to Mr. Bryant. Let’s face it, readers, this guy’s resume reads like the ‘best of the best’ when it comes to the sport of basketball. In fact, listing all of his accomplishments would turn into a very long article that would bore you to death.

Of course, for the purposes of this subject, it should be stated that Kobe Bryant did win a gold medal in the Olympic Games in 2008 – so it would not be a ‘new’ thing for him to be part of a team that takes home the coveted prize once again.

But the fact remains that ALL of us should be keeping an eye on the London ‘courts’ when the Summer Olympics begin, because this may just be the last Olympic Games that Kobe will ever appear in. Not only is this unfortunate – it’s a whole heck of a lot more disappointing than the uniforms.

The performance is bound to be magical! Perhaps I can start coughing and call in sick for a couple of weeks. I have a feeling that this is one Olympic Games where all Americans should be ‘front and center’ to cheer on some serious legends! (And also to find out whether Charles Barkley will still be laughing when it’s all said and done.)

Superior. Renowned. Legendary. Each of these words defines Abu Garcia. From its inception on the banks of the Mörrum River in Svängsta, Sweden, Abu Garcia, then AB Urfabriken, has … END_OF_DOCUMENT_TOKEN_TO_BE_REPLACED