Daily fantasy sports operators are fighting for their lives following a finding this week by the New York attorney general that their business model constitutes illegal gambling and must stop taking wagers from New York residents.

New York attorney general Eric Schneiderman dealt a substantial blow to the industry by sending cease-and-desist notices to daily fantasy sports giants DraftKings and FanDuel. Both companies say they have large numbers of clients in New York, including business deals with the National Football League, Major League Baseball, the National Basketball Association and other professional sports that are headquartered in the state.

The Nevada attorney general’s office and Gaming Control Board announced a similar finding in October, stating that daily fantasy sports companies need a license to conduct business there. Both companies immediately ceased business operations in Nevada.

It doesn’t appear that either FanDuel or DraftKings will cave so easily this time. FanDuel’s headquarters are in New York, and DraftKings, based in Boston, recently opened an office in Manhattan. Schneiderman’s cease-and-desist orders so far apply only to the taking of wagers from New York residents. It does not prohibit either company from operating their businesses in New York.

Fantasy sports players act as online owners who build a team of players in a given sport. They accumulate points based on each player’s statistical performance in a given day, week or season. Traditional fantasy sports leagues stretched over a sport’s entire season. That’s where daily fantasy sports differs. Players at DraftKings and FanDuel pay an entry fee to build a team of professional athletes for a particular day or week. Entry fees range from 25 cents to $1,000. Those who accumulate the most points win money from that day’s entries.

The Fair Trade Sports Association estimates there are 42 million players in the United States and Canada. On average, they spend about $465 per year. FanDuel and DraftKings reportedly spent $100 million on advertising in September alone, attempting to capitalize on the new NFL season and bolster the number of people playing their games. Combined, the companies claim they will pay out some $3 billion to winners this year.

Daily fantasy sports companies say their operations are legal under the Unlawful Internet Gambling Enforcement Act of 2006, and that their players win based on skill. Schneiderman, however, called their operations a “‘contest of chance’ where winning or losing depends on numerous elements of chance to a ‘material degree.’”

“Our investigation has found that, unlike traditional fantasy sports, daily fantasy sports companies are engaged in illegal gambling under New York law,” Schneiderman said. “Daily fantasy sports is neither victimless nor harmless, and it is clear that DraftKings and FanDuel are the leaders of a massive, multi-billion-dollar scheme intended to evade the law and fleece sports fans across the country. Today we have sent a clear message: not in New York and not on my watch.”

Lawmakers, state attorneys general and others have been giving the daily fantasy sports industry extra scrutiny following its rather loud and unprecedented advertising campaign in 2015, and following revelations that DraftKings employee Ethan Haskell won $350,000 on rival site FanDuel during week No. 3 of the NFL season. That same week DraftKings executives confirmed that Haskell inadvertently released player ownership data for its Millionaire Maker contest before some NFL games had been played, showing that he had what amounted to inside information that could be used to leverage an owner’s chances of winning.

DraftKings and FanDuel denied that their employees had compromised their systems. Both companies say their employees are now prohibited from playing daily fantasy sports.

New Jersey Congressman Frank Pallone (D-3rd District) has called for a congressional review of the industry for its exemption from gambling laws. “It’s clear now, with million dollar jackpots and the advertising that goes on, that this is straight-out gambling,” Pallone said.

“To date, our investigation has shown that the top 1 percent of [DraftKings and FanDuel] winners receive the majority of the winnings,” Schneiderman stated. “Typically, participants in traditional fantasy sports conduct a competitive draft, compete over the course of a long season, and repeatedly adjust their teams. They play for bragging rights or side wagers, and the Internet sites that host traditional fantasy sports receive most of their revenue from administrative fees and advertising, rather than profiting principally from gambling.”

Research released in July by Sports Business Daily showed that over a three-month period 91 percent of profits collected by players at DraftKings and FanDuel were won by just 1.3 percent of the players. FanDuel claims to have paid out more than $2 billion in winnings; about $6 million of that went to DraftKings employees.

Since Haskell’s NFL week No. 3 winnings were discovered, the companies have endured a blistering litany of legal actions, including more than a dozen lawsuits. Washington Redskins wide receiver Pierre Garcón filed class-action suit on behalf of all NFL players against the fantasy football site FanDuel for improperly exploiting the players’ popularity and performance. DraftKings has a business deal with the NFL. FanDuel does not. 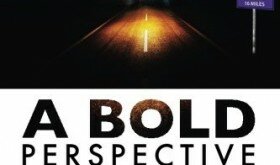 A Bold Perspective: Courage & Empowerment to Take on Life’s Adversities

A Bold Perspective: Courage & Empowerment to Take on Life's Adversities by Tina Marie and Rashon D. Fuller Zero Gravity Publishing    Paperback, $18.00 262 pages ISBN: 978-0-9963425-0-6 Book Review by Kam Williams “At the onset of tragedy, I made myself a promise. If God allowed me my footing and gave me the strength to walk on, then I would. Every morning, I had breath and mobility, so I got up... and I journeyed on. However, … END_OF_DOCUMENT_TOKEN_TO_BE_REPLACED

ACRONYM TO FOLLOW by Peter Brav   Finally Our Day has come There’s a Day for everything For doughnuts, siblings, eight track tapes Grilled cheese, daughters and sons to work Encouragement, Alzheimer’s Coffee, math, chewing gum Blasphemy, yo-yos And now finally One for us Truly a Day to celebrate National Don’t Shoot An Unarmed Brother Doctor King Not Seeing Progress George Orwell Laughing It Is So About the … END_OF_DOCUMENT_TOKEN_TO_BE_REPLACED

Housing Sales Increase but Questions Remain By Burt Carey   Big bankers and mortgage lenders like Bank of America and Merrill Lynch say changing demographics are fueling a first-time home buyers market in 2015 that may be short-lived. Real estate, it seems, is heating up – at least for value seekers. At the current rate, home sales are on pace to post their best year since 2007, even with increased prices. Fueling the action are … END_OF_DOCUMENT_TOKEN_TO_BE_REPLACED

China is making planes, I'd rather walk! I’m Will Roberts, and this is the Daily Scream! Ahhh, here we go! Ok, so this headline should make most of you unless you are one of my listeners or readers from China, most of you cock your head in disbelief.  Here it is: China just unveiled its first large passenger plane. Whoo .. lets back up. Please raise your hand if you folks out there have had any thing of quality in the past 50 years that … END_OF_DOCUMENT_TOKEN_TO_BE_REPLACED

Super Bowl 50 Ads One of TV’s Hottest Commodities By Burt Carey With CBS announcing this week that it has sold virtually all of its advertising slots for Super Bowl 50, the anticipation of what those ads will be is heating up. The broadcast company has benefitted from the National Football League’s golden anniversary event and the league’s purposeful casting of it in the Golden State and hosted by the San Francisco 49ers, a … END_OF_DOCUMENT_TOKEN_TO_BE_REPLACED

Your Guide to Visiting the Bay Area for Super Bowl 50

Your Guide to Visiting the Bay Area for Super Bowl 50 By Burt Carey The National Football League’s golden anniversary league championship, Super Bowl 50 will be played Feb. 7, 2016 at Levi's Stadium in Santa Clara, Calif. The entire Bay Area and Super Bowl host committee are preparing for a week of festivities built around the Super Bowl 50 theme. Everything is golden, of course: it’s the Golden Super Bowl in its golden … END_OF_DOCUMENT_TOKEN_TO_BE_REPLACED

Log Cabins Become Staples in 21st Century Living By Amy Lignor   An old saying by an over-worked mom is: “Someday I’m going to take the cat and head to a log cabin in the woods.” The feline was always invited, but the kids driving her crazy were not. Over time, the log cabin became a part of various industries; even horror movies made sure that all the bad guys lived in a haunted cabin in the woods, a place that all the … END_OF_DOCUMENT_TOKEN_TO_BE_REPLACED