Sabotage (R for sexuality, nudity, drug use, gory violence and pervasive profanity) Action thriller starring Arnold Schwarzenegger as the commander of an elite DEA task force which finds itself being taken down one-by-one by a ruthless drug cartel.  With Sam Worthington, Terrence Howard, Olivia Williams and Harold Perrineau.

Breathe In (R for profanity) Home-wrecker drama about a beautiful, British exchange student (Felicity Jones) whose arrival in the States proves problematic when she brings the head (Guy Pearce) of her host family to the brink of breaking his marriage vows. Cast includes Ben Shenkman, Amy Ryan and Kyle MacLachlan.

Finding Vivian Maier (Unrated) Shutterbug retrospective showcasing the 100,000+ photos shot on the streets of Chicago by an unassuming nanny (1926-2009) who never even developed most of her negatives. Featuring Phil Donahue, Mary Ellen Mark and John Maloof.

Jews of Egypt (Unrated) Middle East documentary retracing the 1956 exodus from Egypt of Jews due to escalating tensions in the region generated by the Arab-Israeli conflict. (In Arabic and French with subtitles)

Locker 13 (R for violence) Supernatural thriller revolving around the overnight janitor (Jason Spisak) at an Old West theme park who finds himself facing a life or death decision after delving into the mysteries surrounding his locker. With Tatyana Ali, Ricky Schroder and Curtis Armstrong.

Nothing without You (Unrated) Crime thriller about a psychiatric patient (Emily Fradenburgh), accused of murder, who enlists the assistance of her court-appointed shrink (Keith McGill) to prove her innocence. Featuring Joshua Loren, Will Crawford and Kate Bringardner.

Refuge (Unrated) Dysfunctional family drama about a youngster (Krysten Ritter) who does her best to care for herself and her siblings after they’re all abandoned by their parents. Co-starring Brian Geraghty, Logan Huffman and Julie Garrett.

Road to the Open (PG for mild epithets and mature themes) Buddy dramedy about a guy (Phillip DeVona) who tries to help his reclusive best friend (Troy McKay) out of a rut by entering the two of them as a doubles team in a national tennis tournament. Support Cast includes Michelle Gunn, Eric Roberts, Judd Nelson and John Schneider.

by Loving Healing Press A leading U.S. wheelchair van dealer, AMS Vans, Inc., plans to honor the work of children’s books author Jewel Kats via contests and social media promotion. Over the past few years, Canadian author of children’s books and model Jewel Kats has attracted nationwide and international media interest due to her award-winning books published by the Loving Healing Press. Now, AMS Vans has expressed interest in … END_OF_DOCUMENT_TOKEN_TO_BE_REPLACED

For our March Walk on White, we will be feauring works by Elizabeth Devries, Coco Eriksen, Helen Harrison, Vera Vasek, and more of your favorite Harrison Gallery artists. Like us on … END_OF_DOCUMENT_TOKEN_TO_BE_REPLACED

Republic Ranches: A Brokerage Firm Dedicated to the Land & Devoted to the Client   Large tracts of land perfect for the outdoor pursuits whether rattling deer in the brush country, calling ducks on the prairie, casting top waters for bass on an East Texas lake or working cattle in the big country - ranches, farms, and rural settings that are found across all the eco-regions of  the Lone Star State and Oklahoma. These … END_OF_DOCUMENT_TOKEN_TO_BE_REPLACED

Keith Robinson The “Get on Up” Interview with Kam Williams   Here’s to You, Mr. Robinson!   In a world where talent takes you far, Keith Robinson is ahead of the game. He’s a true triple threat -- having already mastered acting and songwriting, he’s now positioning himself to take over the music world with a velvety voice.   Before he made his way to Tinseltown, the Kentucky native set his sights on music, … END_OF_DOCUMENT_TOKEN_TO_BE_REPLACED

The Fly Fisherman’s Best Friend   When it comes to talking about insects, some people will scrunch their nose and look a bit disgusted (while searching quickly around the area with the thought that some type of arachnid or perhaps cockroach is near them ready to attack). But others will light up when insects are spoken about, and not just the ones who are interested in that area of science. Fly fisherman actually devote time … END_OF_DOCUMENT_TOKEN_TO_BE_REPLACED 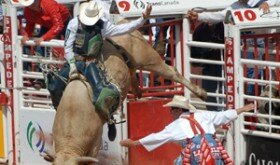 The Rising Popularity of the ‘8 Second’ Sport

The Rising Popularity of the ‘8 Second’ Sport ~ Amy Lignor There are tough, fierce sports in this world, and then there are TOUGH, FIERCE sports. Although everything from extreme snowboarding to the Ultimate Fighting Champion fall in the category of dangerous; real danger comes from a sport involving both Man and Beast. It is not just for cowboys, by the way – although the Stetson does make the competitor far more believable. It is also not a … END_OF_DOCUMENT_TOKEN_TO_BE_REPLACED

How Can YOU be Part of the GROUND FLOOR Mega Hit, Nerium, in Canada?  ~ Betsy R. Smith Sales hit $1 million in just 2 weeks as Nerium International hit the ground running in Canada!  And that was just in 2 provinces.  Now open throughout Canada, momentum is building and the operation is running smoothly.   Ever want to be in the right place at the right time?  This is it.  Check out some of the news from the Nerium Blog about Canada … END_OF_DOCUMENT_TOKEN_TO_BE_REPLACED

FIRST PEOPLES BUFFALO JUMP, Southwest of Great Falls, MT   The Interpretive Center wasn't open @ 8 a.m., I just drove on and found signs for the higher access to the Buffalo Jump off the rocks, over the ledge ~THE Buffalo ran and their legs, necks, backs were broken in many places and the People finished them off! I took many pictures and the first animal besides a small flock of Raven was a big fat Rock Chuck who posed for me, … END_OF_DOCUMENT_TOKEN_TO_BE_REPLACED 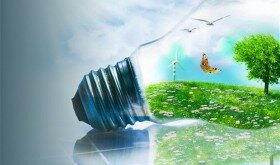 Judging the ‘Green’ in 2014  ~ Carmen Schwartz Business is business, and when it comes to looking at 2014 thus far, the business of ‘green’ is growing monumentally. Everything from solar panels to wind turbines to geothermal heating and cooling units are being created, with every industry getting in on the ‘green’. Lowering the carbon footprint is important for many reasons, the largest being the fact that the next generations should be … END_OF_DOCUMENT_TOKEN_TO_BE_REPLACED