Jason Day’s tears started falling even before he tapped in for par at the 72nd hole to win the 2015 PGA Championship at Whistling Straits Aug. 16. After a half-dozen Top 6 finishes in professional golf’s major tournaments, the 27-year-old Australian had finally won his first major.

He won it in record fashion, shooting 20-under par, the lowest round ever shot in a major championship, and by defeating runner-up Jordan Spieth, who won two of the other three majors this year. The win also vaulted Day to No. 3 in the World Golf rankings.

Approaching the green on the 18th hole Sunday, Day said he was fighting back tears before settling over a lengthy birdie putt. “I was trying to hold back the tears over the first putt,” Day said. “I didn’t expect I was going to cry. A lot of emotion has come out because I’ve been so close so many times and fallen short. To be able to play the way I did today, especially with Jordan in my group, I could tell that he was the favorite. Just to be able to finish the way I did was amazing.”

He left his putt less than a foot from the hole, and it was apparent to not only the fans in the gallery but millions watching on television that the moment was more than just a little emotional for the Aussie.

Day entered the final round with a two-stroke lead over Spieth, who joined him in the final group of the day. He never let Spieth get close enough to challenge for the title by birdying four of the first seven holes en route to a 5-under 67 and a three-stroke victory. Spieth’s 68 and lone second-place finish moved him ahead of Rory McIlroy as No. 1 in the World Golf rankings.

Day’s dominance on Sunday was capped somewhat early on. At the par-5 11th hole, he powered a massive drive that ended 382 yards down the fairway. “I knew I was going to be playing uphill from there,” Spieth said. “He played like he’d won seven or eight majors. He took it back. He wailed it. It was a stripe show.”

He hit 10 of 14 fairways and 13 greens in regulation on the final day, and his putting was sharp. He recorded just 27 putts.

Golf fans will excuse Day his emotional finish. After squandering leads or shared leads after 54 holes in both the U.S. Open and the British Open earlier this summer, he was determined to go home with the Wanamaker trophy and the winner’s purse of $1.8 million.

Then the victor of the 97th PGA Championship shared his life story with the assembled media. He first swung a golf club – a 3-wood his father picked out of the trash – at age 6, then sunk into pre-teen despair when his father died of stomach cancer when Day was just 12. A stubborn boy, Day started drinking and getting into fights, leading his mother to take out a second mortgage so she could afford for him to go off to golf academy and a future. That’s when he met Colin Swatton, who to this day is his coach and caddie.

It was Swatton who twice wrapped Day in his arms on the 18th green to celebrate among the golfer’s tears.

Not bad for a poor kid from Queensland whose mom used a knife to cut the grass when they couldn’t afford to repair their lawnmower. That’s a worry Day’s son, Dash, and wife Ellie will never have. 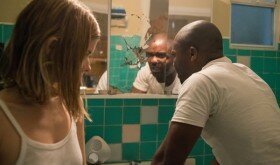 Captive Film Review by Kam Williams Tale of Redemption Revisits the Real-Life Ordeal of Single-Mom Held Hostage by Rapist   On March 11, 2005, Brian Nichols (David Oyelowo) was being escorted from jail to the Fulton County Courthouse where he was set to go on trial for assault, kidnapping and rape. But en route to the courtroom, he overpowered a sheriff's deputy (Diva Tyler) and took her gun before embarking on a bloody killing … END_OF_DOCUMENT_TOKEN_TO_BE_REPLACED 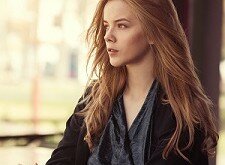 Reviewed by Leonore H. Dvorkin This second novel from the talented Tony Medeiros is a Cinderella story with a twist. The well-to-do narrator, Joseph Perry, has big dreams for Carolyn Laplante, the intriguing young housecleaner he observes at a café one morning as she tries to drum up business. It takes him a while to find her again, but find her he does. Things go from there, both professionally and then very personally, as Carolyn … END_OF_DOCUMENT_TOKEN_TO_BE_REPLACED

ACRONYM TO FOLLOW by Peter Brav   Finally Our Day has come There’s a Day for everything For doughnuts, siblings, eight track tapes Grilled cheese, daughters and sons to work Encouragement, Alzheimer’s Coffee, math, chewing gum Blasphemy, yo-yos And now finally One for us Truly a Day to celebrate National Don’t Shoot An Unarmed Brother Doctor King Not Seeing Progress George Orwell Laughing It Is So About the … END_OF_DOCUMENT_TOKEN_TO_BE_REPLACED

Housing Sales Increase but Questions Remain By Burt Carey   Big bankers and mortgage lenders like Bank of America and Merrill Lynch say changing demographics are fueling a first-time home buyers market in 2015 that may be short-lived. Real estate, it seems, is heating up – at least for value seekers. At the current rate, home sales are on pace to post their best year since 2007, even with increased prices. Fueling the action are … END_OF_DOCUMENT_TOKEN_TO_BE_REPLACED 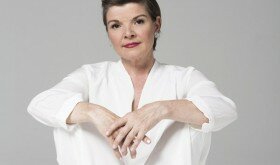 Karrin Allyson The “Many a New Day” Interview with Kam Williams Grammy-Nominee Chats about Congo Charity Benefit Concert and Her Latest Jazz Album Born in the Midwest, four-time, Grammy-nominee Karrin Allyson has always been on the move. School in the Bay Area and a degree in classical piano and performance led to Minneapolis and on to Kansas City, where she signed her first contract with Concord Jazz. Thirteen albums followed, with … END_OF_DOCUMENT_TOKEN_TO_BE_REPLACED 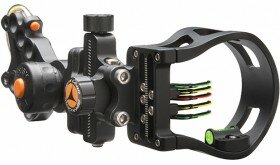 This All-In-One Bowhunting Sight Has Earned Its “Attitude” by Rob Reaser   Selecting the right bowhunting gear for your particular needs and shooting style is often an exercise in compromise—you need a piece of equipment to do “this,” yet you must give up a little of “that” to make it happen. Occasionally, a product comes along that solves a multitude of problems without demanding such sacrifices. The all-new APEX GEAR™ … END_OF_DOCUMENT_TOKEN_TO_BE_REPLACED 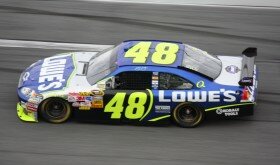 NASCAR Great Jimmie Johnson and Crew Chief Chad Knaus Sign Contract Extensions By Burt Carey Looks like we’ll be seeing more of the Lowe’s No. 48 Chevrolet, and not just at Chicagoland Speedway this weekend. Hendrick Motorsports has announced that six-time NASCAR champion Jimmie Johnson and crew chief Chad Knaus have agreed to contract extensions that take them through the 2017 and 2018 seasons, respectively. And Lowe’s, … END_OF_DOCUMENT_TOKEN_TO_BE_REPLACED

Falling Crude Oil Prices Lead to Oil Company Layoffs By Burt Carey Crude oil traded at just $40 per barrel last week, adding to the dramatic downfall in gasoline prices at the pump for consumers. But cheap gas isn’t being heralded by more than 100,000 American workers whose jobs have disappeared since June 2014 because of it. Oil giant ConocoPhillips announced this week that it will lay off 10 percent of its workforce, some 1,800 … END_OF_DOCUMENT_TOKEN_TO_BE_REPLACED

Best Place to See Pope Francis: Philadelphia By Burt Carey Pope Francis will visit three cities during his stay in the United States later this month, but the only opportunity for most people to see him will be in Philadelphia on Sept. 26 and 27. The Papal visit will be a once-in-a-lifetime event for most Philadelphians and other Americans. Pope Francis will be taking part in the World Meeting of Families in the City of … END_OF_DOCUMENT_TOKEN_TO_BE_REPLACED

An EPA “Accident” Turns Into Far More ~ by Amy Lignor What began as an “accident” made by the EPA in Denver, Colorado, has now opened a can of even more worms showing that the EPA, itself, actually had pre-knowledge that an environmental accident could occur in the first place during their project. For those who may not know, two weeks back a waste spill happened of approximately three million gallons of mine waste, when the EPA … END_OF_DOCUMENT_TOKEN_TO_BE_REPLACED