Dean (Skylar Austin) lives in L.A. with three buddies in a warehouse converted into a windowless loft they call “The Cave.” The appellation is apropos since these twenty-something slackers behave like cavemen, spending most

of their free time at local haunts bars trying to lure women back to their bachelors’ lair for wanton liaisons with no strings attached.

For instance, African-American Andre (Dayo Okeniyi) has been sleeping with a luscious Latina (Fernanda Romero) as well as an attractive Asian (Victoria Park) who have no idea that each other exists. That state of affairs is a recipe for disaster destined to blow up in the two-timing brother’s face.

Meanwhile, Andre’s roommates, Jay (Chad Michael Murray) and Pete (Kenny Wormald), have been behaving just as badly, inspired by the macho mantra, “Get out there and take what’s yours.” Dean, however, has finally tired of the string of shallow conquests after sharing pneumatic bliss with Sara (Megan Stevenson), a cutie-pie who means nothing more to him than another notch in the bedpost.

Over lunch the next day, he cries on the proverbial shoulders of his BFF Tess (Camille Belle) and his nephew Jimmy (Kaden Gibson) about wanting to find a meaningful relationship. Because the cozy confidantes sitting at the table seem very well-suited, the precocious 9 year-old asks whether they’ve ever dated.

Dean and Tess awkwardly admit that they once kissed long ago, but purely by accident. However, instead of now considering each other romantically, the obvious soul mates continue to look elsewhere for a love connection.

Soon, Tess starts sleeping with inveterate womanizer Jay, which leaves the audience impatiently wondering when Dean will wake up and confess his deep feelings before it’s too late? At which point the question will be whether she’s inclined to reciprocate?

Those are the pivotal plot points driving Cavemen, an amusing romantic comedy exploring the mating habits of male members of the Millennial Generation in superficial fashion. Written and directed by Herschel Faber, the otherwise entertaining picture suffers from a flaw reflected in its failure to develop its characters beyond recognizable clichés.

Best thought of as a 21st Century update of the Little Rascals’ He-Man Woman Hater’s Club episode where Alfalfa wises up and woos Darla, his Neanderthal pals’ protestations notwithstanding.

To see a trailer for Cavemen, visit: http://www.youtube.com/watch?v=BoAi-SZccf0 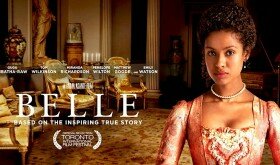 Gugu Mbatha-Raw The “Belle” Interview with Kam Williams  Gaga over Gugu! Born in Oxford, England on June 30, 1983, Gugu Mbatha-Raw trained at the Royal Academy of Dramatic Art in London. Her first professional role was as Celia in an open air production of Shakespeare’s As You Like It. Gugu subsequently landed roles at Manchester’s Royal Exchange Theatre where she performed the title roles of Cleopatra in Antony and Cleopatra and Juliet … END_OF_DOCUMENT_TOKEN_TO_BE_REPLACED 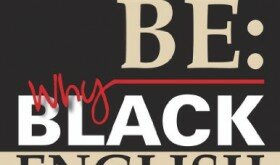 Why Black English Is the King’s (James) English

What the Word Be: Why Black English Is the King’s (James) English by Diane Proctor Reeder Written Images Paperback, $19.95 200 pages ISBN: 978-1-4951-0505-0   Book Review by Kam Williams “Blacks came to the U.S. chained to each other but from different tribes. Neither could speak the other’s language. If two black people, at that bitter hour of the world’s history, had been able to speak to each other, the … END_OF_DOCUMENT_TOKEN_TO_BE_REPLACED

For our March Walk on White, we will be feauring works by Elizabeth Devries, Coco Eriksen, Helen Harrison, Vera Vasek, and more of your favorite Harrison Gallery artists. Like us on … END_OF_DOCUMENT_TOKEN_TO_BE_REPLACED

Georgia’s Falling Waters   Georgia’s premier Land Report Certified Community is the ultimate Blue Ridge Mountains getaway. There are countless reasons people love Atlanta. The home of CNN, Gone With the Wind, the Braves, the Falcons, and the Hawks, this sophisticated metropolis hosted the 1996 Summer Olympics. More recently, the city’s blend of fine dining and local fare have made Atlanta a destination for foodies of … END_OF_DOCUMENT_TOKEN_TO_BE_REPLACED

Realtree® Camo Purses and Wallets Available in a Variety of Realtree® Patterns   Ladies, display your passion for the hunt while you're out on the town with a Realtree camo purse or wallet. Realtree camo purses and wallets are available for purchase in various styles, sizes and patterns at the RealStore. Made of high-quality Realtree camo fabric with faux leather, these fully lined camo purses feature interior … END_OF_DOCUMENT_TOKEN_TO_BE_REPLACED

The Outdoor-Lover Gets a Taste of the Real Wonders

The Outdoor-Lover Gets a Taste of the Real Wonders ~ ZZ Troutski Everyone has their favorite sport; they have their favorite activities, their favorite places to hunt for that mighty buck, and they have their chosen places of bliss where they can catch their bass and be left alone. But even with all the entertaining locations, parks and sights we have in the modern world, they can never really compare to the true wonders that travelers wish … END_OF_DOCUMENT_TOKEN_TO_BE_REPLACED

The New Value of Worthless: $2 Million & Rising  ~ Amy Lignor No…we are not talking (finally) about the owner of the Clippers when the word ‘worthless’ comes to the sports mind. Here, we are talking about a wonderful, charming, happy moment. We are talking about a race won, an ‘in-your-face’ to many naysayer’s, and a stunning horse who proved everybody absolutely dead wrong, and brought massive pride to what were supposedly his ‘worthless’ … END_OF_DOCUMENT_TOKEN_TO_BE_REPLACED

Nerium Live Better Bonuses Doubled.  $50K CASH BONUS! ~ Betsy Smith And this month I earned it!!  The best part is the TEAM effort that it took.  It is not about me…but about our whole team working together.   Who does that?  What company these days puts MORE money back in your pocket?  Nerium does.  At just over 2 years old, Nerium has made changes to its compensation a few times during my stint and each time it is to pay us … END_OF_DOCUMENT_TOKEN_TO_BE_REPLACED

Ah…Circus Animals! The mighty lion is King; roaring loudly at the small dude, he wants nothing more than to grab that whip and chair and show the guy exactly who’s boss! The elephants are the lumbering giants who bring awe and cheers from the crowd. But, the giraffe is…under-appreciated. Not only must he ride across the country in that big circus train with his head through the roof, getting all kinds of mosquitoes stuck in his teeth, … END_OF_DOCUMENT_TOKEN_TO_BE_REPLACED 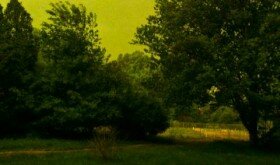 We Need to Understand That the Sky Goes Green

We Need to Understand That the Sky Goes Green ~ ZZ Troutski 126 days of peace. That is the number, according to the Weather Channel, that is in the books when it comes to America not having to deal with a tornado incident so large that it not only took homes and buildings but, took lives.   Everyone talks about the sky turning green, which it does, before the tornado falls. And it is more and more apparent that we need to … END_OF_DOCUMENT_TOKEN_TO_BE_REPLACED