“Police in Florida said an attempted robbery was foiled when a gas station clerk recognized the object poking out from the suspect`s shirt was a finger.

The Jacksonville Sheriff`s Office said a man with a plastic bag over his head walked into the Gate gas station on 103rd Street around 3 a.m. Monday morning and acted like the finger poking inside of his shirt was a weapon, The man ordered the clerk to “open the register and give me all the money,” the sheriff`s office report said.”

The clerk refused to turn over the cash, and a customer laughed at the would-be robber. At that point the ill-prepared bad dude was left with no option, but to walk away. Needless to say the moron didn`t have a getaway vehicle.

The crook probably figured that the clerk would be too sleepy at that ungodly hour and that he would mistake his finger for a machine gun.

Tips for the robber:

Next time grab a weapon, even a butter knife, works better than a finger every time.

Dude, you need a getaway vehicle, it`s in the book “How to Rob a Gas Station for Dummies.”

Better yet give up robbing gas stations, and start flipping burgers.

The Promise DVD Review by Kam Williams Oscar Isaac and Christian Bale Co-Star in WWI Docudrama It's Eastern Turkey in 1914, which is where we find druggist Mikael Boghosian (Oscar Isaac) plying his trade in his half-Armenian/half-Turkish village where Christians and Muslims get along swell. The ambitious, young apothecary would really rather be a doctor, so he strategically courts a neighbor (Angela Sarafyan) from a relatively-wealthy … END_OF_DOCUMENT_TOKEN_TO_BE_REPLACED 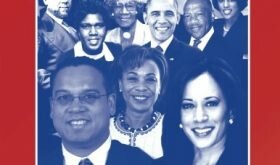 The Day After the Day Of by Paul Ilechko   The sky sheds its tears. This morning is the morning of the day after. The day of mourning, the day after the day of.  I beseech the sky to shed tears in order to wash away the tears on my face.   This is the first day of the time after. This is the beginning of a new time, the days of pain, the days of sorrow. We are in mourning. The sky looks down and sheds its tears for … END_OF_DOCUMENT_TOKEN_TO_BE_REPLACED

Real Estate: Refinancing Rates on the Rise in 2017 by Amy Lignor   The term ‘meteoric rise’ usually applies to something fun. Think: A Hollywood actor who has been ‘discovered.’) Unfortunately, when it comes to this article, ‘meteoric rise’ is something that will not bring a smile to one’s face. To put it simply, if you wish to refinance your home, you need to do it ASAP. If choosing to wait too much longer, homeowners across the … END_OF_DOCUMENT_TOKEN_TO_BE_REPLACED

Healthy Living: The Cellphone Guide by Amy Lignor   Much like the political realm, there will always be debates and disagreements when it comes to the technological realm—especially when it comes to your health versus the almighty cellphone. Now, it is a fact that communication in the 21st century literally brought about a revolution. Mobile devices are being used and will remain at the top of “must have” lists for all ages for … END_OF_DOCUMENT_TOKEN_TO_BE_REPLACED

Choosing Binoculars for the Ultimate 2017 Hunt

Choosing Binoculars for the Ultimate 2017 Hunt Any hunter will tell you the most important choices to make when going for that ultimate successful hunt comes from the little things. Yes, the guns, the location for the hunt, the clothing that’s best for the winter and/or summer hunt – all of these things are on the hunter’s ‘must-buy’ list. But there is one other thing that is just as important: the binoculars. As you slowly develop … END_OF_DOCUMENT_TOKEN_TO_BE_REPLACED

Esports on a Meteoric Rise in 2017

Esports on a Meteoric Rise in 2017 by Amy Lignor   Okay…we all know that football is America’s favorite sport. Or…is it? NASCAR has a wide following. People still love to go to the ballpark in the lazy summer days to watch a Yankee hit a homerun. There are those who love to practically melt in the summer watching the Williams’ sisters prove that tennis is a ‘cool’ sport. And, there are gazillions of soccer fans all over the globe … END_OF_DOCUMENT_TOKEN_TO_BE_REPLACED

Is Social Media Still Growing? by Amy Lignor   It was in 1999, Bill Gates wrote a book titled, “Business @ the Speed of Thought.” Within these pages, the man who became the computer world’s wizard made massively bold predictions that, at the time, sounded ridiculous and outrageous to those who read them. But when you look at how the social media realm has grown over the past few decades, it is important to take note that not only … END_OF_DOCUMENT_TOKEN_TO_BE_REPLACED 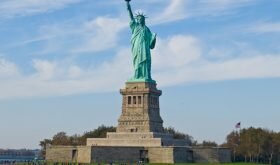 Vacation Locations: Knowledge is Fun Too!

Vacation Locations: Knowledge is Fun Too! by Amy Lignor   Most children (and adults, too) will either roll their eyes or sigh when, while speaking about vacation locations, the word “learning” just happens to be mentioned. Yes, it is a fact that school trips take all of us during our younger years to everything from museums to libraries to historic locations in order to teach us things we should know. But when thinking about your … END_OF_DOCUMENT_TOKEN_TO_BE_REPLACED

Creating the Perfect Vegetable Garden by Amy Lignor   Many are still dealing with that wintery mix Mother Nature just loves to toss down from the sky this time of year. Yet, that gardener living inside the soul – the one just dreaming of the sunny skies and lazy rainy days that are must-haves in order to grow the best vegetables possible – is already jotting down the facts, tricks and tips they need to know in order to make that … END_OF_DOCUMENT_TOKEN_TO_BE_REPLACED