J. Michael Veron is the acclaimed author of The Greatest Player Who Never Lived and The Greatest Course That Never Was. His third novel, titled The Caddie, was released in early 2004.

Mike’s work earned him the title of “master of fiction” from USA Today, and Travel and Leisure Golf Magazine called him “The John Grisham of Golf.” In addition, after The Greatest Player, the New York Times hailed him as “Golf’s Literary Rookie of the Year,” and the Seattle Times ranked The Greatest Player as second on its all-time list of “Five Wonderful Golf Books.” At one time, The Greatest Player and The Greatest Course were the first and third best-selling sports fiction in the country. Now, his third book, The Caddie, is attracting major interest as a must-read for golfers of all levels because of the wonderful fountain of knowledge combined with a myriad of historical anecdotes that makes the book interesting and fun to read.

All of this is especially remarkable considering that Mike didn’t begin to write fiction until the age of 49. Born and raised in Lake Charles, Louisiana, Mike is the older son of Earl and Verdy Veron. His father was a self-made man who was the first person in his family ever to attend college, beginning McNeese State College as a freshman at the age of 32 and then completing LSU Law School in record time. After a few years as a practicing lawyer, Earl Veron was elected to the state bench and, in 1977, was appointed by President Carter to the federal bench, where he served until his death in 1990. His career as a trial judge was so distinguished that his obituary was published in The New York Times, as well as several other leading newspapers in the country. 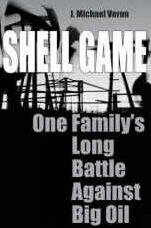 Mike attended Tulane University, where he received a bachelor’s degree in English literature as well as a law degree. After a year of clerking for a judge on the Louisiana Supreme Court, he then obtained a post-graduate law degree from Harvard Law School before returning to Lake Charles in 1976. Mike has practiced law there ever since and is now a senior partner in his law firm, Scofield, Gerard, Veron, Singletary & Pohorelsky (www.sgvsp.com).

Mike has compiled a remarkable string of courtroom victories in jury trials over the years while representing both plaintiffs and defendants. For instance, he successfully defended numerous claims against his business clients for alleged exposure to asbestos, phosgene, benzene, and pertussis, among other things, as well as maritime personal injury cases and product liability cases, securing a number of “zero” defense verdicts for his clients. In recent years, Mike began to represent plaintiffs as well, and has obtained several jury verdicts ranging from more than $1 million to more than $50 million on behalf of plaintiffs. He has also won acquittals for defendants in criminal cases before juries in federal courts both in Louisiana and Texas.

Through it all, Mike also found time to teach advanced trial practice to seniors at LSU Law School for a number of years, and his work there earned him a place in the LSU Law Center Hall of Fame. He also frequently lectures on trial practice to lawyers and judges at various conferences and meetings. In fact, Mike’s clients have included other lawyers and judges, as well as injured plaintiffs and Fortune 500 companies seeking his trial talents.

Before turning to fiction writing, Mike published a number of scholarly law review articles that prompted a noted federal appeals judge to call Mike “one of our most perceptive commentators on the judicial process” and to praise his scholarship and historical knowledge as “awesome.” He also completed a book entitled Litigation Handbook: A Method of Trial Practice, and used it as his course text at LSU and in other courses on trial practice he has taught to practicing lawyers.

Since 1986, Mike has served as a USGA Committee Member and occasional Rules Official. He has been a regular speaker at USGA conferences around the country, talking on such diverse subjects as legal issues pertaining to golf as well as his golf writing. As is evident from his books, Mike is passionate about golf and is a regular at the Lake Charles Country Club, his home course, where he has been both its president and its club champion.

Mike and his wife Melinda are the proud parents of five children and three grandchildren. Together, their children range in ages from 33 to 12 and remain a great source of joy to their parents. 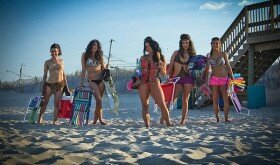 Jersey Shore Massacre DVD Review by Kam Williams   N.J. Pine Barrens Provide Perfect Setting for High Body-Count Horror Flick    When Teresa (Danielle Dallacco) and her girlfriends arrive at their rental house on the Jersey Shore, they’re shocked to learn that their sleazy stoner landlord (Ron Jeremy) already let someone else have the place for the weekend.  Luckily, Teresa’s mobster Uncle Vito (Dominic Lucci) happens to have a summer home … END_OF_DOCUMENT_TOKEN_TO_BE_REPLACED 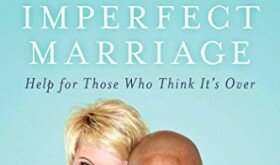 Ok. I know this may be hard to believe but some of you didn’t know that I was a contestant on the GSN (Game Show Network) new bodypainting reality contest show, Skin Wars. Produced by Michael Levitt and Jill Goularte. Hosted by Rebecca Romijn. Judges were RuPaul, Craig Tracy (my personal hero) and Robin Slonina of Skin City. It is still currently airing Wednesday nights 9pm eastern/8 central on GSN. If you want to find the channel in your area go … END_OF_DOCUMENT_TOKEN_TO_BE_REPLACED

When owning property, there’s a list of information, rules, regulations, and rights the landowner needs to know in order to make sure that their property meets their objectives, whether it be a recreational or commercial investment. And for some, when it comes to managing resources and receiving the best benefits available, use of a tool referred to as a ‘conservation easement’ is one path to take.   By putting a … END_OF_DOCUMENT_TOKEN_TO_BE_REPLACED

*ATTENTION ANGLERS*   This is going to be a FANTASTIC weekend of fishing!The clear waters, the hungry biters – NOW is the time for anglers everywhere to enjoy life!   So…why not enjoy another added extra from your favorite boat ‘creator’?   Yes…It’s a CONTEST!   Whether you’re headed to that secret fishing hole, or casting offshore – TIDEWATER BOATS wants to see your success!!!   Head to … END_OF_DOCUMENT_TOKEN_TO_BE_REPLACED

The Tale of Two Commissioners ~Amy Lignor When it comes to the ‘bug guns’ in the world of sports, there are two men that make the headlines for many things – right and wrong decisions, as far as the public is concerned. Goodell is the heavyweight in the NFL. This is a man who always seems to be facing controversy – especially with players in the NFL getting into trouble…trouble that causes them to earn everything from suspensions to financial … END_OF_DOCUMENT_TOKEN_TO_BE_REPLACED

Recently I was invited by a friend of mine who is a photographer for the oil and gas industry to go on a tour of a Colorado local energy company, Noble Energy. I went because I am the idiot who likes to hear both sides of a story. I'd also prefer to know something first hand than hearsay. So I went to learn about Fracking. I went on this tour with the same basic knowledge that most of the people I know have about Fracking. 1. Fracking is … END_OF_DOCUMENT_TOKEN_TO_BE_REPLACED

Captive is Captive No Matter How You Look at It ~ Samantha Lewis When it comes to the saving of a species – whether that be plantlife or wildlife – obstacles arise around every corner. For every no-kill shelter opened, five more dolphins seem to die in a net somewhere. For every person who helps in the courts bring down the ‘bad guys’ who kill the Black Rhino for a horn, or the Great White for some ridiculous million-dollar soup, there seems to … END_OF_DOCUMENT_TOKEN_TO_BE_REPLACED