You are here: Home / Education / Is The Universe Rationally Designed?

Is The Universe Rationally Designed?

Thinking about the incredibly vast size of the universe seems to require us to ask why? Why does it have to be so large? How did it get that way? Where is it going? Did some thing or some entity design it?

These seem, at least, philosophical or even religious questions. At the very least we wonder about how we as humans are advantaged or disadvantaged by how the universe has evolved to this point. Can we decide such questions and will our views stay with us or will they change in the future?

The universe in the beginning was an incredibly violent place, and in many ways it remains so. After the Big Bang and the initial inflation, time, as we understand it, began. 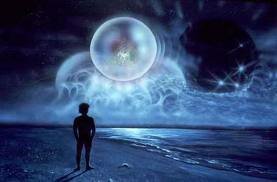 Matter, energy, and space were also created. Massive, intermediate and small mass stars formed from the enormous forces of gravitational collapse of hydrogen, helium and dust. Primitive early galaxies formed also. Nuclear furnaces were started within the centers of stars, stabilizing and slowing gravitational collapse, while initiating an intense but stable release of energy from the star. Within a hundred million years or more the most highly massive stars started to become unstable. Over millions of years many of them exploded after the nuclear reactions occurring within them created many of the heavier chemical elements and they began to run out of the nuclear fuels necessary to stabilize gravitational collapse. This process created more and more star dust available for subsequent star formation; stars that increasingly had planets rotating around them derived from the early star dust. Gradually as the universe evolved, more and more longer lived stars were created from the hydrogen and helium readily available together with the star dust from the explosion of previously formed more massive stars.

Now, billions of years later, the universe continues to expand, but individual galaxies are widely separated and clustered in local groups, and eventually seen within supergroups. Individual galaxies are now so far apart that they are protected in a real sense from continued violent processes that occur within individual galaxies. Also, galaxies themselves have naturally advanced from the more condensed, smaller elliptical subtypes into much larger spiral galaxies within which greatly violent processes can still take place but with perhaps much less dramatic effect on the whole galaxy. A local galaxy NGC1187, which is onlyabout 60 million light years distant, has hosted two massive supernova explosions in the last thirty years. These kinds of explosions and many others of different types produce massive radiation release that will affect the stability of nearby star systems and their planets. The most violent of these may be the ones which produce gamma ray bursts that we measure at a rate of about one per day occurring in some galaxy in the universe.

At first, violent gamma ray bursts occurring at a rate of one per day seems like a lot, but, in fact, it would take about 3 million years to produce only about one billion gamma ray bursts. Each burst occurs in a specific galaxy, thus in 3 million years we would see gamma ray bursts in about a billion galaxies. But there are at least a trillion galaxies in the universe. A billion galaxies represents only about one-tenth of one percent of all galaxies. Even fewer of them are at any actual risk. About 30 percent of all gamma ray bursts are less than two seconds duration and come mostly from smaller, more primitive elliptical galaxies. The other 70 percent come increasingly from spiral galaxies and are usually much longer than two seconds. Such bursts likely do damage to local or only slightly more extended areas within those galaxies. They could destroy temporarily or forever the capacity of nearby planets to support life and accelerate the demise or transformation of some nearby stars particularly if those stars were within the radiation cone of the gamma ray burst. Clearly the wider separation of stars within the flat, spread-out spiral galaxy is an advantage in keeping the damage from even an intense gamma ray burst to a minimum. But the more important point is that even if the potential for damage is great, damage is limited to the galaxy within which the gamma ray burst occurs. Distance within the galaxy as well as between galaxies is important. Thus, the more widely separated we are from other galaxies the less our sun and planet in our galaxy is prone to total destruction.

On the Earth, over the time since life has appeared, there have been several so-called species extinctions. Some but not all of these may have occurred due to gamma ray bursts within our galaxy. These bursts as well as species extinctions on Earth each should occur on average about every 100 million years or so. Nevertheless given the size of the universe overall, we are protected against the complete destruction of the universe or even small portions of it.

By design, inter-galactic (between galaxies) as well as intra-galactic (within galaxies) distances protect us from the violent explosive forces that are seen as necessary to the evolution of the universe. At the same time, if life is common within the universe, this design, which clearly prevents total destruction, makes it also impossible to find other life in the universe. The distances between star systems is so great even within our own galaxy that there is no feasible method of interstellar communication we can employ given present technological capability. We may indeed need millions of years before our level of technological and civilizational development is sufficient to achieve an effective approach to contacting other distant civilizations. If that ever occurs, it will be because we are far less primitive in our approach. We are both protected from an early demise and inhibited from contact with other civilizations by the immense size of the universe. These are issues with which we are slowly coming to grips.

Indeed we are protected against premature extinction by the immense size of the universe, and at the same time prevented from even exploring the closest star systems until we are at least hundreds of times more advanced than we are now. Sounds like a great plan.

Superior. Renowned. Legendary. Each of these words defines Abu Garcia. From its inception on the banks of the Mörrum River in Svängsta, Sweden, Abu Garcia, then AB Urfabriken, has … END_OF_DOCUMENT_TOKEN_TO_BE_REPLACED