Is the Pro Bowl Even Necessary?

There are still many things about the Pro Bowl that are hard to understand. One of the first being, why is it even played? Especially before the Super Bowl has been played?

When the Pro Bowl came after everything else was set in stone, it seemed fine. A mini-vacation for the best in the league and one more game for the TV audience who was going to be stuck with basketball, tennis and other ridiculously boring sports for months

on end before September arrived once again and brought back the power and enjoyment of the gridiron.

It was also far better to hold the Pro Bowl after the Super Bowl because there were serious rivalries that were always fun to see. Knowing that you did not have to stay uninjured because you were playing in the big game next week, allowed teams that were beaten in the NFC and AFC Championships, as well as players who simply didn’t like other players, to go all out and provide a good, hard-hitting game of football. But if you’re in the Super Bowl now, those hard hits can not be made or taken…just in case.

Now the Pro Bowl this year was even more odd than ever before. In fact, the entire format was changed. The uniforms were new, although no more safe than they were before, which means players heading to the Super Bowl still couldn’t give it their all last night.

There are also new rules, including having no kickoffs. And THEN, for those who did not know and tuned in last night anyway, the AFC against the NFC was no longer what the Pro Bowl was about. The game actually pitted two teams selected in a Pro Bowl Draft held on January 22nd. Say what?

It’s hugely expensive and there’s basically no value in the game whatsoever. It was only, supposedly, the desire of NFL players to play in the Pro Bowl that made last night’s game happen at all.

Of course they want it to happen. When a season comes to an end the last thing any player wants to do is sit on the sidelines until September. One more game – anything - is better than nothing.

But…when it came to the viewers, watching a Pro Bowl where each team always begins on the 25-yard-line because kickoffs are now out, not to mention dealing with a two-minute warning at the end of each quarter to give QB’s a chance to execute two-minute drills – may not have made anyone too excited to come back and watch it in 2015.

And with the so-called ‘draft’ being the way players were chosen, than an AFC player can end up having to tackle his own teammate who was ‘drawn’ for the other team. The last thing any player in the NFL wants to do is take the chance at injuring their own QB, when they actually need the guy in September to lead them to the Super Bowl.

As a matter of opinion only, of course, I must say that watching the Pro Bowl last night was not exactly a highlight to the season. Being an avid football fan, the rules made it seem a little dim-witted. You root for your team, not your players. You want to see the (insert your favorite team here) kick their rival’s butts. You do not want to see them turn against each other and kick their own.

If it does come down to canceling the Pro Bowl in the future, I really don’t think the decision will have much effect at all.

Bring on the Super Bowl!

Amma Asante The “Belle” Interview with Kam Williams Amma’s Good Karma Writer/director Amma Asante made an unusual entry into filmmaking. As a child, she attended the Barbara Speake stage school in London, where she trained as a student in dance and drama. She began a television career as a child actress, appearing as a regular in the popular British school drama “Grange Hill.” She fronted the ‘Just Say No” campaign of the 1980s and … END_OF_DOCUMENT_TOKEN_TO_BE_REPLACED

Inside the Hotel Rwanda

Inside the Hotel Rwanda The Surprising True Story… and Why It Matters Today by Edouard Kayihura and Kerry Zukus BenBella Books Hardcover, $24.95 296 pages ISBN: 978-193785674-8   Book Review by Kam Williams “Hotel Rwanda was ‘promoted as a story about ‘the quiet heroism of one man, Paul Rusesabagina, during the Rwandan Genocide.’ I knew Paul Rusesabagina. All the people who survived inside the hotel… knew Paul … END_OF_DOCUMENT_TOKEN_TO_BE_REPLACED

For our March Walk on White, we will be feauring works by Elizabeth Devries, Coco Eriksen, Helen Harrison, Vera Vasek, and more of your favorite Harrison Gallery artists. Like us on … END_OF_DOCUMENT_TOKEN_TO_BE_REPLACED

Land Report 100er: Stefan Soloviev     This New York City-based entrepreneur first developed an interest in agriculture through commodity trading of grains. “That’s how I got away from sitting at a desk to being out in the West,” he says. With landholdings currently totaling 141,700 acres, Soloviev ranked No. 77 on the 2013 Land Report 100. He points out that he visits a different one of his properties every few … END_OF_DOCUMENT_TOKEN_TO_BE_REPLACED

Xist Fitness: How to be Comfortable in Your Environment

Xist Fitness: How to be Comfortable in Your Environment  ~ James Moore Working out and getting in shape are daunting tasks, especially when the task begins with that uncomfortable feeling of walking into a gym and getting started.   The first step in the process is usually easy, signing the contract to begin. But as people go through their workout or have that orientation with the personal trainer there to help them, a person usually … END_OF_DOCUMENT_TOKEN_TO_BE_REPLACED 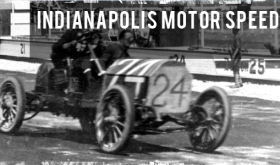 A Step Back Through History for the Lovers of The Great Outdoors  ~ ZZ Troutski Sportsmen and women love the outdoors. They love the thrill of the hunt, or the silence of the water while looking to catch the perfect bass for dinner; they love the hiking and exploration that the mountains provide, as well as the mountain biking and plain, old walking that leads them to places and locations they’ve never seen before.   However, there … END_OF_DOCUMENT_TOKEN_TO_BE_REPLACED

Take Me to St. Louis? Maybe Someday ~ Amy Lignor Ah…the NFL. Between the bad—lawsuits from ex-players regarding drugs being supplied to them without actual information being given regarding the side effects of said drugs later in life; and the good—the players who are already being raved about from the draft that have made many hometown fans already excited and waiting for the first preseason game to begin ASAP; the NFL has most definitely kept … END_OF_DOCUMENT_TOKEN_TO_BE_REPLACED

BAM Thrives With the Franchise

BAM Thrives With the Franchise  ~ James Moore BAM Brands claims many well-known and successful franchises: MassageLuXe, FaceLuXe, Xist Fitness, Spray La Vie and The TAN Company. And there are many reasons why these particular franchises are seeing such a high rate of success.   When you are an entrepreneur on the path to becoming a franchisor, or you are a franchisee just opening who is trying to make the best name in the … END_OF_DOCUMENT_TOKEN_TO_BE_REPLACED

Ah…Circus Animals! The mighty lion is King; roaring loudly at the small dude, he wants nothing more than to grab that whip and chair and show the guy exactly who’s boss! The elephants are the lumbering giants who bring awe and cheers from the crowd. But, the giraffe is…under-appreciated. Not only must he ride across the country in that big circus train with his head through the roof, getting all kinds of mosquitoes stuck in his teeth, … END_OF_DOCUMENT_TOKEN_TO_BE_REPLACED

On Memorial Day Remember to Continue the Fight for a ‘Green’ America  ~ Samantha Lewis America at war is a horrific thing to think about. We strive for peace. We strive to stop the damage being done to human lives. We also miss with all our hearts the men and women we lost over the decades, who gave their lives so that we could have our freedom. These ladies and gentleman made, and still make up, the ‘best of the best’ of us, and should be … END_OF_DOCUMENT_TOKEN_TO_BE_REPLACED