If You Want to See Hockey at Christmas,

If You Want to See Hockey at Christmas,

That’s right, hockey fans…find your local lake or river – make SURE it’s frozen – and then pick up the sticks and have a good time. Why is that? Because the NHL has now officially erased every hockey game off the calendar straight through December 30th as the labor dispute moves ever forward as slow as humanly possible.

It was on Friday that the league filed their class action complaint in federal court only a few hours after the NHL heard a rumor that the Players’ Association would ask its Executive Board to proceed. Proceed with what, you ask? Well, for those who have been wrapped up

in the NFL or simply got sick of waiting for hockey to reappear on their television screens, the NHL lockout is a labor dispute that began way back on September 15th, when the  National Hockey League’s collective bargaining agreement (CBA) ran out. It was only a month before the 2012/13 NHL season was about to begin, when the owners of the league’s franchises declared a lockout of the members of the National Hockey League Players’ Association (NHLPA). A new agreement could not be settled upon. (Sounds like the Fiscal Cliff drama, right?)

The press release offered this past Friday stated just about every ‘suit’ that could possibly be filed, was. The NHL Players had, or will be asked to, vote in order to authorize the National Hockey League Players’ Association’s Executive Board to proceed in their best interests and continue to represent the players in collective bargaining. With this, came the announcement that the NHL filed a Class Action Complaint in Federal Court in N.Y. seeking a ‘declaration’ that would confirm the continuing legality of the lockout.

Yes, it sounds like a lot of mumbo-jumbo and legal jargon to me, too. The worst thing about this is the fact that 526 games have been lost and that includes the New Year’s Day Winter Classic and the All-Star Weekend that fans loved to watch at the end of January.

All this began because the owners wished to reduce the players’ share of 57% of hockey-related revenues (this was a guaranteed percentage, by the way). They wanted to add term limits, erase salary arbitration, and change free agency rules. The union, however, wanted to increase the sharing of revenue between owners and add a fixed salary cap that would not be linked in any way to league revenues. The union was unsuccessful when it challenged the league’s ability to lock out players of three Canadian teams, and this has now become the third lockout to be seen in the last nineteen years (the others occurred in 1994–95 and 2004–05.)

Now, during this lockout, there have been some NHL players heading to play in other leagues in North America and Europe – most likely, just to be able to get back on the ice and play the game they love.

Money has been lost by the league as well as businesses that actually thrive on NHL souvenirs, gifts, as well as hotels and restaurants in various areas where visitors and fans come to stay in order to see the games – this is their main source of income.

Offers were exchanged by both the league and the Players’ Association, with the union’s last offer containing the fact that there must be an unlinked salary cap that would steadily increase over five years. The Commissioner, Donald Fehr, was the one who argued the fact that if the NHL continued to see revenue increases then the players’ share of revenues would, yes, drop from 57 to around 52%, BUT then they would increase to 54% in the last two years of the deal.

Their talks did resume in the beginning of November with the NHL and Players’ Association meeting over six days in an undisclosed location. Here is where the NHL offered to pay a $211 million provision over the first two years of the deal in order to honor the existing player contracts. On the flipside of the coin, the Player’s Association wanted $590 million. A little later in the month, the Association offered a new proposal, but it was still over a $180 million difference between what the NHL was proposing.

Mediation, meetings, lawyer’s yapping…after a while, fans wonder if the players or the league even care about the fact that NO revenue is coming in when fans are not allowed to see any games. And when you keep erasing the games off the schedule, NO tickets will be bought because everyone is basically sitting in their homes doing absolutely nothing.

Now, the players do have options that include being eligible for the American Hockey League and, as stated above, the more experienced players have chosen to play in European leagues. Approximately 175 players have joined teams in Europe, but this is no help to the fans who are not able to head to Russia or Switzerland for the holidays in order to see their favorite players.

STOP with the constant money issues! Remember the fans! You know? We’re the poor ones out here who work hard and simply support your league with our interest and passion for hockey. Mess with us long enough, and the NFL, MLB, NASCAR – heck, even the National Badminton Club will get our ratings, support and money. And for hockey, we WILL just go in the backyard and have a ball! (Excuse me…puck.)

This Moment in Sports is Brought to You By:   Be First Media Group 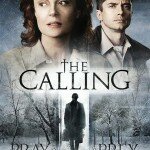 The Calling Film Review by Kam Williams   Susan Sarandon Stars as Small Town Detective in Adaptation of Multi-Layered Murder Mystery   Hazel Micallef (Susan Sarandon) was thinking about retiring from the Port Dundas police force because of the herniated disc which left her addicted to both booze and painkillers. But the hobbled detective decided to put those plans on hold the day she stumbled upon the body of an elderly neighbor whose … END_OF_DOCUMENT_TOKEN_TO_BE_REPLACED

Thoughts from a Unicorn: 100% black. 100% jewish. 0% safe. by MaNishtana Foreword by Saul Sudin Hyphen Publishing Paperback, $19.95 392 pages, Illustrated ISBN: 978-0-61574758-3 Book Review by Kam Williams “Born to an African-American Orthodox Jewish family, MaNisshtana has spent his life being Black, being Jewish, fielding questions and accusations from all sides, and occasionally just Being. Through this witty, straight-talking … END_OF_DOCUMENT_TOKEN_TO_BE_REPLACED

Recently I have been thrust into the limelight as a contestant on Skin Wars, a body painting competition series on GSN (Game Show Network) which aired it's first episode last week, August 6th and runs for 8 weeks. I went to Las Vegas for a body painting convention this past weekend for the Bodypainting Jamtacular hosted by Suzanne Luganno of SyFy's Naked Vegas. I was recognized for being on the show first by the doorman at our hotel. Then it … END_OF_DOCUMENT_TOKEN_TO_BE_REPLACED

GEORGIA – TEXAS RANCH Collin County, Princeton, Texas    753 Acres   The Georgia – Texas Ranch is a highly improved property and one of the finest of cattle ranches so close to Dallas.  It offers smooth rolling topography in a park-like setting, where the Harrington and Lick Branches converge just upstream of Lake Lavon. Location: This ranch is located less than 20 miles East of McKinney in the East central part of Collin … END_OF_DOCUMENT_TOKEN_TO_BE_REPLACED 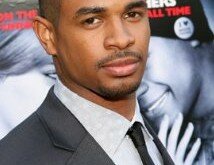 Damon Wayans, Jr. The “Let’s Be Cops” Interview with Kam Williams There Is Nothing Like a Damon   Damon Wayans, Jr. is a member of the famed Wayans family, creators of the groundbreaking television series In Living Color, the Scary Movie franchise, and much more. Damon made his film debut in Blankman, a superhero comedy that starred his father. He also appeared in his dad’s television series My Wife and Kids before striking out on … END_OF_DOCUMENT_TOKEN_TO_BE_REPLACED

Innovation and Safety -- The Hallmarks of TenPoint's Success   To the untrained eye, a crossbow is such a simple tool. After all, historians say its design dates as far back as the 5th century BC and was meticulously described by the Greek author Heron of Alexandria. He called it the gastraphetes, which resembled a heavyweight archer's bow attached to a wooden launching arm. The operator would push the butt-end of the launcher … END_OF_DOCUMENT_TOKEN_TO_BE_REPLACED 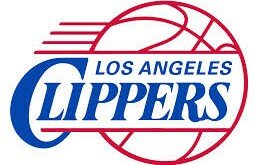 At Last…Clipperdom Rests! ~Amy Lignor The Clippers’ situation – ‘Clipperdom’ – has basically been going on so long with so many completely unbelievable statements since this all began, that it began to feel like its own supernatural location: Stephen King’s, Under the…Clipperdom. However, it finally seems that this slightly ridiculous situation is settled. The former CEO of Microsoft is basically happy as a clam. He is heading to Los Angeles … END_OF_DOCUMENT_TOKEN_TO_BE_REPLACED

How Can YOU be Part of the GROUND FLOOR Mega Hit, Nerium, in Canada?  ~ Betsy R. Smith Sales hit $1 million in just 2 weeks as Nerium International hit the ground running in Canada!  And that was just in 2 provinces.  Now open throughout Canada, momentum is building and the operation is running smoothly.   Ever want to be in the right place at the right time?  This is it.  Check out some of the news from the Nerium Blog about Canada … END_OF_DOCUMENT_TOKEN_TO_BE_REPLACED

FIRST PEOPLES BUFFALO JUMP, Southwest of Great Falls, MT   The Interpretive Center wasn't open @ 8 a.m., I just drove on and found signs for the higher access to the Buffalo Jump off the rocks, over the ledge ~THE Buffalo ran and their legs, necks, backs were broken in many places and the People finished them off! I took many pictures and the first animal besides a small flock of Raven was a big fat Rock Chuck who posed for me, … END_OF_DOCUMENT_TOKEN_TO_BE_REPLACED

Checks & Balances are Necessary for the Healthy Habitat ~ Samantha Lewis The one thing that animal rights’ activists, environmental workers, scientists, and even government agencies seem to be able to agree on is that the world is a place of checks and balances. In order for a country to remain level and not slide too much to either side that ends up hurting the planet, people must work together and be educated. If a habitat has too much of … END_OF_DOCUMENT_TOKEN_TO_BE_REPLACED