How the Poor Can Save Capitalism

How the Poor Can Save Capitalism

Rebuilding the Path to the Middle Class

“This book is about saving America and returning her to her original promise, her original founding ideas and ideals. It is about planting, nurturing, and growing a sustainable middle class… This 21st C. definition  of freedom is expressed as self-determination—the opportunity that comes from one’s own hands and one’s own bold ideas connected to action, personal risk, personal investment, and hard work.

This book is about creating a new, sustainable business plan that returns this country to its original big, bold, audacious dream… This idea is both utterly liberal and the very definition of conservative at the same time.”

Excerpted from the Introduction (page 7)

It’s no secret that, by most measures, black folks are the only ethnic group that’s far worse off than it was before Barack Obama took office. Whether you’re talking home ownership, unemployment, high school graduation, wages, access to healthcare, net worth, retirement savings, college attendance, financial aid or consumer debt, African-Americans have experienced a dispiriting downward mobility. So much for hope and change.

Rather than risk offending the Obamapologists permit me to quickly add that stonewalling Republicans in congress are as much to blame for the skyrocketing black misery index. Nevertheless, not to worry. Before you plunge into the depths of despair, I have good news to report.

For a man has arrived with an answer for the crisis in John Hope Bryant, with an
emphasis on Hope. Mr. Bryant, who is the Chairman of the President’s Advisory Council on Financial Capability, has written a self-help book with the controversial title: How the Poor Can Save Capitalism. He is also the co-founder of the Gallup HOPE Index, the only national opinion poll which measures the financial dignity and economic energy of America’s youth.

The focus of his timely tome, however, is giving impoverished people a helping hand. His plan might be thought of as akin to the micro-finance model implanted around the world by Nobel Peace Prize-winner Dr. Muhammad Yunus. Mr. Bryant see the woes of those stuck in cycles of poverty as having as much to do with self-esteem, depression and values as being broke and/or jobless.

And the solution he envisions is what he terms the fifth “big bang,” namely, “the unleashing of empowered human capital.” The goal under this theory is for each individual to become “the CEO on you.” Weighing in a little heavier on pep talks than practical solutions, the opus struck me like an extended motivational speech offering little more than “hope” to gullible ghetto dwellers still waiting for the change promised way back in 2008.

To order a copy of How the Poor Can Save Capitalism, visit: http://www.amazon.com/exec/obidos/ASIN/1626560323/ref%3dnosim/thslfofire-20

The Judge Film Review by Kam Williams Downey and Duvall Square-Off in Character-Driven Courtroom Drama Hank Palmer (Robert Downey, Jr.) is a very successful, criminal defense attorney with a good reason to hide his humble roots. After all, he was a rebellious kid who frequently landed in trouble with the law while growing up in tiny Carlinville, Indiana. That juvenile delinquency only served to alienate him from his father, Joseph … END_OF_DOCUMENT_TOKEN_TO_BE_REPLACED

The Mad Monk is Back in Rasputin’s Shadow by Raymond Khoury  ~ Book Review by Amy Lignor Uniquely plotted, this book offers up a journey connected to the odd mind of Rasputin; the man who was given the historical honor of causing the downfall of the Russian Royal Family. Fiction melds with fact, as the Mad Monk works with a partner who is both believable and downright frightening. In truth, both areas - history and imagination - come … END_OF_DOCUMENT_TOKEN_TO_BE_REPLACED

Recently I made a discovery that the reason it feels that I have been swimming against the current all by myself trying to figure out what’s wrong is because I am in a vast sea of people who are all around me thinking the same thing. Haven’t you felt it too? Some strange inertia holding you back from that next realization that will give you the breakthrough financially? in your relationship, in your self worth and value? in meaningful work? … END_OF_DOCUMENT_TOKEN_TO_BE_REPLACED

Land to Table: Shelton Vineyards   Brought to You by the Shelton Family According to the 1840 Census, the state that led the nation in total wine production was North Carolina. Surprised? Thomas Jefferson wouldn’t be. In 1817, the author of the Declaration of Independence singled out North Carolina for producing “the first specimen of an exquisite wine” and praised its “fine aroma, and chrystalline transparence.” Sir … END_OF_DOCUMENT_TOKEN_TO_BE_REPLACED 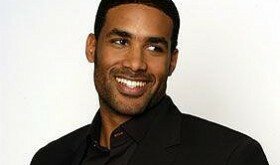 Boris Kodjoe The “Addicted” Interview with Kam Williams Kodjoe Aglow!   From his big screen and television roles to his theater and entrepreneurial skills, Boris Kodjoe has proven to be one of Hollywood’s most sought-after talents. He is probably best known for his role as Damon Carter on the TV series “Soul Food.” He can currently be seen opposite Kevin Hart, Nick Cannon and JB Smoove on another hit sitcom, “The Real Husbands of … END_OF_DOCUMENT_TOKEN_TO_BE_REPLACED

Yamaha Introduces New Props and Smoother Shifting to Midrange Outboards Capt. Ted Lund   Known for manufacturing some of the smoothest running, shifting and quietest outboards on the market, Yamaha’s midrange motors just got a little smoother and quieter thanks to a new series of hi-tech, hi-performance aluminum propellers. Specifically designed for outboards ranging from 70- to 115-hp,Talon aluminum props feature … END_OF_DOCUMENT_TOKEN_TO_BE_REPLACED 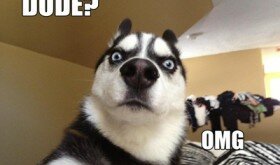 Keep the Surprises Coming!   ~ Amy Lignor Fantasy football is looking a whole lot easier to predict than the real thing. Let’s face it, there have been controversies all over the place, with most coming from the QB position. Let’s take a look…   Smith or Vick? This is a QB controversy that seems to be making as many headlines as Ebola, and it is far less of a worry to the real world. Although fans of the Jets, as well as players, may … END_OF_DOCUMENT_TOKEN_TO_BE_REPLACED

Recently I was invited by a friend of mine who is a photographer for the oil and gas industry to go on a tour of a Colorado local energy company, Noble Energy. I went because I am the idiot who likes to hear both sides of a story. I'd also prefer to know something first hand than hearsay. So I went to learn about Fracking. I went on this tour with the same basic knowledge that most of the people I know have about Fracking. 1. Fracking is … END_OF_DOCUMENT_TOKEN_TO_BE_REPLACED

The Mystery & Myths of the Badlands   Badlands National Park is not only one of the most amazing scenic spots in the world, but it is also one of the most eccentric. That area is a type of other-worldly experience, as if the land holds mysteries and myths hidden deep within the buttes. The high rock formations seem to dare and challenge you to reach the top; perhaps climb as far and fast as you can in order to meet the … END_OF_DOCUMENT_TOKEN_TO_BE_REPLACED 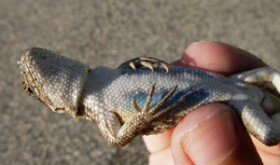 No Love for the Sagebrush Lizard

No Love for the Sagebrush Lizard ~ Samantha Lewis Credit should always be given for the defenders of the wildlife out there who are doing their absolute best to protect and save both creatures and habitats that are disappearing worldwide. Fights are won and lost. Some even change and become more than a bit confusing: such as, the wolves being moved into Yellowstone as a project to protect and defend, which is now turning into a hunting … END_OF_DOCUMENT_TOKEN_TO_BE_REPLACED