How Can You Help Save the Sea Turtles

150 million years is a long existence, to say the least. It is the sea turtle that owns that distinction, yet they are being threatened more and more every day. When one problem is solved, another issue seems to hit the news immediately.

Sea turtles have seen their share of damage. From poachers to oil to coral reefs being destroyed to the waste thrown on the beaches of this country that have killed and maimed these creatures – everything seems to be against the sea turtle when it comes to them extending that 150 million year existence. This is the creature that lived before the dinosaurs were even known to be present, and

there are now seven species of sea turtles left (Green, Kemp’s ridley, Olive ridley, Hawksbill, Leatherback, Flatback and Loggerhead.) However, in 2013, all seven species are critically threatened – with the worst being the Leatherback, whose presence has declined 95% over just the last twenty-five years.

But, there is good! There are a myriad of issues that various humans have been campaigning to stop, and their list of tasks are long: large-scale poaching of adult turtles and turtle eggs; drowning in shrimp nets and being dragged by longline hooks set out by tuna and swordfish anglers and industries; development and destruction of nesting beaches; pollution and plastic debris in the ocean; climate change causing rising sea levels that impact nesting beaches; warming ocean temperatures that negatively impact the food resources for the creatures – this is literally a situation where: “you cut off the head of one demon and another grows back in its place.”

The organizations and associations, out there, as well as personal individuals, are working desperately to change the future for the sea turtles. And…their work has not been for nothing. Changes have been made and battles have been won; however, the work is not done. Scientists have predicted that the stunning giant of the species – the Pacific leatherback sea turtle – could very well be erased in the next 5 to 30 years if the current threat of wasteful industrial fishing is not stopped.

But everyone – everyone – especially in this time of constant ‘bad’ hitting the news need to understand that there are victories. There are true hero’s out there who have made a difference. Down in Australia, various gas projects were halted because the people stood together and made sure that the ancients of the deep would not have to put up with more oil, gas, natural gas pipelines, the destruction of the landscape and coral reefs, that happen because of these various industrial projects. Chevron (California-based) pulled out of the gas project just a year ago – and the battle for the one project was won.

The Turtle Island Restoration Network – its members and supporters – banned together to pressure top decision-makers in Australia to halt the project because of the extreme harm that would come to sea turtles, as well as other marine life, and the lands that are held sacred by the traditional landowners in the Aboriginal community.

Sea Turtles 911 is yet another organization that is working hard in China, where an extreme amount of illegal sea turtle harvesting is occurring. This organization has rescued turtles directly from poachers, markets and restaurants. Among the illnesses that the rescued turtles had were malnourishment, dehydration, and fungal infections – but this organization admitted these poor creatures into the floating sea turtle hospital set up for emergency medical care. They have offered rehabilitation to the sea turtles in order for them to be released back into the wild.

WorkTravelSA is yet another organization that is working in South Africa trying to save the sea turtle. They have researched the long and complex lives of these creatures that live for great lengths of time at sea before returning to the original beach they hatched from to nest. These intelligent creatures have long memories, and during their nesting periods both turtle and nest become open to natural and human threats. Beach erosion, flooding tides and attacks from natural predators, such as: honey badgers, bush pigs, ants, wild cats, crabs, etc.) occur; add to that the random egg harvesting and trampling of the nests by people and you have a huge situation. But every issue is being watched over and solved by this organization.

It is the coastline of northern KwaZulu-Natal (KZN) and southern Mozambique where the leatherback turtles nest and loggerheads breed – the only location in the Indian Ocean that can be monitored and maintained in order to help them that organizations are concentrating on. Small, yet extremely ecologically important, this is one area where groups are working tediously to extend that 150 million years no matter what!

This is shout out – this is a pat on the back – and this is a fact that must be remembered by one and all. As the ‘bad’ continues to hit the press and become media headlines, it must be remembered that the ‘good’ – the heroes are out there – fighting for everything from the sea turtle to the human.

Stand together, believe, and ‘good’ will always triumph! 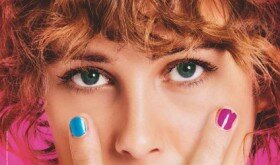 Wetlands (Feuchtgebiete) Film Review by Kam Williams Insatiable Teen Explores Her Carnal Fantasies in Kinky, Coming-of-Age Sexcapade   Helen Memel (Carla Juri) has had hemorrhoids for as long as she can remember, an unfortunate affliction she probably developed as a result of a combination of probing herself and practicing very poor hygiene. For the headstrong rebel has made a habit of ignoring her mother’s (Meret Becker) sensible … END_OF_DOCUMENT_TOKEN_TO_BE_REPLACED

Ok. I know this may be hard to believe but some of you didn’t know that I was a contestant on the GSN (Game Show Network) new bodypainting reality contest show, Skin Wars. Produced by Michael Levitt and Jill Goularte. Hosted by Rebecca Romijn. Judges were RuPaul, Craig Tracy (my personal hero) and Robin Slonina of Skin City. It is still currently airing Wednesday nights 9pm eastern/8 central on GSN. If you want to find the channel in your area go … END_OF_DOCUMENT_TOKEN_TO_BE_REPLACED

Jeff Boswell of Republic Ranches: Increasing Return by Enhancing the Land   In the real estate realm, people will find just about everything. But when it comes to finding the right real estate brokers who not only know the area they represent, but are also true land stewards at heart, it is Republic Ranches that stands alone at the top of the pack. There are many reasons for this, but the one that definitely makes them unique … END_OF_DOCUMENT_TOKEN_TO_BE_REPLACED

Darryl and Tracy Strawberry “The Imperfect Marriage” Interview with Kam Williams Team Strawberry!   Darryl Strawberry was a prodigious home run hitter who won four World Series as a member of the New York Mets and New York Yankees. The retired baseball great was also the National League Rookie of the Year in 1983 as well as an 8-time All-Star over the course of his storybook career. Today, Darryl’s purpose and passion is … END_OF_DOCUMENT_TOKEN_TO_BE_REPLACED

Effective Shotgunning for Deer: A penetrating argument for using quality slugs   The buck steps from behind a tree.  There’s your shot—broadside, a mere 50 yards away, a clear path.  Your shotgun barks, and the big deer drops in its tracks, perfect shot placement just behind the shoulder…exactly the way it’s supposed to be. Trouble is, few things in hunting turn out the way they’re “supposed to be.”  More likely the … END_OF_DOCUMENT_TOKEN_TO_BE_REPLACED

Here it Comes…Stepping Up to Knock the Seahawks Down

Here it Comes…Stepping Up to Knock the Seahawks Down  ~ Amy Lignor Put your seat backs in the upright position, people. The NFL is taking off. Course, the defenders already had their first game and everyone is already saying they can’t be stopped for a repeat. I think they most definitely can. In fact, the Super Bowl this time around will not have any of the same jerseys walking the field. Why? Because there are difficulties happening for … END_OF_DOCUMENT_TOKEN_TO_BE_REPLACED

Recently I was invited by a friend of mine who is a photographer for the oil and gas industry to go on a tour of a Colorado local energy company, Noble Energy. I went because I am the idiot who likes to hear both sides of a story. I'd also prefer to know something first hand than hearsay. So I went to learn about Fracking. I went on this tour with the same basic knowledge that most of the people I know have about Fracking. 1. Fracking is … END_OF_DOCUMENT_TOKEN_TO_BE_REPLACED 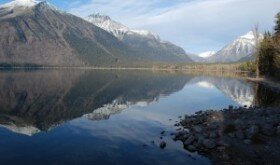 The Crown of the Continent

The Crown of the Continent   When it comes to speaking about the most beautiful places in the world, there is one name that comes up on all ‘Top Ten’ lists. In Montana, Glacier National Park offers some of the most amazing picturesque spots that anyone from a photographer to a naturalist to a family of five waiting to take that ultimate summer vacation can possibly imagine. But for those who have not witnessed this truly … END_OF_DOCUMENT_TOKEN_TO_BE_REPLACED

The ‘Green’ of the Gaming Industry  ~ Samantha Lewis ‘Green’ comes in two forms with the gaming industry in 2014. The ‘green’ – as in cash – is what the gaming industry is seeing more and more of these days. There have been huge deals announced in the marketplace just this past week – with Amazon buying Twitch for $970 million dollars. Twitch is a service, by the way, that is actually based on allowing users to watch and broadcast video game … END_OF_DOCUMENT_TOKEN_TO_BE_REPLACED