There is one thing that the most magical locations in the world all have in common, and that is the aura – the feeling that literally clings to the surface of historical sites 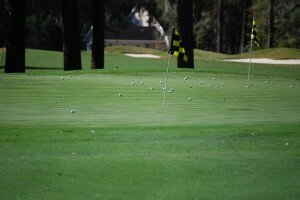 whether they be battlefield or sunken ship – reminding us of what once was. What I mean by this, plain and simple, is the history – the lives of the people who lived before that none of us will ever have the pleasure of knowing. Some of these lives quite literally changed our world. Without them, the days of 2012 would be far different. These are the ones who, without knowing it, left their indelible impression on our present-day lives.

One of the most amazing locations for historical facts, sites and people is an island off the coast of Georgia called, St. Simon’s. This is a true ‘kingdom’ that housed some of the most magnificent minds and power-hungry individuals who ever walked the face of the planet.

Hidden in this once ‘unknown’ place were true visionaries – from writers to builders to architects that would offer new innovations to the world. There were also those who were part of the evil ministrations that COULD have won; people who COULD have become larger than life and turned this land into something that neither you or I would ever have wanted to live in.

St. Simon’s has its roots firmly planted in everything from the American Revolution to the Civil war. This particular article is about a plantation, the roots of which are now buried deep beneath a stunning golf course that people use every single day.

We enter into this realm because of the slew of articles that have been written about the King and Prince Resort, which is a place of sheer luxury where visitors come to enjoy the undisturbed nature and the warm sun that beats down on the mighty Atlantic. Here, people dwell in rooms fit for royalty. They dine on the finest cuisine, golf on the most beautiful course in the nation, bike, hike, and photograph the absolute best scenery that Mother Nature can provide

But over a hundred years ago, this whole island was quite a different scene. There was still a man who lived in the lap of luxury, but there was also one woman who made sure to stand up for the people and alter the course of the Civil War.

Before the five sparkling pools were created for the visitors to enjoy at the King and Prince, before there was a stunning golf course by the name of The Hampton Club, there was a place known as Hampton Plantation that sat on the northernmost tip of St. Simon’s. Resting on three hundred acres hemmed by marshlands, and sitting under a canopy of live oaks, this plantation was where the ‘land of the free’ would take a step forward.

Imagine the grandeur! Take a walk back in time with me over a century ago, back to the antebellum era – a time that is such an intricate part of the St. Simon’s experience. It was here, on this plantation (which was one of four elegant plantations at the time), where Major Pierce Butler thrived. This is a man who had everything from fruit orchards to endless fields of indigo and cotton and, unfortunately, slaves.

Hampton Plantation ‘saw’ a great many things during its time; it was at Hampton that the Major grew hundreds of acres of sea island cotton, and brought hundreds of slaves from South Carolina to work his vast fields. These men and women who worked so hard and suffered daily under his hand would eventually number almost a thousand, and the plantation would soon be recognized as one of the largest in the South.

The Major had a wealth of pride, and his ego-driven sensibilities made him by far the wealthiest planter to settle on St. Simons. After several years of building and expanding, the plantation went from a house with fields to a true ‘complex’ that included a main house, an overseer’s house, a smokehouse, poultry house, washhouse, cotton barn, corn house, horse mill, two store houses, a hospital, a stable, six duplex slave cabins and more – a grand monument to Butler‘s voracious appetite for money and power.

Mother Nature – perhaps the only thing at the time that was more powerful than Butler – destroyed the large house in 1824 with a massive hurricane, which meant the Butler family had to move to the overseer’s house for their infrequent visits.

To understand the ultimate ‘gift’ a young British woman gave to this country, all readers need to know how the Butler clan operated. Major Butler ran his plantation with military precision. This was a stern disciplinarian who maintained strict control, and he passed along this persona to his grandson, another power-hungry man also named, Pierce. 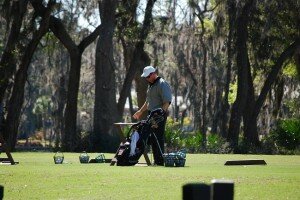 The Hampton Club, the golf course that truly shines with some of the most amazing scenery in the world, was actually once a vacation spot for some of Butler’s extremely high-profile friends. The most famous was Vice President Aaron Burr who, after killing Alexander Hamilton in a duel, sought refuge in the South. Burr even summed up his feelings about St. Simon’s in some beautiful letters he wrote to his daughter about the graciousness and beauty that he found there. It would, however, be thirty years later when the one visitor that saved us all would arrive…

Fanny Kemble was a beautiful English actress who married the Major’s grandson. She was the person who visited Hampton in 1839, and although Fanny was also quite taken with the beauty of St. Simon’s, and offered a stunning and eloquent tribute to the area, she also was extremely upset about the ‘way of life’ that Butler led.

She was literally shocked by slavery and how people were being treated by her new ‘family.’ It came as no surprise when Fanny divorced Butler and returned to England to resume her career on the stage. But having Fanny’s diary published in 1863 gave motivation to the abolitionist movement on both sides of the Atlantic.

Her words were powerful and from her own ‘private’ civil war with the Butler clan, she would single-handedly convince the British empire NOT to support the South during the Civil War.
Again, the imagination of the historian jumps into overdrive with this story. You see, Fanny Kemble was a strong and spirited woman who had absolutely NO formal training as an actress. Oddly enough, she could hold audiences in the palm of her hand – her sheer force and magnetism made everyone around her spellbound. As a writer, she was highly intelligent and wrote about subjects she was truly passionate about. And her journey to the most important subject of her life began in 1832. This was when Fanny set out on a two-year theater tour in America, where audiences were enraptured. Because of her newfound American celebrity, Fanny was even meeting with political and cultural dignitaries quite high up on the ladder.

Pierce Butler was an admirer who simply would not let Fanny go. He was on the cusp of inheriting his grandfather’s fortune (becoming one of the largest slaveholders in the nation) when Fanny Kemble came along.

Pierce Butler’s infatuation turned into a marriage proposal, and Fanny entered into a life of extreme wealth. The differences between these two were far too much to bear, especially their opinions on slavery. Pierce saw only the benefits, whereas Fanny wanted to emancipate his slaves. Early in their marriage Fanny even attempted to publish an antislavery treatise that she had written, but Pierce stopped her.

It was in 1836 that Pierce and his brother John inherited the Georgia plantations. Fanny wanted to see the Hampton Plantation firsthand, but nothing in her life had prepared her for what she found there.

Spending only four months on St. Simon’s Island, Fanny recorded her experiences in letters which she later compiled and published called, Journal of a Residence on a Georgian Plantation. It is the most detailed look at plantation slavery ever recorded by a white northern abolitionist.

The marriage, of course, ended in a battle of wills, to say the least but Fanny did support herself with her highly acclaimed Shakespearian readings, It was Pierce who was soon destroyed, as he gambled the vast Butler fortune away on the stock market. He sold everything and eventually his trustees decided to sell the property he held in Georgia – a property that only had human beings left. What happened next was hideous. In 1859, these people were ‘assessed’ and sold, becoming the largest single sale of human beings in United States history. It was an event that is now known as, the weeping time.

Pierce’s financial situation was saved by this ‘sale,’ yet the country hovered on the brink of war. In 1861 the war erupted and Fanny Kemble turned her words, her contacts, and her incredible summation about life and what she’d seen people go through at the hand’s of Butler, into a quest to convince the entire British Empire to change heir minds. They supposedly were about to stand behind the South, which would’ve changed the course of history. Think about it. With the British Navy, machinery, money, and everything else at their disposal – the South would have won and everything you see around you would be no more.

Visionaries…saviors that went unrecognized in their time…this is history. This is the thrill and excitement of the ‘unknown’ which can only be found in the magnificent ‘realm’ of St. Simon’s Island.

Superior. Renowned. Legendary. Each of these words defines Abu Garcia. From its inception on the banks of the Mörrum River in Svängsta, Sweden, Abu Garcia, then AB Urfabriken, has … END_OF_DOCUMENT_TOKEN_TO_BE_REPLACED