For the longest time, scientists and archaeologists have been confused and bemused by various discoveries they’ve unearthed that offer little or no explanation as to the who, what, and why of the people who created these things or left them behind. Even now, in 2017, there are discoveries being studied; stories that were once legends now have actual bits of proof being found that back them up as being completely real.

Think about the giant stone spheres that are found sporadically across southern Costa Rica. These huge monuments — some dating as far back as A.D. 600 — are made from a specific rock that forms only from molten magma. The ancient people who carved these stones into perfect spheres (an accomplishment/skill which no one can explain) remain a mystery. Some people state that they were used for the purposes of astronomy, while others believe they were placed here to stop another “molten” occurrence. But how? Why? Ask even more people, especially the locals in Costa Rica, and they will state that these perfect spheres point to pathways leading to extremely important locales that have yet to be discovered. But ask yourself this question: Would you, if you were allowed to, “dig” these spheres out of the ground and simply sell them to the highest bidder? 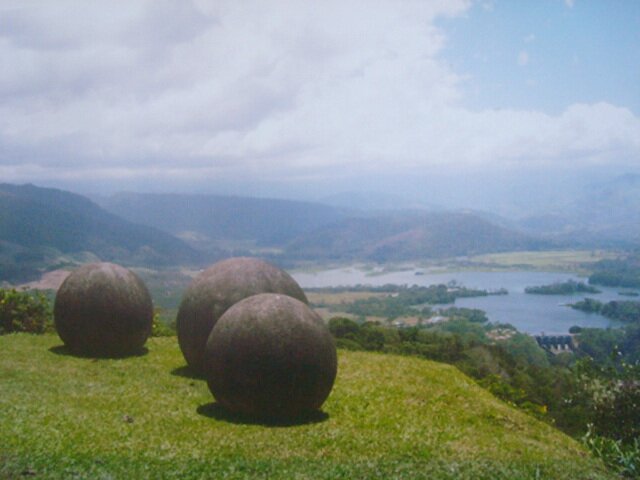 These are things you can touch and see with your own eyes. But take something unknown, such as, Cleopatra’s tomb. Everyone certainly knows who she was, being the last in a series of rulers from the Ptolemy family who reigned over Egypt between 305 and 30 B.C. From books to movies to actual proof, Cleopatra’s story has been told hundreds of times; yet when it comes to her burial place, that specific location, is still…well, buried.

It is here where Antony and Cleopatra committed suicide after Octavian defeated them in 31 B.C. Buried together at a location that was documented by Plutarch as being a “lofty and beautiful” monument, was set near a temple ode to the Egyptian goddess Isis. Yes, there are those looking still, constantly, for clues as to where this lover’s tomb happens to be. Yet even if and when it is found, it is quite possible the tomb will be empty. After all, grave robbery was not an oddity back then (nor is it now), and it just may be that all of Cleopatra’s shiny jewelry and goodness knows what else was taken long ago. But ask yourself this: If you found it, and all of this shiny stuff was there (even the sad bones of two people who are most definitely among the hierarchy of history), would you auction all of it off to the highest bidder?

You may just be shaking your head or screaming out that there is “no way ANYONE should or would be allowed to do that!” After all, we are talking about major history, here. These things would belong in a museum, not in the hands of some rich billionaire who would simply gaze at it in order to feel like they have even more power than they already do. But…it seems people can do whatever they want.

The sinking of Titanic, this “ship of dreams” that literally became a very large grave/tomb, is in the news once again because an auction is being held that will once again cause the world to lose historical items that should not be sold in the first place.

Photos, along with a handwritten note detailing the horrific discovery of Titanic’s last lifeboat are being auctioned off in the United Kingdom. The photos are said to have been taken on May 13th, 1912, only one month after the ‘unsinkable’ ship did just that. The pictures show crewmembers from RMS Oceanic recovering a Titanic lifeboat. (Inside the lifeboat, by the way, three decomposing bodies were found). The handwritten note being auctioned was written by an “unidentified” Oceanic passenger describing, in gory detail, the gruesome sight of the bodies.

But that’s not the only lot that will see the light of day and be placed where it does not belong. A rare ticket stub from the liner’s launch in Belfast; a photo of the drawing office where the ship was designed showing an actual model of the ship; and, even the first letter written onboard Titanic, just hours before the ship set sail, will also be auctioned off.

These things will not bring billions of dollars that could be used to save countries or feed starving children or change the course of a war, etc., etc., etc. There is no “good” reason why these things will be placed in someone’s personal den. What this is, is basic grave robbery. The macabre is fascinating to many, we know this. God only knows what Jack the Ripper’s favorite knife would bring, if someone came across it. However, these things are artifacts. The note was written by someone who was excited to be on that ship. They were happy to set sail and be a part of the history of the very first unsinkable vessel.

Real people, their stories, their hopes, their families – you name it – these items have a very real tale to tell, and selling them to the highest bidder is not what history is all about.

So…would you do it?