Eddie Cole (Haley Joel Osment) is one, long-suffering virgin. The terminally-awkward nerd never got lucky in high school, despite performing in the jazz band, since he picked probably the least cool instrument to play, namely, the oboe. And the aspiring educator fared no

Today, he lives in the Tampa area where he frequently finds himself forced to watch couples cavort amorously, like the kinky customers begging him to let them copulate in the bagel store where he works as a clerk. There’s no relief for the loser at lust at home either, where he catches his roommate (Jake Powell) in a compromising position with a cute conquest (Castille Landon).

At least Eddie’s job prospects improve when he’s offered a position at an inner-city junior high school. The only trouble is he’ll be teaching Sex Education, a subject he obviously knows nothing about. Worse, half the kids in his class prove to be pretty precocious in terms of the birds and bees, especially class clown Leon (Isaac White), a trash-talking troublemaker whose minister father (Chris Williams) has to be summoned to wash his son’s mouth out with soap.

(Lorenza Izzo), the elder sister of one of his students (Kevin Hernandez). The complication there, however, is that the pretty Latina already has a mucho macho buff beau in the very jealous Hector (Ray Santiago).

That is the pat premise of Sex Ed, a romantic comedy designed to keep you guessing whether Eddie will ever be able to summon up the gumption to tell Pilar his true feelings for her. Written by Bill Kennedy and directed by Isaac Feder, the film is basically a vehicle for all-grownHaley Joel Osment, the former child star famous for making “I see dead people” a cultural catchphrase.

In The Sixth Sense, he also played a character called Cole, albeit it’s his surname this go-round. Brace yourself to hear him use some surprisingly salty language in service of a production which would’ve warranted an R, had it been rated by the MPAA.

Whiplash Film Review by Kam Williams Prodigy and Perfectionist Professor Square-Off in Mesmerizing Jazz Drama   19 year-old Andrew Neyman (Miles Teller) got more than he bargained for when he entered the hallowed halls of mythical Shaffer Conservatory. The promising prodigy had reasonably expected what was arguably the best music school in the entire country to be the ideal place to pursue his ambition of becoming a celebrated jazz … END_OF_DOCUMENT_TOKEN_TO_BE_REPLACED

The Justice Imperative: How Hyper-Incarceration Has Hijacked the American Dream

Recently I made a discovery that the reason it feels that I have been swimming against the current all by myself trying to figure out what’s wrong is because I am in a vast sea of people who are all around me thinking the same thing. Haven’t you felt it too? Some strange inertia holding you back from that next realization that will give you the breakthrough financially? in your relationship, in your self worth and value? in meaningful work? … END_OF_DOCUMENT_TOKEN_TO_BE_REPLACED

The Art of the Past

The Art of the Past   Texas is a state of history, with ancient settlements, communities, and even caves that offer true works of art from the past.   An incredibly stunning and mysterious locale in Texas is one visitors are amazed by on a daily basis. It is the largest and most varied ‘rock art’ collection in the country. Rock art, for those who do not know, is a series of paintings and carvings made by ancient … END_OF_DOCUMENT_TOKEN_TO_BE_REPLACED

In & Out: Outhouse Stout

In & Out: Outhouse Stout ‘Outhouse Stout’ Tee The old adage remains true. “It goes in one end and right out the other.” Am I right, or am I right? This says it all, people! We know beer is necessary. Whether barbecuing in the backyard, or working outside on a hot day; whether sitting in a bar yelling at the screen because your football team has lost yet ANOTHER one to those bas***ds who don’t deserve to wear a uniform (insert the team you … END_OF_DOCUMENT_TOKEN_TO_BE_REPLACED

‘Greatest Mirror on Earth’ Tee Beauty is in the eye of the beholder. Well…Behold THIS Sweetheart! You stare into this sheen of glass and your breath catches. There you are, a god or goddess standing atop Mount Olympus enjoying your ultimate power. Of course, you aren’t actually up on that mountaintop looming behind you because it’s way too far to climb, and messing up your hair or having your face turn red with sweat is not the … END_OF_DOCUMENT_TOKEN_TO_BE_REPLACED

One Man’s World ~ Amy Lignor This may not be the ‘New World’ – after all, anyone who has been around a while knows that Jerry Jones is the lifeblood of the Dallas Cowboys, so his face on screen or on the field is anything but new. BUT, before you get mad and start screaming about Aikman, Smith, Irvin, Romo, etcetera, being the real lifeblood of the team, the facts remain the same. In the stadium dressed up in silver and blue the ranks are: … END_OF_DOCUMENT_TOKEN_TO_BE_REPLACED

Recently I was invited by a friend of mine who is a photographer for the oil and gas industry to go on a tour of a Colorado local energy company, Noble Energy. I went because I am the idiot who likes to hear both sides of a story. I'd also prefer to know something first hand than hearsay. So I went to learn about Fracking. I went on this tour with the same basic knowledge that most of the people I know have about Fracking. 1. Fracking is … END_OF_DOCUMENT_TOKEN_TO_BE_REPLACED

Center of a China Rose 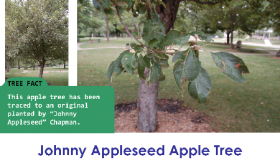 Saving the Witnesses to Tell Their Tales

Saving the Witnesses to Tell Their Tales ~ Samantha Lewis   When speaking about the environment there are many subjects to talk about: saving habitats, regenerating wildlife populations; cleaning up the oceans of the world, etc.   And when it comes to history, there are organizations working to make sure our past does not waste away. Buildings are being saved so that generations can walk through them one day and be … END_OF_DOCUMENT_TOKEN_TO_BE_REPLACED