From America to London: Highlights from Week 4 of the NFL

From America to London: Highlights from Week 4 of the NFL

On Monday night, you had to give it to the Chiefs. They hung in there. They tried hard, but just like the rest of the visitors to Lambeau Field, Aaron Rodgers and the Packers ran away with the game. He wore a huge smile, as always. Of course, that may be because his team was 3 and 0 at the

Rodgers drops back for a pass in 2011

time, or it could just be that he knew his next game would be a match-up with the 49ers. Not exactly the most frightening team, considering how badly they’re playing.

From fumbles to picks, London fans got a game of sheer screw-ups Sunday morning as the Jets and the Dolphins beat on each other. One was working hard to try and earn another win this season, while another was working to hang on to the “new light” they’ve been given this year. And they did. The Jets walked away with the win, but a great deal of limping was a part of it, as they and their opponents chalked up double-digit flags. From fumbles to picks to unsportsmanlike conduct, Londoners got an eyeful as the Dolphins remained one of the worst in the NFL. Jet 27; Dolphins 14.

The Patriots had a bye, so there was no talk about the “most hated man in football” coming out and once again throwing a bazillion TD’s and eliminating yet another team. This time around, the talk was mostly centered on the Giants versus the Bills. If you think back, it was Super Bowl XXV where the Giants beat the Bills 20-19 to take the Lombardi Trophy home to NYC. This time around, of course, the Bills have a very vocal coach in Rex Ryan; a coach that stated his team was going to be among the best of the best this year.

Before this game, Ryan made sure to keep his mouth closed ahead of time, perhaps learning from the mistake he made when he spoke angrily about the Patriots who then came to Buffalo and took the win and the words right out of his mouth. Well, Ryan’s Bills saw it again as the Giants came to town and took the smile right off his face. Talk about penalties here, too. Even on a 78-yard possession where the Giants and the Bills received penalties galore, the Bills came away with absolutely no points whatsoever. Next trip toward the end zone…same thing. And then, when they did score a TD, the Bills got penalized for a chop block?! In other words, the team made Rex Ryan look like an idiot.

This must be stated, however. Eli Manning and the Giants offense wasn’t all that great. The defense made the huge plays. But after the Bills did score a TD in the second quarter, the Giants came back with a TD and a 2-point conversion. Eli Manning, although not looking his best this year, has evened his score 2-2, and Giants fans will be looking for far more wins in the near future. Manning has now tied Phil Simms’s record for most wins at 101.

The Chiefs had to deal with a short week and faced the undefeated Bengals who remained, unbelievably, undefeated. Although Chiefs QB Alex Smith is trying, he really is taking a severe beating.

When it came to the Eagles match-up versus the Redskins – two teams that are having a great deal of difficulty – the Redskins pulled the game out at the very end, with a TD that seemed to be as lucky as one could get. The Eagles went into this season assuming that they would lock up their division. So far, that seems to be the wrong assumption.

Falcons wiped the floor with the sorry Titans. And when it came to the Bears and the Raiders, Bears QB Jay Cutler actually looked like he was somewhat alive. And for the whole first half, the Raiders looked like they had not quite woken up. In the second half, the Raiders did arrive on the field with the result being, a Bears win (finally) by the slimmest of margins.

Will Seattle win their second on Monday night? Who knows? But they are a team that most definitely needs to start winning consecutively if they can have even the most remote shot at seeing the Super Bowl. 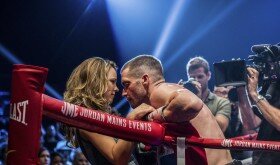 Southpaw DVD Review by Kam Williams Bittersweet Boxing Tale of Redemption Released on DVD Billy Hope (Jake Gyllenhaal) surmounted incredible odds en route to becoming the World Light Heavyweight Boxing Champ. After all, his prospects weren't exactly brilliant, given how he'd been abandoned by his mother at birth. But he was lucky enough to meet Maureen (Rachel McAdams) while they were being raised in an orphanage in New York's … END_OF_DOCUMENT_TOKEN_TO_BE_REPLACED

Time to Get Tough Make America Great Again by Donald Trump Regnery Publishing Paperback, $16.99 240 pages ISBN: 978-1-62157-495-8 Book Review by Kam Williams "I wrote this book because the country I love is a total economic disaster right now... Every day in business, I see America getting ripped off and abused. We have become a laughingstock, the world's whipping boy, blamed for everything, credited for nothing, given no … END_OF_DOCUMENT_TOKEN_TO_BE_REPLACED

ACRONYM TO FOLLOW by Peter Brav   Finally Our Day has come There’s a Day for everything For doughnuts, siblings, eight track tapes Grilled cheese, daughters and sons to work Encouragement, Alzheimer’s Coffee, math, chewing gum Blasphemy, yo-yos And now finally One for us Truly a Day to celebrate National Don’t Shoot An Unarmed Brother Doctor King Not Seeing Progress George Orwell Laughing It Is So About the … END_OF_DOCUMENT_TOKEN_TO_BE_REPLACED

Housing Sales Increase but Questions Remain By Burt Carey   Big bankers and mortgage lenders like Bank of America and Merrill Lynch say changing demographics are fueling a first-time home buyers market in 2015 that may be short-lived. Real estate, it seems, is heating up – at least for value seekers. At the current rate, home sales are on pace to post their best year since 2007, even with increased prices. Fueling the action are … END_OF_DOCUMENT_TOKEN_TO_BE_REPLACED 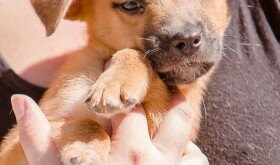 Everyone’s “Best Friend” Receives Their Second Chance By Amy Lignor   It is not an overstatement to say that dogs and cats crave a home of love, friendship, loyalty and kindness – the four attributes they offer to the owner who shows them the same. The numbers for those animals that have been lost, harmed or run away, have risen every year for over a decade, with more and more shelters actually using the name “humane society” … END_OF_DOCUMENT_TOKEN_TO_BE_REPLACED 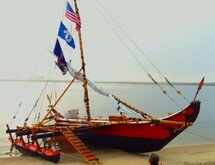 Unique Non-Profit Combines Cultural Revival with Environmental Stewardship   The Chamorro people, the indigenous population of the Mariana Islands, are now scattered throughout the Pacific and the Western United States.  Like so many cultures in a modernizing and shrinking globe, those of Chamorro descent risk losing awareness of the traditions of their ancestors.  For the Chamorro, the sakman, a “flying proa” sailing canoe, … END_OF_DOCUMENT_TOKEN_TO_BE_REPLACED 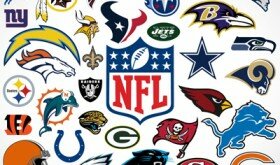 NFL Wrap Week 7: Breath Holding & Rivalries By Amy Lignor   When we began this Sunday morning, the “experts” stated that there were two games above all that would be a whole lot of fun to watch. End result? They were right…for a change.   But first let us begin with our allies. Or a country we call our friends who may not be if we keep treating them this way. Over in London, the Buffalo Bills and old Rex Ryan … END_OF_DOCUMENT_TOKEN_TO_BE_REPLACED

Nielsen Expected to Roll Out Total Audience Measurement Tool By Burt Carey For the past 65 years the Nielsen Company has been the standard bearer for measuring television viewership. With the emergence of digital video recording, video on demand and mobile devices, advertisers and broadcasters alike have been clamoring for a tool to measure total viewership across all platforms. Nielsen is about to give them what they’ve been … END_OF_DOCUMENT_TOKEN_TO_BE_REPLACED

Best Bets for Snowbirds in 2015 By Burt Carey Now that the first snowflakes of fall have landed in North America, the annual migration of Canadian snowbirds to the United States and other more-southern reaches has begun. Americans are accustomed to huge influxes of Canadians in places such as Florida, Arizona and Southern California, and these days our neighbors from the north are spending winters in some off-the-beaten-path … END_OF_DOCUMENT_TOKEN_TO_BE_REPLACED

Log Cabins Become Staples in 21st Century Living By Amy Lignor   An old saying by an over-worked mom is: “Someday I’m going to take the cat and head to a log cabin in the woods.” The feline was always invited, but the kids driving her crazy were not. Over time, the log cabin became a part of various industries; even horror movies made sure that all the bad guys lived in a haunted cabin in the woods, a place that all the … END_OF_DOCUMENT_TOKEN_TO_BE_REPLACED