He Named Me Malala (PG-13 for threats, mature themes and disturbing images) Oscar-winner Davis Guggenheim directed this inspirational biopic about Nobel Peace Prize-winner Malala Yousafzai, the Pakastani teenager shot in the face by the Taliban for being an outspoken advocate of education and equal rights for girls.

The Martian (PG-13 for profanity, injury images and brief profanity) Adaptation of Andy Weir’s sci-fi thriller of the same name about an astronaut’s (Matt Damon) struggle to survive on Mars after being presumed dead and left behind on the planet by fellow crew members. A-list ensemble includes Oscar-nominees Jessica Chastain, Kristen Wiig and Chiwetel Ejiofor, along with Jeff Daniels, Kate Mara, Michael Pena, and Donald Glover.

Addicted to Fresno (Unrated) Dysfunctional siblings comedy revolving around a lesbian (Natasha Lyonne) working as a maid in a hotel where her sex-addicted sister (Judy Greer) just out of rehab accidentally kills a guest during a passionate relapse. With Aubrey Plaza, Clea Duvall, Fred Armisen and Molly Shannon.

Brand: A Second Coming (Unrated) Warts-and-all biopic about iconoclastic actor/comedian Russell Brand, following the British bad boy as he dives headlong into drugs, sex and fame in an attempt to find happiness, only to realize we have all been nurtured on bad ideas and empty celebrity idols.

Shanghai (R for graphic violence, drug use and brief profanity) Suspense drama, set in 1941, about an American who falls in love and uncovers a political conspiracy when he ventures to occupied Shanghai to investigate the mysterious death of a friend. With Gong Li, Chow Yun Fat, Franka Potente, Ken Watanabe and David Morse. (In English, Mandarin, Japanese and German with subtitles)

Sicario (R for profanity, graphic violence and grisly images) Crime thriller revolving around an idealistic FBI Agent (Emily Blunt) enlisted by a federal task force to fight the war on drugs along the Mexican border. With Benicio Del Toro, Josh Brolin and Jon Bernthal. (In English and Spanish with subtitles)

Taxi (Unrated) Iranian filmmaker Jafar Panahi masqueraded as a cabbie to shoot this picture highlighting a day in the life of a typical taxi driver in Teheran. (In Persian with subtitles)

Florynce "Flo" Kennedy ~ The Life of a Black Feminist Radical

Florynce "Flo" Kennedy The Life of a Black Feminist Radical by Sherie M. Randolph University of North Carolina Press Hardcover, $30.00 328 pages, Illustrated ISBN: 978-1-4696-2391-7 Book Review by Kam Williams "I first came upon [Flo] Kennedy when I was sitting on my sofa, flipping through TV channels, and old footage flashed across the screen of her... A friend watching with me... knew that she had been active as a feminist in … END_OF_DOCUMENT_TOKEN_TO_BE_REPLACED

ACRONYM TO FOLLOW by Peter Brav   Finally Our Day has come There’s a Day for everything For doughnuts, siblings, eight track tapes Grilled cheese, daughters and sons to work Encouragement, Alzheimer’s Coffee, math, chewing gum Blasphemy, yo-yos And now finally One for us Truly a Day to celebrate National Don’t Shoot An Unarmed Brother Doctor King Not Seeing Progress George Orwell Laughing It Is So About the … END_OF_DOCUMENT_TOKEN_TO_BE_REPLACED

Housing Sales Increase but Questions Remain By Burt Carey   Big bankers and mortgage lenders like Bank of America and Merrill Lynch say changing demographics are fueling a first-time home buyers market in 2015 that may be short-lived. Real estate, it seems, is heating up – at least for value seekers. At the current rate, home sales are on pace to post their best year since 2007, even with increased prices. Fueling the action are … END_OF_DOCUMENT_TOKEN_TO_BE_REPLACED 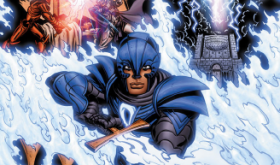 Eric Dean Seaton The “Legend of the Manatamaji” Interview with Kam Williams Meetin' with Seaton Born and raised in Cleveland, Ohio, Eric Dean Seaton was studying television and movies with the dream of one day becoming a director while most of his friends were running the streets. After graduating from Ohio State University, he moved to Hollywood where he proceeded to climb the showbiz ladder as an Assistant Director [AD] on such … END_OF_DOCUMENT_TOKEN_TO_BE_REPLACED 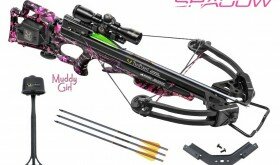 Take Advantage of Crossbows to Improve your Hunts

Take Advantage of Crossbows to Improve your Hunts by Craig Lamb   The list of states allowing or considering the use of crossbows during archery season continues to grow, and that means longer seasons and more chances for success when hunting whitetail deer and other big game. But the advantages don't stop there. If you are thinking about adding a crossbow to your hunting arsenal, consider these advantages that make … END_OF_DOCUMENT_TOKEN_TO_BE_REPLACED

Tour Championship, FedEx Cup Winner, World’s No. 1 Golfer, Jordan Spieth By Burt Carey At just 22 years of age, Jordan Spieth is professional golf’s first $22 million man. That’s what happens when a player wins five tournaments in a year, including two majors, the PGA Tour championship and the FedEx Cup. When he sank his par putt on No. 18 at Atlanta’s East Lake Golf Club this past Sunday to finish at 9-under par 271, Spieth … END_OF_DOCUMENT_TOKEN_TO_BE_REPLACED 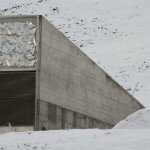 Syrian War Prompts Calls for Dipping Into Doomsday Seed Storage Vault By Burt Carey Forget those Hollywood portrayals of doomsday preppers building fortified bunkers, storing food and other supplies, and hoarding cases upon cases of ammunition in preparation of post-Armageddon survival. There’s a real doomsday vault above the Arctic Circle on a Norwegian island about 800 miles from the North Pole that stores more than 850,000 stocks … END_OF_DOCUMENT_TOKEN_TO_BE_REPLACED 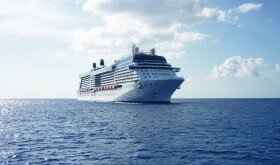 Want To Cruise? Now is the Best Time for Deals

Want To Cruise? Now is the Best Time for Deals By Burt Carey Full disclosure: I’m neither a travel agent nor a cruise line employee. I do love cruising, though, especially when the industry is practically giving away cabin space. If you think that’s just a ploy to sucker you into pulling the ol’ credit card out of your wallet, well, I’m just not that plastic. With fall here and winter fast approaching, cruising is at its least … END_OF_DOCUMENT_TOKEN_TO_BE_REPLACED

An EPA “Accident” Turns Into Far More ~ by Amy Lignor What began as an “accident” made by the EPA in Denver, Colorado, has now opened a can of even more worms showing that the EPA, itself, actually had pre-knowledge that an environmental accident could occur in the first place during their project. For those who may not know, two weeks back a waste spill happened of approximately three million gallons of mine waste, when the EPA … END_OF_DOCUMENT_TOKEN_TO_BE_REPLACED