A Million Ways to Die in the West (R for violence, drug use, crude humor, graphic sexuality and pervasive profanity) Seth MacFarlance wrote, directed and stars in this irreverent Western, set in Arizona in 1882, as a cowardly shepherd who finally summons up some courage when his girlfriend’s (Charlize Theron) gun-slinging husband (Liam Neeson) suddenly shows up in town bent on vengeance. With Amanda Seyfried, Neil Patrick Harris, Sarah Silverman and Giovanni Ribisi.

Delivery (Unrated) Demon seed horror flick about a couple (Laurel Vail and Danny Barclay) expecting their first child who decide to document the pregnancy for a reality-TV show, only to discover that the newborn’s been possessed by an evil spirit. With Rob Cobuzio, Colter Allison and Rebecca Brooks.

Korengal (Unrated) Sequel to the Oscar-nominated documentary Restrepo, directed by Sebastian Junger (A Perfect Storm), serves up another slice of the War in Afghanistan from the point of view of a decimated platoon of American soldiers stationed in a very vulnerable valley surrounded by Taliban fighters on a suicide mission.

The Life and Crimes of Doris Payne (Unrated) “Diamond in the Rough” biopic chronicling the exploits of an infamous, African-American jewel thief from humble roots who fleeced upscale retailers like Cartier and Tiffany of millions in gems over the course of a checkered career which spanned 60+ years.

Lucky Them (R for profanity, sexuality and drug use) Toni Collette stars in this tale of redemption as a music critic assigned by her magazine to interview her reclusive, retired rock star ex-boyfriend (Johnny Depp) who hasn’t been seen in public for over a decade. With Oliver Platt, Thomas Haden Church and Amy Seimetz.

Night Moves (R for nudity and profanity) Eco-thriller revolving around a trio of radical environmentalists (Jesse Eisenberg, Dakota Fanning and Peter Sarsgaard) determined to protect the planet by any means necessary who conspire to detonate a hydroelectric dam. With Alia Shawkat, Clara Mamet and Logan Miller.

Venus in Fur (Unrated) Roman Polanski screen adaptation of the David Ives play of the same name about a director (Mathieu Amalric) who finds himself seduced by an aspiring starlet (Emmanuelle Seigner) auditioning for the lead role in his highly-erotic, upcoming production. (In French and German with subtitles)

We Are the Best! (Unrated) Coming-of-age drama, set in Stockholm in 1982, where we find three 13 year-old girls (Mira Barkhammar, Mira Grosin and Liv LeMoyne) without instruments forming a punk rock band even though their friends and family say the genre is dying. With Alvin Strollo, Mattias Wiberg and Jonathan Salomonsson. (In Swedish with subtitles)

Get on Up Film Review by Kam Williams   Chadwick Channels James Brown in Nostalgic Jukebox Musical   Just last year, Chadwick Boseman successfully channeled the spirit of Jackie Robinson in 42, a powerful biopic about the Hall of Fame great who made history when he integrated Major League Baseball in 1947. In Get on Up, the gifted young actor is already impersonating another legendary African-American, the Godfather of Soul, James Brown … END_OF_DOCUMENT_TOKEN_TO_BE_REPLACED 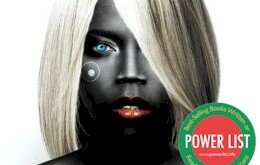 Power List Announces Best-Selling African-American Books for Summer 2014   New York, NY, August 5, 2014 Autobiographies and books with political themes dominated both the hardcover and paperback non-fiction portions of the Power List, the quarterly compilation of best-selling books written or read by African Americans, which was released today. The one notable exception was a health-related book, 10-Day Green Smoothie Cleanse: Lose Up to 15 … END_OF_DOCUMENT_TOKEN_TO_BE_REPLACED

For our March Walk on White, we will be feauring works by Elizabeth Devries, Coco Eriksen, Helen Harrison, Vera Vasek, and more of your favorite Harrison Gallery artists. Like us on … END_OF_DOCUMENT_TOKEN_TO_BE_REPLACED

Republic Ranches: A Brokerage Firm Dedicated to the Land & Devoted to the Client   Large tracts of land perfect for the outdoor pursuits whether rattling deer in the brush country, calling ducks on the prairie, casting top waters for bass on an East Texas lake or working cattle in the big country - ranches, farms, and rural settings that are found across all the eco-regions of  the Lone Star State and Oklahoma. These … END_OF_DOCUMENT_TOKEN_TO_BE_REPLACED 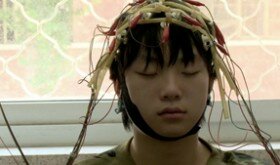 Web Junkie Film Review by Kam Williams  Cold Turkey Expose Examines Internet Addiction in China   How long do you think you could you survive without access to a cell phone or computer? A few hours? A day? A week? How about three months? That’s the degree of deprivation awaiting adolescents diagnosed as addicted to the internet over in China, the first country to officially recognize the burgeoning malady as a clinical disorder.   The Rx … END_OF_DOCUMENT_TOKEN_TO_BE_REPLACED

The Secret Life of an Ammunition Company: Your next deer might be the result of 20 years of research   Back in 1898, a young German hunter and inventor by the name of Wilhelm Brenneke, fed up with the inferior ammunition available at the time, created the modern shotgun slug. It turned hunting on its head, as finally, there was an inexpensive, accurate, universally adaptable, and devastatingly effective projectile … END_OF_DOCUMENT_TOKEN_TO_BE_REPLACED

A Time for Football Hero’s – Not Zero’s ~ Amy Lignor The Hall of Fame induction is a class-act event. It is a time when the best of the best get placed among the other ‘masters’ of the game who changed football for the better when they were on the gridiron. The event is one that has nothing to do with reports of charges, arrests, etc., that seem to fill the pages of newspapers and sports media sites. It is a moment in time where the NFL looks … END_OF_DOCUMENT_TOKEN_TO_BE_REPLACED

How Can YOU be Part of the GROUND FLOOR Mega Hit, Nerium, in Canada?  ~ Betsy R. Smith Sales hit $1 million in just 2 weeks as Nerium International hit the ground running in Canada!  And that was just in 2 provinces.  Now open throughout Canada, momentum is building and the operation is running smoothly.   Ever want to be in the right place at the right time?  This is it.  Check out some of the news from the Nerium Blog about Canada … END_OF_DOCUMENT_TOKEN_TO_BE_REPLACED

FIRST PEOPLES BUFFALO JUMP, Southwest of Great Falls, MT   The Interpretive Center wasn't open @ 8 a.m., I just drove on and found signs for the higher access to the Buffalo Jump off the rocks, over the ledge ~THE Buffalo ran and their legs, necks, backs were broken in many places and the People finished them off! I took many pictures and the first animal besides a small flock of Raven was a big fat Rock Chuck who posed for me, … END_OF_DOCUMENT_TOKEN_TO_BE_REPLACED

Saving the Planet by Fostering: The Entire Earth Matters  ~ Samantha Lewis We clean the air. We clean the oceans. People are working hard all across the globe to make sure the world we live in becomes better. There are organizations out there saving endangered species; as well as organizations protecting endangered historic locales that literally are the backbone of our history. But there is another group that also needs saving. Although … END_OF_DOCUMENT_TOKEN_TO_BE_REPLACED

Filed Under: Entertainment Tagged With: 2014, Kam's Kapsules, movies opening May 30