Desierto (R for profanity and graphic violence) Suspense thriller set along the Rio Grande and revolving around a rifle-toting vigilante’s (Jeffrey Dean Morgan) hunt for undocumented alliens attempting to enter the U.S. illegally. With Gael Garcia Bernal, Marco Perez and Diego Catano. (In English and Spanish with subtitles)

Ava’s Possessions (R for profanity, sexuality and graphic images) Louisa Krause plays the title character in this horror flick as a woman who has her demons exorcised by a priest (John Ventimiglia) only to have them try to reenter her body. With Carol Kane, Wiliam Sadler and Jemima Kirke.

Camino (Unrated) Action adventure, set in the jungles of Colombia in 1985, about a war photographer (Zoe Bell) who embeds with a group of missionaries under the thumb of a charismatic guerilla leader (Nacho Vigalondo). Cast includes Francisco Barreiro, Sheila Vand and Tenoch Huerta. (In English and Spanish with subtitles)

Colliding Dreams (Unrated) Middle East documentary examining the competing interests of the Israelis and Palestinians in the decades-long struggle over the tiny territory they continue to cohabit.

Emelie (Unrated) Psychological thriller about an unsuspecting couple (Chris Beetem and Susan Pourfar) that comes to regret leaving their kids with a new babysitter (Randi Langdon) before going out to dinner to celebrate their wedding anniversary. With Joshua Rush, Carly Adams and Sarah Bolger.

Road Games (Unrated) Cat-and-mouse thriller about two strangers (Andrew Simpson and Josephine de La Baume) who meet on the street in Calais before accepting a ride hitchhiking from a mysterious married couple (Frederic Pierrot and Barbara Crampton). With Feodor Atkine, Pierre Boulanger and Edward Hogg. (In English and French with subtitles)

They Will Have to Kill Us First (Unrated) Freedom of expression documentary chronicling the clash of civilizations between defiant, Malian musical artists determined to preserve their country’s rich cultural heritage and Islamic jihadist invaders inclined to behead anyone who doesn’t submit to their interpretation of Islam. (In French, Songhay, English, Bambara and Tamashek with subtitles)

The Wave (R for profanity and shocking images) Disaster flick, set in the fjords of Norway, about a geologist’s (Kristoffer Joner) race to save a tourist retreat nestled in a narrow valley from a giant tsunami about to crush everything in its path. featuring Thomas Bo Larsen, Ane Dahl Torp and Laila Goody. (In Norwegian with subtitles) 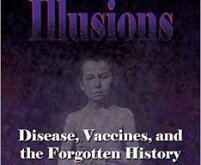 by Ernest Dempsey In this thoroughly interesting and scientifically as well as academically important book by Dr. Suzanne Humphries and Roman Bystrianyk, readers are offered access to the information the mainstream media and medical authorities do not want them to see. We live in times when vaccines are pushed via massive media coverage fear-mongering the public about infectious diseases on one hand, but on the other hand, … END_OF_DOCUMENT_TOKEN_TO_BE_REPLACED

ACRONYM TO FOLLOW by Peter Brav   Finally Our Day has come There’s a Day for everything For doughnuts, siblings, eight track tapes Grilled cheese, daughters and sons to work Encouragement, Alzheimer’s Coffee, math, chewing gum Blasphemy, yo-yos And now finally One for us Truly a Day to celebrate National Don’t Shoot An Unarmed Brother Doctor King Not Seeing Progress George Orwell Laughing It Is So About the … END_OF_DOCUMENT_TOKEN_TO_BE_REPLACED

Stan Kroenke Approved As New Owner Of W.T. Waggoner Ranch Announces The Land Report Stan Kroenke has been approved by a Texas court to purchase the 535,000-acre Waggoner Ranch. The historic transaction will be the first-ever sale of the Waggoner Ranch, which was established in 1849, spans six Texascounties, and covers almost 800 square miles. The ranch's asking price was $725 million; no terms were disclosed. The acquisition will vault … END_OF_DOCUMENT_TOKEN_TO_BE_REPLACED

Aunjanue Ellis The “Of Mind and Music” Interview with Kam Williams Tried and True Aunjanue! Aunjanue Ellis currently stars as Miranda Shaw, the director of an FBI base who oversees the training of a new group of recruits, on the ABC-TV drama “Quantico.” And she recently appeared on BET’s epic series “The Book of Negroes” for which she received a Television Critics’ Choice Award nomination for Best Actress in a Movie or Limited … END_OF_DOCUMENT_TOKEN_TO_BE_REPLACED

Choose the Best Firearm Setup for Long-Range Versus Up-Close Predators   By Doug Howlett The coyote first appeared as a quick flash of fur, darting along the skyline between two rocks on the opposite ridge. Through a small cut in the slope, the dog darted between shadow and light before topping out on a small outcropping, looking for the source of the terrified rabbit squeals. The rangefinder told me it was 162 yards … END_OF_DOCUMENT_TOKEN_TO_BE_REPLACED

2015 U.S. Oil Output Highest Since 1972 By Burt Carey Americans are enjoying inexpensive gasoline these days, and it doesn’t look like the party is ready to slow down. That’s the news from the Energy Information Administration, which points to several factors that are keeping fuel prices low for consumers. Oil industry companies, which have shed tens of thousands of jobs in the past 18 months, have adjusted pumping regimens … END_OF_DOCUMENT_TOKEN_TO_BE_REPLACED

A Patriot’s View of Charleston

Cool Turf Used to Stay Warm by Amy Lignor   The daily news on The Weather Channel even has people living in the warmth of New Mexico chattering their teeth, as they hear about the record-setting cold temps being felt across the country. When the world around you is -37 on a sunny morning when you wake up to enjoy your coffee, you know it’s going to be one brutal day ahead. Temperatures that are more likely to be seen in … END_OF_DOCUMENT_TOKEN_TO_BE_REPLACED