Action Point (R for profanity, sexuality, brief nudity, crude humor, drug use and underage drinking) Daredevil Johnny Knoxville stars in this stunt comedy as the crackpot owner of a daredevil theme park where the rides and attractions have been designed with danger in mind. With Brigette Lundy-Paine, Johnny Pemberton and Susan Yeagley.

Adrift (PG-13 for peril, profanity, partial nudity, mature themes, injury images and brief drug use) Tale of survival recounting the real-life ordeal of a young couple (Shailene Woodley and Sam Claflin) who encountered one of the worst hurricanes in recorded history while sailing in a small boat from Tahiti to San Diego. With Jeffrey Thomas, Elizabeth Hawthorne and Grace Palmer. 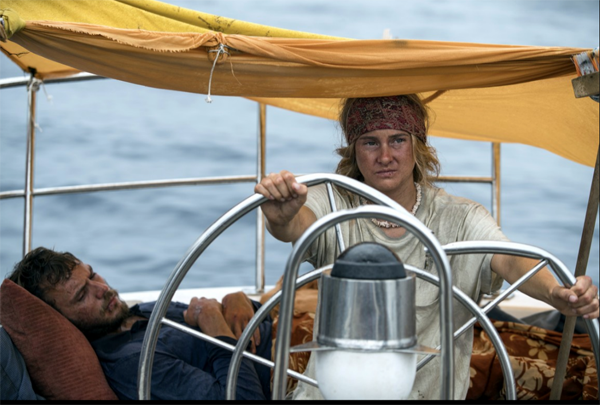 All Summers End (Unrated) Tale of overwhelming regret about a guilt-ridden teenager (Tye Sheridan) trying to hide from his girlfriend (Kaitlyn Dever) that he was the person who pulled the prank that killed her big brother. Supporting cast includes Paula Malcomson, Annabeth Gish and Austin Abrams.

American Animals (R for pervasive profanity, drug use and brief crude sexuality) Fact-based crime caper about four young men (Evan Peters, Barry Keoghan, Blake Jenner and Jared Abrahamson) who hatch a plan to pull off one of the most audacious art heists in history. With Ann Dowd, Udo Kier and Lara Grice.

Discreet (Unrated) Revenge drama about a traumatized victim of sex abuse (Jonny Mars) who returns to his Texas hometown to confront the pedophile (Bob Swaffar) who had molested him years ago. With Atsuko Okatsuka, Joy Cunningham and Bill Johnson.

The Doctor from India (Unrated) Reverential retrospective chronicling the career of Dr. Vasant Lad, the holistic health pioneer who brought the practice of Ayurvedic medicine to the West in the late Seventies. Featuring commentary by Deepak Chopra, Robert Svoboda and Claudia Welch. (In English and Marathi with subtitles)

A Kid Like Jake (Unrated) Transgender baby-maybe drama about a Brooklyn couple (Claire Danes and Jim Parsons) who find themselves at odds over whether or not their precocious 4 year-old son’s (Leo James Wheeler) interest in playing with dolls and dressing up like a girl is just a phase. With Octavia Spencer, Ann Dowd and Priyanka Chopra.

Upgrade (R for profanity, graphic violence and grisly images) Sci-fi horror comedy about a cured paraplegic (Logan Marshall-Green) who embarks on a revenge-fueled reign of terror after a billionaire inventor (Harrison Gilbertson) implants an experimental computer chip in his spinal cord enabling him to track down the muggers who’d murdered his wife (Melanie Vallejo) and left him for dead. With Betty Gabriel, Benedict Hardie and Richard Anastasios.