For Boeing ‘Green’ May Not be a Dream

For Boeing ‘Green’ May Not be a Dream

The headlines are everywhere. The Boeing 787 Dreamliner has been plagued by problems from the very beginning of its existence, and it seems that the problems are going to continue.

Although this airplane came about in order to provide new solutions for airlines and their passengers, the Dreamliner errors and mistakes have proven that this whole project could see a very tragic event if these things are not fixed…fast.

It was all about energy efficiency. In 2004, Boeing  launched the 787 Dreamliner and touted it as an all-new, super-efficient airplane.

An international team of experts – the upper crust of the aerospace industry -  built the airplane. And with the creation came the need to offer the world unparalleled performance.

Boeing’s mission was to provide airlines with unmatched fuel efficiency. This would result in exceptional environmental performance. No other company has come even close. The 787 actually uses 20 percent less fuel than other similarly-sized airplanes. It also travels at a similar speed as the fastest twin-aisle airplanes in the skies. And when they were working on fuel-efficiency, the company made sure to not forget about the quality of the interior for passengers. The Dreamliner offers an environment of complete comfort and convenience.

The materials used on more than half of the airplane are composite materials, including the fuselage and wing. Simple, much more

functional and more efficient – the Dreamliner offers onboard health-monitoring systems to allow the airplane to self-monitor and actually report systems maintenance issues to ground-based computer systems.

The fuel efficiency is definitely real. It was from a variety of advances in engine technology that brought about a way for Boeing to improve fuel efficiency overall. The 787 features new engines from General Electric and Rolls-Royce that represent nearly a two-generation jump in technology. And the efficiency gains are enormous. (i.e.; Manufacturing the 787 fuselage as one-piece sections eliminated 1,500 aluminum sheets and 40,000 – 50,000 fasteners per section.)

The 787 program received a record order from All-Nippon Airways (ANA); and fifty-eight customers from six continents have placed orders for more than 850 airplanes since. (Value: Approximately $185 billion). Because of these orders, the 787 Dreamliner is the most successful twin-aisle launch of a new commercial airplane in Boeing’s history. The 787-9 Dreamliner is scheduled for its first flight and first delivery in 2013 and early 2014.

Efficiency, economy, helping the environment, etc. – all of these have been created by Boeing. But the problems and the risks seem to have now outweighed the actual saving of the environment.

One flight on a normal airplane can actually unload tons of carbon and other pollution into the air. Boeing, with its idea, was able to have a huge reduction in carbon emissions. When it comes to sustainability, air travel will never be the best option. But the Dreamliner did revolutionize the industry and proved that airline manufacturers could, if they wanted to, make the friendly skies a whole lot friendlier.

Downside…July, 2012: a fan shaft on an engine fails during runway tests;

December, 2012: A U.A. 787 makes an emergency landing in New Orleans after electrical problems.

2013 has not gone much better for Boeing. In fact, it‘s gotten worse. From a fire that began in a lithium ion battery pack of a Japan Airlines 787 in Boston in January; to a takeoff being aborted in January after 150 liters of fuel spilled from a Japan Airlines Dreamliner in Boston – there are major health problems to worry about. Pollutants, natural gas, energy efficiency – all are absolutely important. Death by plane crash – more important.

Going green is necessary in order to reduce our carbon footprint – this is a fact. But safety must come hand-in-hand. After all, saving the environment won’t mean much if we’re not actually here to enjoy it.

Black Coffee DVD Review by Kam Williams   Jilted House Painter finds Love with Lawyer in Faith-Based Romantic Romp   Robert’s (Darrin Dewitt Henson) whole world collapses the day he’s fired from the business founded by his late father only to come home to an unsympathetic girlfriend (Erica Hubbard) who has decided to dump him because he can’t afford to take care of her. To add insult to injury, Mita drops the bomb that … END_OF_DOCUMENT_TOKEN_TO_BE_REPLACED

Putinism vs. The Global Obama: Or, Clash of the Titans Dinesh Sharma, Institute for Global Cultural Studies, SUNY-Binghamton After the Syrian genocide and Ukrainian crisis, the foreign policy challenges have pitted Obama against Putin, a Cold-War adversary.  Two former presidential candidates McCain and Romney have claimed President Obama has looked weak against Putin’s tactics in trying to reconstruct his motherland and a semblance of an … END_OF_DOCUMENT_TOKEN_TO_BE_REPLACED

For our March Walk on White, we will be feauring works by Elizabeth Devries, Coco Eriksen, Helen Harrison, Vera Vasek, and more of your favorite Harrison Gallery artists. Like us on … END_OF_DOCUMENT_TOKEN_TO_BE_REPLACED

Home Improvement Time!  ~ Sherry Gillam As Spring comes… (I know, the people in the polar vortexes are screaming their heads off as the storm alphabet actually hits ‘W’ for this tumultuous year)…but bear with me…spring will come…I swear. And when those semi-warm months begin, those four walls that have been driving you crazy all winter will call out to you.   You will need a relaxing freshening-up to relieve the stress of this horrid … END_OF_DOCUMENT_TOKEN_TO_BE_REPLACED 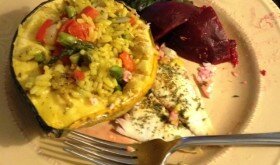 Baked Tilapia-Stuffed Acorn Squash-Beets And Greens For Dinner ~ Richard Hudson I thawed a few frozen Tilapia fillets about an hour and a half before I intended to put them in the oven. Once thawed I sprinkled on a little lemon pepper, some dried dill and tarragon, added a little butter and the juice from a half of lemon and set the pan aside while the over was preheated at 375 degree. Previously I picked two good size beets from the planters … END_OF_DOCUMENT_TOKEN_TO_BE_REPLACED 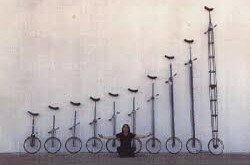 The Balance of Mind & Body  ~ Carmen Schwarz There is a balance to everything in the outdoor world. Whether speaking about the environment and the animals that live within that environment, or the human factor and how humans must work hard (harder) to balance themselves within their surrounding environment. But there is also one very interesting sport that some actually see as relaxing, which is based on pure balance. And that, is the world … END_OF_DOCUMENT_TOKEN_TO_BE_REPLACED 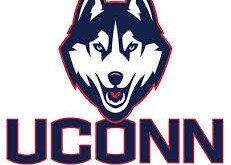 UCONN Ready to Take it All?

UCONN Ready to Take it All? ~ by Amy Lignor Yes, once upon a time the UCONN Huskies - both women and men - came to the Final Four and both went home NCAA champions. Let us just say, Connecticut Yankees held their heads very high up that year. Of course, with a consistently winning girls team, and no strangers to a winning boys team - UCONN has certainly been able to celebrate a long history of honor and respect in the realm of … END_OF_DOCUMENT_TOKEN_TO_BE_REPLACED

Nerium International’s HUGE Convention in St. Louis!   In just a few days we will all be meeting in St. Louis at the Edward Jones Arena where the Rams play.  Who would have thought that in just over 2 years a company could have set so many records and created so much buzz!   If you are in the industry of direct selling and looking for a new, exciting and stable home, Nerium is the place to look.  First year sales of $100 … END_OF_DOCUMENT_TOKEN_TO_BE_REPLACED 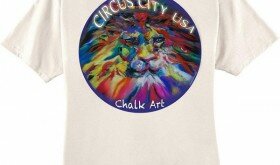 Ever consider sticking your head inside a ferocious lion’s mouth?   Under normal circumstances, probably not one of your top priorities, but remember seeing the circus lions for the first time?  Eyes wide with astonishment as the tamer opened the mouth of the King and gallantly stuck his head in, then safely back out happily bowing at the crowd… “TA-DA”! Amazing exotic animal performances, hilarious clown-age, flying trapeze artists, … END_OF_DOCUMENT_TOKEN_TO_BE_REPLACED 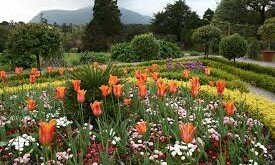 Getting That Spring Garden Up & Running  ~Samantha Lewis It does not matter where you live (even if it is in a still cold, windy place after all this time of a hideous winter). The days that do allow the sunshine to peek through the gray clouds are putting that urge into homeowners who want nothing more than to clean up, erase the winter turmoil, and make a garden that is both beautiful and unforgettable.  Just as it is with reading, … END_OF_DOCUMENT_TOKEN_TO_BE_REPLACED