Football: is the “Fantasy” Outshining Reality?

Football: is the “Fantasy” Outshining Reality?

Do we wish to go over the Pro Bowl game? Not even close. I believe that the NFC truly proved that they are THE conference to route for this time out, so we’ll skip that wrap-up.

Instead, we are going to speak about the absolute ‘fantasy’ that has become the leading 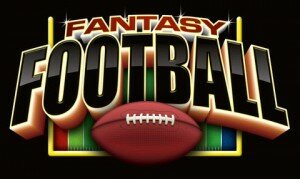 ‘sport’ in all the land. Yup – Fantasy Football has risen beyond the stratosphere and even celebrities are touting this incredible world – from Demi Moore to Paul Rudd to Daniel Radcliffe. There is even a show called, “The League,” with a plot that centers around a fantasy football league, and the cast actually plays in a league together in real life. Talk about obsession, aye?

For those who have been living on an island with no computers whatsoever, no video games and have no real interest in anything that is being said on the internet or television – it is Fantasy Football that is responsible for bringing people from all walks of life together, so that they can become – even if only in a dream – a leading NFL expert. Oh, don’t worry. Even though real football involves screaming fans, angry coaches, hurt players and nachos and beer – Fantasy Football gives you the same exact thing without ever leaving the couch…and you get to keep your beer. All in all, it is the ‘Game of Champions.’

This interactive competition is all about people being able to manage professional football players. In other words, you are the owner and General Manager of your own football team. You are able to give orders and direction to professional American football players in the National Football League. You do this by taking part in the drafting of the players, trading players, adding or deleting players from your roster, and making the ‘hard’ decisions that need to be made in order for your pseudo-football team to win the Super Bowl! Best part? You do not have to pay the million-dollar contracts out of your own pocket.

Believe it or not, this new, modern game was actually ‘solidified’ way back in 1962. The ‘rules’ for what would eventually become Fantasy Football came about in a room located in New York City’s Milford Plaza Hotel, where a limited partner in the Oakland Raiders’ organization came together with an ex-Raiders’ PR manager, and a former reporter.

The first ‘league’ created was by these three men and it was referred to as the Greater Oakland Professional Pigskin Prognosticators League. (Boy, good thing that’s not a real team’s name. Can you imagine putting all that on one tiny helmet?) Anyway, the draft began and the league grew to eight members that consisted of AFL administrative affiliates, sports’ journalists, and anyone who had purchased/sold ten  season tickets in the 1963 season for the Raiders.

The roster had: two QB’s, four halfbacks, two fullbacks, four offensive ends, two kick/punt returners, two field goal kickers, two defensive backs/linebackers and two defensive linemen. The roster has since changed. Must have worked back then because this is a league that has now celebrated it’s 50th season in the Fantasy Football NFL and has a TD-ONLY scoring record for all time.

Let’s just say that back in the 60’s word began to spread about how much fun this league really was, and as the ‘buzz’ floated in and out of California pubs, the Fantasy Football world grew ever larger. New leagues sprung up, like the G’national Football League in Lakeland, Florida – and the roster and rules grew too. For some, Fantasy Football seems a bit hard to deal with, but in fact, once you understand the set-up and the rules of the game – it is one seriously difficult thing to walk away from.

It was in 1997 that CBS launched a ‘beta’ version of the first ever, publicly available, FREE fantasy football website. After that it took less than three years for all major sports media websites to launch competing Fantasy Football ‘realms.’ Now, Fantasy Football is the single most important advertising tool for the NFL, because it is estimated that over nineteen million people compete in public and private leagues online across the nation.

The two most popular types of Fantasy Football are: head-to-head and total points leagues. In head-to-head, a team goes against another team each and every week. The team who receives the most points  gets the win. (Duh. Just like real football). Teams with the best win-loss record advance to the playoffs, etc.

The ‘total points leagues,’ however, do things a bit differently. These are leagues where teams accumulate points on an ongoing basis. The league standings are determined by the teams’ total points instead of the plain old ‘win-loss’ record. The teams that accrue the highest total of points throughout the NFL-regular season are the ones who advance to the playoffs.

Oh, yes, there is more. But there are basically to many rules and regulations to name. In the end, the one thing everyone must know is that Fantasy Football is – in some cases – outshining the regular NFL football world.

But, no worries. Even if the handsome Daniel Radcliffe is going crazy over Fantasy Football with his friends, I have a feeling that the real grit and excitement of the true grid-iron will have people shutting down those computers this coming weekend in order to watch the real, live thing! Then, when it’s all over, head back to the ‘fantasy’ world because basketball, no offense, is sure to be a bore.

This moment in sports is brought to by:  Be First Media Group

Ok. I know this may be hard to believe but some of you didn’t know that I was a contestant on the GSN (Game Show Network) new bodypainting reality contest show, Skin Wars. Produced by Michael Levitt and Jill Goularte. Hosted by Rebecca Romijn. Judges were RuPaul, Craig Tracy (my personal hero) and Robin Slonina of Skin City. It is still currently airing Wednesday nights 9pm eastern/8 central on GSN. If you want to find the channel in your area go … END_OF_DOCUMENT_TOKEN_TO_BE_REPLACED

Thoughts from a Unicorn: 100% black. 100% jewish. 0% safe. by MaNishtana Foreword by Saul Sudin Hyphen Publishing Paperback, $19.95 392 pages, Illustrated ISBN: 978-0-61574758-3 Book Review by Kam Williams “Born to an African-American Orthodox Jewish family, MaNisshtana has spent his life being Black, being Jewish, fielding questions and accusations from all sides, and occasionally just Being. Through this witty, straight-talking … END_OF_DOCUMENT_TOKEN_TO_BE_REPLACED

Ok. I know this may be hard to believe but some of you didn’t know that I was a contestant on the GSN (Game Show Network) new bodypainting reality contest show, Skin Wars. Produced by Michael Levitt and Jill Goularte. Hosted by Rebecca Romijn. Judges were RuPaul, Craig Tracy (my personal hero) and Robin Slonina of Skin City. It is still currently airing Wednesday nights 9pm eastern/8 central on GSN. If you want to find the channel in your area go … END_OF_DOCUMENT_TOKEN_TO_BE_REPLACED

When owning property, there’s a list of information, rules, regulations, and rights the landowner needs to know in order to make sure that their property meets their objectives, whether it be a recreational or commercial investment. And for some, when it comes to managing resources and receiving the best benefits available, use of a tool referred to as a ‘conservation easement’ is one path to take.   By putting a … END_OF_DOCUMENT_TOKEN_TO_BE_REPLACED

Bill T. Jones The “Story/Time” Interview with Kam Williams Tiny Dancer, Dancing in the Sand Williams Tass Jones is an accomplished artist, choreographer, dancer, theater director and writer. The world-renowned Renaissance man was born in Bunnell, Florida on February 15, 1952, but raised in upstate New York from an early age. Bill began his dance training at the State University at Binghamton, where he studied classical ballet and modern … END_OF_DOCUMENT_TOKEN_TO_BE_REPLACED

*ATTENTION ANGLERS*   This is going to be a FANTASTIC weekend of fishing!The clear waters, the hungry biters – NOW is the time for anglers everywhere to enjoy life!   So…why not enjoy another added extra from your favorite boat ‘creator’?   Yes…It’s a CONTEST!   Whether you’re headed to that secret fishing hole, or casting offshore – TIDEWATER BOATS wants to see your success!!!   Head to … END_OF_DOCUMENT_TOKEN_TO_BE_REPLACED

The Tale of Two Commissioners ~Amy Lignor When it comes to the ‘bug guns’ in the world of sports, there are two men that make the headlines for many things – right and wrong decisions, as far as the public is concerned. Goodell is the heavyweight in the NFL. This is a man who always seems to be facing controversy – especially with players in the NFL getting into trouble…trouble that causes them to earn everything from suspensions to financial … END_OF_DOCUMENT_TOKEN_TO_BE_REPLACED

Recently I was invited by a friend of mine who is a photographer for the oil and gas industry to go on a tour of a Colorado local energy company, Noble Energy. I went because I am the idiot who likes to hear both sides of a story. I'd also prefer to know something first hand than hearsay. So I went to learn about Fracking. I went on this tour with the same basic knowledge that most of the people I know have about Fracking. 1. Fracking is … END_OF_DOCUMENT_TOKEN_TO_BE_REPLACED

Exploring the Architecture of Mesa Verde National Park   Not only is it a National Park, but Mesa Verde is also a well-protected UNESCO World Heritage Site, being the largest and most amazing archaeological preserve in all of the U.S..   It was President Theodore Roosevelt who, in 1903, called for protection of the area and created the Park. With some of the most well-preserved cliff dwellings in the world, our … END_OF_DOCUMENT_TOKEN_TO_BE_REPLACED

Captive is Captive No Matter How You Look at It ~ Samantha Lewis When it comes to the saving of a species – whether that be plantlife or wildlife – obstacles arise around every corner. For every no-kill shelter opened, five more dolphins seem to die in a net somewhere. For every person who helps in the courts bring down the ‘bad guys’ who kill the Black Rhino for a horn, or the Great White for some ridiculous million-dollar soup, there seems to … END_OF_DOCUMENT_TOKEN_TO_BE_REPLACED