Although it would be a heck of a lot nicer to say that the Endangered Species List was getting smaller and smaller because creatures are being saved every day and they’re all now thriving, this is actually a tale of the list getting larger, but having that increase be a good thing.

The list has never “buzzed” at any point in our time, but after a great deal of turning away from a particular species that seriously needed help, the U.S. Fish and Wildlife Service has finally added seven species of yellow-faced bees (from the state of Hawaii) to the U.S. Endangered Species List. And because of this move, there is now hope that they can be saved by the special protection that the federal government claims it will give to them.

Extra protection is more than important when it comes to these species, because bee populations all across the country have been declining. Not a lot of people even noticed; for 90% of the population, bees are still a species you either run away from so as not to get stung, or swat them in the air. It took a lot of time to make people see that bees are a necessity to this planet and the consistent decline of the species has been frightening.

It was a decade ago that 33 different bee species were placed on an FWS “watch list” because of the concern. Then, the concern turned to real fear. The seven types of bees now defined as being endangered are: Hylaeus anthracinus, Hylaeus longiceps, Hylaeus assimulans, Hylaeus facilis, Hylaeus hilaris, Hylaeus kuakea and Hylaeus mana, and are the very first bees in the country to be protected.

The Xerces Society is a nonprofit organization that actually petitioned the U.S. back in 2009 to protect the bees. Especially seeing as that the common North American bee, the rusty-patched bumble bee, was moving closer and closer to extinction. These seven that did make the list, however, are native only to Hawaii, and without them left to pollinate, various plants would go the way of the do-do, as well. Now all we have to do is make others see that there are a variety of bees vanishing that the rest of the country absolutely needs.

The bee’s diverse habitats are becoming devastated by various activities, such as building and industry, as well as from fire issues. With the loss of bees goes the loss of native vegetation which would then harm grazing practices. In other words, conservationists are breathing a sigh of relief that the FWS has added them to the list and is finally taking the bee issue seriously.

With the seven bee species now federally protected, the next step in the saving process can begin. Such as, authorities can now focus their conservation efforts on helping the bee populations recover before it’s too late. Although this first step took ten years to come to fruition, now everyone must concentrate on better control and management of natural bee habitats. Currently these species are found in areas that are quite small and surrounded by land developments, meaning that federal lands must be officially designated so that the bees can come back from the brink of death.

Nat Turner's Mental and Military Motivations By Ezrah Aharone   Nate Parker's movie  has revived the question: What caused Nat Turner's 1831 uprising? Turner, first of all, was not a deranged misfit who acted outside of a historical context of previous African freedom fighters.  Throughout slavery's duration, resistance was not only constant and fatal, but twofold . . . Africans equally resisted both slavery and … END_OF_DOCUMENT_TOKEN_TO_BE_REPLACED

ACRONYM TO FOLLOW by Peter Brav   Finally Our Day has come There’s a Day for everything For doughnuts, siblings, eight track tapes Grilled cheese, daughters and sons to work Encouragement, Alzheimer’s Coffee, math, chewing gum Blasphemy, yo-yos And now finally One for us Truly a Day to celebrate National Don’t Shoot An Unarmed Brother Doctor King Not Seeing Progress George Orwell Laughing It Is So About the … END_OF_DOCUMENT_TOKEN_TO_BE_REPLACED

New Home Sales Jump in April By Burt Carey Sales of new homes hit their highest rate since 2008 in April, according to the Commerce Department’s U.S. Census Bureau. April sales increased 16.6 percent over March figures, which correlates to a seasonally adjusted rate of 619,000 home sales projected for the year. The median price of those new homes was $321,000, the highest median price ever recorded. That’s up 9.7 percent … END_OF_DOCUMENT_TOKEN_TO_BE_REPLACED

It’s Not Your “Grandma’s” Pumpkin Anymore

It’s Not Your “Grandma’s” Pumpkin Anymore by Amy Lignor   As times move forward, technology expands. However, so does the imagination. No, I’m not talking about a new cell phone or animatronic device that creates pumpkins; I’m talking about some seriously cool ways to carve pumpkins that are popping up all over the internet. Unique, awesome, colorful – people across the U.S. have used their imaginations during the 21st century to … END_OF_DOCUMENT_TOKEN_TO_BE_REPLACED 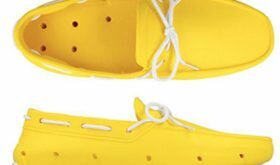 Finally, a Boat Shoe You Can Get Wet

Finally, a boat shoe you can get wet   By Craig Lamb   I am happiest with wet feet. For me, that means wading a shallow saltwater flat, casting for tailing redfish. Or paddling aboard my sit-on-top kayak, cruising a river in search of smallmouth bass. Not my favorite, but when the fish are biting, fishing in the rain.   Yep, I do like getting my feet wet, but it can get downright annoying when my shoes … END_OF_DOCUMENT_TOKEN_TO_BE_REPLACED

Saying Goodbye to Legends… by Amy Lignor   When someone you admire departs the Earth, it is extremely sad to come to terms with. In the days just passed, people and fans had to deal with the departure of two men from the world of sports. Although one perhaps was not a surprise, seeing as that the gentleman lived a good, long life, the other departure was shocking. One was a legend, while the other was on the road to … END_OF_DOCUMENT_TOKEN_TO_BE_REPLACED

The Business of “Fear” Brings in $8 Billion a Year

The Business of “Fear” Brings in $8 Billion a Year by Amy Lignor   There are aspects of Halloween everyone knows about. From the scary boogeyman to the haunted houses set up in cities and counties from sea to shining sea, the world certainly understands that the “frightening” is also the “entertaining” when it comes to All Hallows Eve. What most may not know, however, is the fact that Halloween is a billion (yes, BILLION) dollar … END_OF_DOCUMENT_TOKEN_TO_BE_REPLACED

I Double Dare You! by Amy Lignor   Haunted houses, zombie-filled corn fields, small towns that like to get together and light up the night with scary-faced pumpkins – there are all different types of Halloween events and haunts you can take the kids to and have a good time. And we’ve researched and reported on the best of them. But if you’re one of those…those who like the macabre…there are places around the globe that offer … END_OF_DOCUMENT_TOKEN_TO_BE_REPLACED

The Environment Engineers by Amy Lignor   From the title of this article, you may think that this is all about conservation, organizations that promote and work on creating healthy habitats, or even companies promoting a greener, healthier planet. However, the real environment engineers we speak of are actually four-footed creatures whose mission it is to better nature’s ecosystem. Not as mystical as, say, the wolf. Not as talked … END_OF_DOCUMENT_TOKEN_TO_BE_REPLACED