Cloudy with a Chance of Meatballs 2

When we first met Flint Lockwood (Bill Hader), he lost control of a contraption which turned water into food and triggered a foodalanche which wreaked havoc all across Swallow Falls before being turned off. At the point of departure of this worthy sequel, we find the young inventor being duped into relocating from his hometown to the impersonal confines of San FranJose based on a promise of employment as a “thinkquanaut” from his idol, Chester V (Will Forte), the Chairman of Live Corporation.

Flint is so gullible that he is initially blissfully unaware of his new boss’ secret agenda. But Chester has emptied Swallow Falls entirely of its residents under the guise of cleaning up the once idyllic island.

Truth be told, the conniving CEO has managed to get Flint’s food machine going again, and has hatched a diabolical plan to repopulate

the place with about 40 varieties of sentient creatures. Each of these “foodimals” has a name which is a punny play on words, such as shrimpanzees, watermelophants, cheespiders, hippotatomuses, pb & jellyfish, flamangos, buffaloaves and wildebeets, to name a few.

Eventually, Flint wises up to the fact that he’s been manipulated and that something evil is afoot. Soon, accompanied by his pals and his meteorologist girlfriend, Samantha (Anna Faris), he returns to Swallow Falls where they find themselves attacked by tacodiles and stampeded by a flock of bananostriches.

Will Flint and company figure a way to subdue the menacing, manmade menagerie before their beloved city is totally ruined? That is the question at the heart of Cloudy with a Chance of Meatballs 2, another inspired animated adventure with an eco-conscious theme.

A dazzling and delightful sequel every bit as charming as the original!

This author is synonymous with bestsellers, and this new novel offers even more proof as to why he’s so successful.   Beginning in the year 1922, Gavin Daly is sleeping peacefully in his room when a group of men break in, kill his mother, kidnap his father, and scare Gavin and his sister Aileen to death. The men do not offer to kill the children; they simply take their father and blend into the night, leaving them … END_OF_DOCUMENT_TOKEN_TO_BE_REPLACED 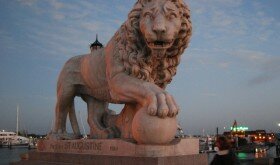 February 18, 2014 Tuesday - Sunday : February 18 - 23 "We the People" at the IMAX Theater -   Journey: 450 Years of the African American Experience covers the long and storied history of African-Americans in St. Augustine. The story of African-Americans begins in St. Augustine with the first Africans both free and slave among founding colonists in 1565. … END_OF_DOCUMENT_TOKEN_TO_BE_REPLACED

by Troutski Whether professional or hobbyist, the art of wildlife photography is just that - the creation of works of art that capture the beauty of Mother Nature and all the critters she oversees.   However, nature/wildlife photography and landscape photography are two different forms of this artistic creation. When it comes to wildlife photography, the artist delves into capturing creatures while at work or play in … END_OF_DOCUMENT_TOKEN_TO_BE_REPLACED

by Troutski Whether professional or hobbyist, the art of wildlife photography is just that - the creation of works of art that capture the beauty of Mother Nature and all the critters she oversees.   However, nature/wildlife photography and landscape photography are two different forms of this artistic creation. When it comes to wildlife photography, the artist delves into capturing creatures while at work or play in … END_OF_DOCUMENT_TOKEN_TO_BE_REPLACED

by Amy Lignor What would the Olympic Games be without some sort of conspiracy theory added to the mix?   The biggest ‘event’ that most people will remember regarding an Olympic Games and the sport of figure skating, is the strange battle Harding and her boyfriend began against Nancy Kerrigan. Kerrigan won the silver medal, but she looked more than a little angry when she was standing on her podium that it was not gold. She … END_OF_DOCUMENT_TOKEN_TO_BE_REPLACED

In seeking a more cost-effective way to build blast-resistant buildings for the petrochemical industry, ICF Concrete Additives tapped a military technology and applied it successfully to the civilian market and discovered HiperLon™ fiber completely revolutionizes the way concrete is placed, in all applications. Fiber has been added to concrete since the Romans used horse hair in their mortar. Since then, the use of non-metallic fiber in … END_OF_DOCUMENT_TOKEN_TO_BE_REPLACED 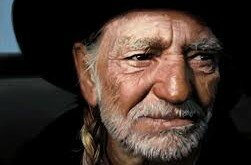 FEATURING JERRY DOUGLAS ANNOUNCE CO-HEADLINING CONCERT IN SAINT AUGUSTINE Music legends and Grammy Award winning artists Willie Nelson and Alison Krauss & Union Station Featuring Jerry Douglas will be touring together throughout the spring and summer. The 35 city U.S. tour will make a stop at the Saint Augustine Amphitheatre in Saint Augustine, Florida on May 6, 2014. The Devil Makes Three will also be appearing.   The … END_OF_DOCUMENT_TOKEN_TO_BE_REPLACED 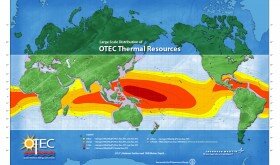 Energy Sources: Earth is Good but Oceans May Prove to be Better

by Carmen Schwartz Harvesting energy is always on the top of the list when it comes to environmental projects. Innovations in power - from solar to geothermal - are being used more and more by the big organizations, companies, as well as the individual homeowners who have found out that the benefits from geothermal are huge compared to gas furnaces, electric water heaters and air conditioning units. It’s a fact that bills are getting … END_OF_DOCUMENT_TOKEN_TO_BE_REPLACED

Filed Under: Entertainment Tagged With: Cloudy with a chance of Meatballs, Movie Review