If you were afraid to swim in the ocean after watching Jaws, you might be just as reluctant to visit San Francisco after seeing this spectacular disaster flick. Directed by Brad Peyton (Journey 2), San Andreas features a character-driven plot as appealing as its dizzying special f/x.

The film stars Dwayne Johnson as Ray Gaines, a highly-decorated helicopter pilot with over 600 rescues on his resume. At the point of departure, we find the fearless L.A. Fire Department chief risking life and limb to pluck an accident victim (Stephanie Johnston) from a car dangling precipitously over a deep canyon. To you or me, attempting such a dangerous maneuver would be unthinkable, but to Ray, it’s merely business as usual.

Meanwhile, Professor Lawrence Hayes (Paul Giamatti) is delivering a lecture at California Institute of Technology on the incredible power of earthquakes. Then, when a colleague (Will Yun Lee) detects some unusual seismic activity in the vicinity of the Hoover Dam, the two quake chasers rush off to observe the event firsthand.

They arrive in time to witness the considerable wrath wrought by a shift in tectonic plates registering 7.1 on the Richter scale. Worse, their state-of-the-art gizmo indicates that this event wasn’t an anomaly but rather a precursor to an impending disaster of much greater magnitude.

The ensuing rip in the San Andreas fault wreaks havoc all across the State of California. Of course, Chief Gaines jumps into action, plucking his estranged wife, Emma (Carla Gugino), from the roof of a teetering skyscraper before pointing the chopper in the direction of the epicenter, San Francisco.

That’s where their terrified daughter, Blake (Alexandra Daddario) called from after being abandoned by her mom’s billionaire boyfriend (Ioan Gruffudd). At least she is in the company of a couple of chivalrous, young British lads (Art Parkinson and Hugo Johstone-Burt).

Nevertheless, the search is on, as the desperate parents negotiate a perilous gauntlet to the Bay Area via air, sea and land, encountering everything from turbulence to tsunamis to landslides en route. Unfolding like a classic Seventies disaster flick, San Andreas serves up a smorgasbord ofreadily-identifiable archetypes: the musclebound hero, the effete coward, the damsel in distress, the terminally-nerdy professor, and so on, each played with perfect aplomb by a talented cast.

To order a copy of the San Andreas Blu-ray/DVD Combo Pack, visit:  http://www.amazon.com/exec/obidos/ASIN/B00YHRMI3O/ref%3dnosim/thslfofire-20

B. and Dan Discuss Their Brave Battle against Alzheimer’s

B. Smith and Dan Gasby The “Before I Forget” Interview with Kam Williams B and Dan Discuss Their Brave Battle against Alzheimer's Barbara Elaine Smith is a true American success story. Born in rural western Pennsylvania, B. was one of the world's first supermodels. She went on to build a national brand in entertaining and lifestyle, writing three highly-acclaimed cookbooks, launching a nationally syndicated television show as well … END_OF_DOCUMENT_TOKEN_TO_BE_REPLACED

ACRONYM TO FOLLOW by Peter Brav   Finally Our Day has come There’s a Day for everything For doughnuts, siblings, eight track tapes Grilled cheese, daughters and sons to work Encouragement, Alzheimer’s Coffee, math, chewing gum Blasphemy, yo-yos And now finally One for us Truly a Day to celebrate National Don’t Shoot An Unarmed Brother Doctor King Not Seeing Progress George Orwell Laughing It Is So About the … END_OF_DOCUMENT_TOKEN_TO_BE_REPLACED

Real Estate Appraiser Numbers Keep Falling By Burt Carey When the housing bubble burst in 2008, lawmakers, bankers and mortgage company executives collectively pointed fingers at each other and at real estate appraisers. In response, Congress passed the Dodd-Frank Wall Street Reform and Protection Act of 2010, which limited direct contact between mortgage companies and appraisers, and put in place sweeping procedural … END_OF_DOCUMENT_TOKEN_TO_BE_REPLACED

B. and Dan Discuss Their Brave Battle against Alzheimer’s

B. Smith and Dan Gasby The “Before I Forget” Interview with Kam Williams B and Dan Discuss Their Brave Battle against Alzheimer's Barbara Elaine Smith is a true American success story. Born in rural western Pennsylvania, B. was one of the world's first supermodels. She went on to build a national brand in entertaining and lifestyle, writing three highly-acclaimed cookbooks, launching a nationally syndicated television show as well … END_OF_DOCUMENT_TOKEN_TO_BE_REPLACED

Take a Closer Look at Electric Outboards by Ted Lund The next time you're in Austin, Texas and you see a traditional looking paddle-wheeler winding its way around scenic Lady Bird Lake, a gas-restricted reservoir on the Colorado River in Austin, Texas, you might want to take a closer look. Things might not always be what they seem. What looks like a 100-year-old vessel from a bygone era is actually a state-of-the-art, … END_OF_DOCUMENT_TOKEN_TO_BE_REPLACED

The Australian Open Finale is Quiet at Best

The Australian Open Finale is Quiet at Best by Amy Lignor   The one big story coming from the Australian Open – the first “biggie match” of the year when it comes to tennis – is the fact that Serena Williams was not raising the trophy in her hands when all was played out. Angelique Kerber actually brought about the only win that stunned a crowd, not to mention made them a little bored. Kerber and the always sentimental … END_OF_DOCUMENT_TOKEN_TO_BE_REPLACED

Home Prices and Sales Increase in December By Burt Carey Home sales and prices in the U.S. recovered in December following November sales that had analysts concerned about a possible slowing economy. The National Association of Realtors reported a 14.7 percent jump in existing home sales in December, putting the country on pace to see 5.46 million homes sold in 2015. Just a month earlier, the NAR had reported a serious decline … END_OF_DOCUMENT_TOKEN_TO_BE_REPLACED

Where to Find Great Deals on Over-the-Water Bungalows

Where to Find Great Deals on Over-the-Water Bungalows By Burt Carey With gently rolling salty waves rolling just below and panoramic ocean views that take your breath away, a bungalow perched over the water could be just the type of vacation you’ve been looking for. Such a vacation doesn’t have to be only for the rich and famous. There are deals to be had in locations all across the globe. In the Maldives, for example, and … END_OF_DOCUMENT_TOKEN_TO_BE_REPLACED

Keeping Green Thumbs Busy in the Wintertime by Amy Lignor   As the East Coast stares at the remnants of the horrific winter storm that just passed through, there are a lot of people sitting inside wishing that the record snowfall would fade so the green world would come back to play. Gardeners, real hobbyists that love to raise plants and watch them grow, know that their own “green thumb” doesn’t have to disappear just … END_OF_DOCUMENT_TOKEN_TO_BE_REPLACED 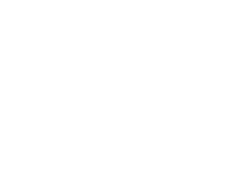