Death in Reel Time is a real gem. This, the second ‘Family History Mystery’ by this author, presents  a truly awesome story that adds even extra appeal to anyone interested in the amazing world of genealogy.

Sophreena McClure and Esme Sabatier have a business that is focused on helping people look up their family histories. Soon the pair is hired to trace the various family trees belonging to one of their friend’s, Olivia Clement. Although the project should be fun, quick and fairly easy, Sophreena and Esme soon discover that the past they are investigating may just have horrible ramifications on the present.

Murder occurs when Olivia’s son-in-law is killed. And as the investigation proceeds, almost all the citizens of Morningside, North Carolina, begin looking at their neighbors in a whole new light. It really feels as if something buried in the past is being unearthed…and it’s not pretty.

One important thing that rests heavily on Olivia’s mind is finding out why her father disappeared before she was born. Apparently, he ran right before the tragedy of Pearl Harbor occurred, and it was assumed by most that he was nothing more than a draft dodger. But as the women get further and further into the mystery of Olivia’s family, both mistrust and deviousness erupt between friends and neighbors.

Before this story reaches its ultimate conclusion many readers will be on their way to look up their own ancestry, because the read is literally that beguiling. A fantastic tale, lovers of mystery will eat up every page and gasp at the truly ‘surprise’ ending that will have one and all eagerly awaiting the next installment in this incredible series. Enjoy!! 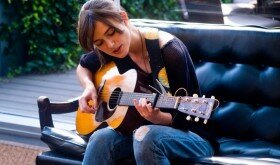 Begin Again Film Review by Kam Williams  Keira Knightley and Mark Ruffalo Co-Star in Magical NYC Musical   Greta (Keira Knightley) followed her college sweetheart (Adam Levine)to Manhattan when he was signed to a lucrative record deal with a major music label. However, the overnight fame went to Dave’s head and he soon started to stray. This development signaled not only the end of their romantic relationship but the demise of their … END_OF_DOCUMENT_TOKEN_TO_BE_REPLACED 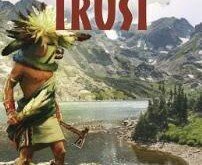 Intriguing Native American History & Emotion is Found in Broken Trust by Shannon Baker  ~Book Review by Amy Lignor Nora Abbott is trying to start a new life after her husband’s murder. She has taken on rock climbing and hiking atop stunning Mount Evans in Colorado…and trying not to have a panic attack from the experience. Here, she meets Petal, a girl who looks like a flower child from the sixties. Petal helps Nora navigate the mountain … END_OF_DOCUMENT_TOKEN_TO_BE_REPLACED

For our March Walk on White, we will be feauring works by Elizabeth Devries, Coco Eriksen, Helen Harrison, Vera Vasek, and more of your favorite Harrison Gallery artists. Like us on … END_OF_DOCUMENT_TOKEN_TO_BE_REPLACED

West Virginia’s Retreat on White Mountain Rock   Set high in the Allegheny Mountains, West Virginia’s premier Land Report Certified Community overlooks the world famous Greenbrier Resort. Ask any single owner why The Retreat on White Rock Mountain is now their home away from home, and the answers are guaranteed to run the gamut: the quick convenient drive from Washington, Baltimore, and other major city centers, the long … END_OF_DOCUMENT_TOKEN_TO_BE_REPLACED 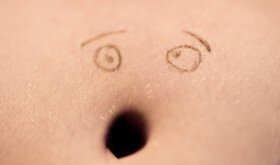 Got a Tummy that Jiggles? NeriumFirm to the Rescue!

Got a Tummy that Jiggles?  NeriumFirm to the Rescue!   All new NeriumFirm is already the talk of the town!  We sold 375,000 bottles in the first 2 hours!  And sales have skyrocketed.   Even the HIPSTER blog Refinery 29 has endorsed our flagship product NeriumAD!   Before and after pictures are pouring in!  Check out these pictures! For more info on purchasing and the summer deals see below or contact me.  Betsy … END_OF_DOCUMENT_TOKEN_TO_BE_REPLACED

Sea Born FX22 SS Capt. Ted Lund   From the Gulf Bay of Texas all the way to the New England Coast, the bay boat market is one of the fastest growing segments in today's marine marketplace. Boaters on the hunt for a new ride definitely want to check out the Sea Born FX22 SS, the latest offering from Composite Research. The Blackshear, Georgia-based manufacturer also custom creates the popular Spyder and Sundance lines under … END_OF_DOCUMENT_TOKEN_TO_BE_REPLACED

Vick Shoots For a Writing Career When NFL Ends ~ Amy Lignor Yes, Michael Vick is a back-up QB. He is the Jets back-up QB which, to some NFL fans, means he’s non-existent. But it is a good thing, as we all know, to have a back-up career in mind when your NFL glory comes to an end. And with his recent remarks, it seems clear to quite a lot of football fans (as well as people who never watched football in their lives, they just … END_OF_DOCUMENT_TOKEN_TO_BE_REPLACED 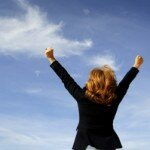 Optimera, Nerium’s International Brand is a HIT in Canada!

Optimera, Nerium’s International Brand is a HIT in Canada!   More and more articles are popping up about a product that really works for the appearance of wrinkles, fine lines, pores, tone, texture and an all around healthier look.   An amazing product like this makes for an amazing business too!  With record sales in the US of over $400 million in just the first 30 months, the opportunity in Canada is hard to resist.  A … END_OF_DOCUMENT_TOKEN_TO_BE_REPLACED

Ah…Circus Animals! The mighty lion is King; roaring loudly at the small dude, he wants nothing more than to grab that whip and chair and show the guy exactly who’s boss! The elephants are the lumbering giants who bring awe and cheers from the crowd. But, the giraffe is…under-appreciated. Not only must he ride across the country in that big circus train with his head through the roof, getting all kinds of mosquitoes stuck in his teeth, … END_OF_DOCUMENT_TOKEN_TO_BE_REPLACED

The Animals Are a Huge Part of Saving the Planet  ~ Samantha Lewis If your neighborhood is like others out there, you are in the suburbs where the sprinkler systems are going on and off, and the park is down the street for both kids and families to enjoy in the summertime. Here, you have most definitely noticed stray pets wandering around every so often. If you are in the big city, perhaps not as many strays appear, but no matter where you may … END_OF_DOCUMENT_TOKEN_TO_BE_REPLACED