When Kelly (Rose Byrne) and Mac Radner (Seth Rogen) decided to settle down in suburbia, they reasonably expected to raise their newborn in a quiet community. But that dream was threatened soon thereafter, when the local chapter of Delta Psi Beta bought the house next-door.

As a precautionary measure, the concerned couple introduced themselves to their new neighbors and asked for assurances that there wouldn’t be any wild partying on the premises. Delta Psi’s President, Teddy (Zac Efron), and Vice President, Pete (Dave Franco), did agree to keep the noise down in exchange for a promise from the Radners not to call the police.

Nevertheless, it’s not long before the situation spirals out of control. After all, the infamous frat has a well-established reputation for rowdiness, having invented the toga party back in the Thirties and then beer pong in the Seventies.

So, today, Teddy feels pressure to match his predecessors’ checkered past. This means he’s inclined to up the ante in terms of outrageous antics, which can only spell trouble for Kelly and Mac once they go back on their word about complaining to the cops, and Delta Psi is placed on probation by the university’s dean, Carol Gladstone (Lisa Kudrow).

At that point, all bets are off, and the frat and the newlyweds proceed to square-off in an ever-escalating war of attrition with more losers

than winners. That is the point of departure of Neighbors, a relentlessly-raunchy revenge comedy directed by Nicholas Stoller (Get Him to the Greek).

Unfortunately, the sophomoric parties prove to be more cruel than clever in their attempts to get even, and the shocking behavior displayed onscreen is invariably more smutty than funny, as it features plenty of prolonged frontal nudity. Plus, the picture’s only good gag, when the office chair jettisons Mac into the ceiling, was totally spoiled by the TV commercials.

Otherwise, the film is memorable mostly for its homoerotic humor, as director Stoller is fond of seizing on any excuse to lampoon gay sexuality. First, Kelly kisses a college coed she’s recruiting as a confidante. Then, fraternity pledges are forced to parade naked in a circle while clutching the penis of the guy in front of him.

On another occasion, a male student is raped by a classmate seemingly in his sleep, only to later admit that he was aware and welcomed the rude intrusion. And when Teddy and Pete fight over a girl (Halston Sage), they settle their differences in bizarre fashion, namely, by massaging each other’s genitals to see who climaxes first, while appropriating the gangsta’ rap mantra, “Bros before hos!”

Throw in the gratuitous use of the “N-word” twice, of anti-Semitism (“You Jews and your f*cking mothers!”), as well as a profusion of misogyny comments like referring to breasts as “udders,” and there’s little left to recommend about this ugly descent into depravity. 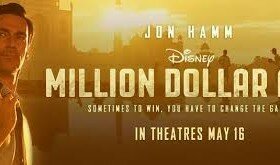 MOVIES OPENING THIS WEEK! MAY 16

Death in Reel Time by Brynn Bonner is a Real Gem! ~ Book Review by Amy Lignor Death in Reel Time is a real gem. This, the second ‘Family History Mystery’ by this author, presents  a truly awesome story that adds even extra appeal to anyone interested in the amazing world of genealogy. Sophreena McClure and Esme Sabatier have a business that is focused on helping people look up their family histories. Soon the pair is hired to trace the … END_OF_DOCUMENT_TOKEN_TO_BE_REPLACED

For our March Walk on White, we will be feauring works by Elizabeth Devries, Coco Eriksen, Helen Harrison, Vera Vasek, and more of your favorite Harrison Gallery artists. Like us on … END_OF_DOCUMENT_TOKEN_TO_BE_REPLACED

Land Report 100er: Stefan Soloviev     This New York City-based entrepreneur first developed an interest in agriculture through commodity trading of grains. “That’s how I got away from sitting at a desk to being out in the West,” he says. With landholdings currently totaling 141,700 acres, Soloviev ranked No. 77 on the 2013 Land Report 100. He points out that he visits a different one of his properties every few … END_OF_DOCUMENT_TOKEN_TO_BE_REPLACED

Becoming Part of the Luxe-ury Industry

Becoming Part of the Luxe-ury Industry  ~ James Moore The names are showing up on social networks, in chat rooms, on websites, and everywhere else you can think of; MassageLuXe and FaceLuXe are the brilliant franchises run by BAM Brands that are expanding across the country. This profitable duo is offering entrepreneurs and massage professionals a chance to be a part of the industry that offers a client pure - and affordable - … END_OF_DOCUMENT_TOKEN_TO_BE_REPLACED

The Great Outdoors in the Vertical City  ~ZZ Troutski It is a truth that there is something out in the American desert that even the most avid hiker and hunter just has to visit. Jerome - ‘America’s Most Vertical City’ also owns the prestigious title of the ‘Largest Ghost Town in America,’ and is just waiting in Arizona for the people who love both the great outdoors and a walk back through time. Located in the heart of northern Arizona, all … END_OF_DOCUMENT_TOKEN_TO_BE_REPLACED 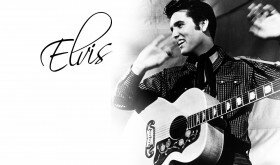 Has Elvis Entered the Football Stadium?  ~ Amy Lignor Okay. Elvis Presley is still ‘it’ after all these decades. The term: “Elvis has left the building,” is still used. Oddly enough, Elvis and his career, his dancing technique, his hotness, his extreme talent and voice that could woo basically dead women from their grave - it all was delectable, and is still being talked about by new generations who you wouldn’t even think would know what … END_OF_DOCUMENT_TOKEN_TO_BE_REPLACED

Nerium Live Better Bonuses Doubled.  $50K CASH BONUS! ~ Betsy Smith And this month I earned it!!  The best part is the TEAM effort that it took.  It is not about me…but about our whole team working together.   Who does that?  What company these days puts MORE money back in your pocket?  Nerium does.  At just over 2 years old, Nerium has made changes to its compensation a few times during my stint and each time it is to pay us … END_OF_DOCUMENT_TOKEN_TO_BE_REPLACED

Ah…Circus Animals! The mighty lion is King; roaring loudly at the small dude, he wants nothing more than to grab that whip and chair and show the guy exactly who’s boss! The elephants are the lumbering giants who bring awe and cheers from the crowd. But, the giraffe is…under-appreciated. Not only must he ride across the country in that big circus train with his head through the roof, getting all kinds of mosquitoes stuck in his teeth, … END_OF_DOCUMENT_TOKEN_TO_BE_REPLACED

The Core of the ‘Village’ is Mom

The Core of the ‘Village’ is Mom  ~ Carmen Schwartz Whenever we speak about animals, the environment, helping kids, doing things better in order to make the next generation not only proud, but also have the ability to live in a good, clean world with good, clean air - there is an important person in the equation that we just celebrated yesterday. Dad is a major part of the village, as is the child. The seniors, the grandparents, the people … END_OF_DOCUMENT_TOKEN_TO_BE_REPLACED