DeMent began writing songs at the age of 25. Her first album, Infamous Angel, was released in 1992 and explored

such themes as religious skepticism, living in a small town, lamenting “nothing good ever lasts”, and forgiving human frailty. “Let the Mystery Be” has been covered by a number of artists, including 10,000 Maniacs and Alice Stuart, and was used in the opening scenes of the film Little Buddha. “Our Town” was played in the closing moments of the last episode of the CBS TV series Northern Exposure.

In her second album, My Life, released in 1994, she continued the personal and introspective approach. My Life was nominated for a Grammy Award in the Best Contemporary Folk Album category. DeMent’s third album, The Way I Should, was released in 1996. Featuring the protest song “Wasteland of the Free,” it is DeMent’s most political work, and covers topics like sexual abuse, religion, government policy, and Vietnam.

After an eight-year hiatus, she released the gospel album Lifeline in 2004. Her rendition of “Leaning on the Everlasting Arms” was later used in the closing credits of the Coen brothers’ film True Grit.

DeMent has sung duets with John Prine (on In Spite of Ourselves), Steve Earle and Emmylou Harris and is featured on the albums of many other performers. She sang the Merle Haggard song “Big City” on Tulare Dust – A Songwriters’ Tribute to Merle Haggard. She has made frequent appearances on Garrison Keillor’s radio show A Prairie Home Companion. She appeared in the 2000 film Songcatcher, playing the character Rose Gentry and singing on the soundtrack as well. She contributed harmony vocals to “Pallbearer,” a song from country artist Josh Turner’s 2012 album Punching Bag.

Tickets for this seated show will go on sale this Friday, September 5 at 10 a.m.. Tickets will be available for purchase at the Ponte Vedra Concert Hall and St. Augustine Amphitheatre Box Offices, all Ticketmaster outlets or by phone at (800)745-3000.

Ok. I know this may be hard to believe but some of you didn’t know that I was a contestant on the GSN (Game Show Network) new bodypainting reality contest show, Skin Wars. Produced by Michael Levitt and Jill Goularte. Hosted by Rebecca Romijn. Judges were RuPaul, Craig Tracy (my personal hero) and Robin Slonina of Skin City. It is still currently airing Wednesday nights 9pm eastern/8 central on GSN. If you want to find the channel in your area go … END_OF_DOCUMENT_TOKEN_TO_BE_REPLACED

When owning property, there’s a list of information, rules, regulations, and rights the landowner needs to know in order to make sure that their property meets their objectives, whether it be a recreational or commercial investment. And for some, when it comes to managing resources and receiving the best benefits available, use of a tool referred to as a ‘conservation easement’ is one path to take.   By putting a … END_OF_DOCUMENT_TOKEN_TO_BE_REPLACED

Tidewater Boats: The Experience of Reel Luv’n   It is the tagline that brings excitement to peoples’ lives, as they decide exactly what model they want to own that will have them out on the water enjoying life. Tidewater states: “You can’t buy happiness, but you can buy a boat…and that’s kind of the same thing!”   This is the absolute truth. There are many who have altered their lives with the purchase of a … END_OF_DOCUMENT_TOKEN_TO_BE_REPLACED

Here it Comes…Stepping Up to Knock the Seahawks Down

Here it Comes…Stepping Up to Knock the Seahawks Down  ~ Amy Lignor Put your seat backs in the upright position, people. The NFL is taking off. Course, the defenders already had their first game and everyone is already saying they can’t be stopped for a repeat. I think they most definitely can. In fact, the Super Bowl this time around will not have any of the same jerseys walking the field. Why? Because there are difficulties happening for … END_OF_DOCUMENT_TOKEN_TO_BE_REPLACED

Recently I was invited by a friend of mine who is a photographer for the oil and gas industry to go on a tour of a Colorado local energy company, Noble Energy. I went because I am the idiot who likes to hear both sides of a story. I'd also prefer to know something first hand than hearsay. So I went to learn about Fracking. I went on this tour with the same basic knowledge that most of the people I know have about Fracking. 1. Fracking is … END_OF_DOCUMENT_TOKEN_TO_BE_REPLACED

The ‘Green’ of the Gaming Industry  ~ Samantha Lewis ‘Green’ comes in two forms with the gaming industry in 2014. The ‘green’ – as in cash – is what the gaming industry is seeing more and more of these days. There have been huge deals announced in the marketplace just this past week – with Amazon buying Twitch for $970 million dollars. Twitch is a service, by the way, that is actually based on allowing users to watch and broadcast video game … END_OF_DOCUMENT_TOKEN_TO_BE_REPLACED 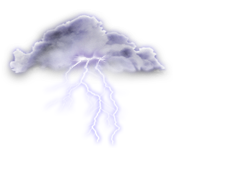