Astronomy is the scientific study of stars, planets, comets, galaxies, and other phenomena that occur outside Earth’s atmosphere (e.g. cosmic radiation). Astronomy deals with the evolution, physics, chemical makeup, meteorology, and motion of celestial objects, and also the formation of the universe. The word Astronomy comes from the Greek words astron (meaning “star”) and nomos [...] 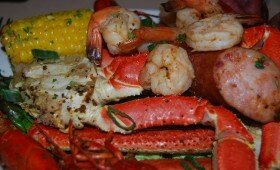 Enjoy the Festival of Spring!

Enjoy the Festival of Spring!   May Day has arrived! This truly beautiful month was born to celebrate the earth and all its beauty. So what better way to watch Mother Nature shine then to head directly to the most wondrous spot in America.   In the luxury of St. Simon’s Island on the coast [...]

An Icon in the History of Baseball Turns 100!

An Icon in the History of Baseball Turns 100!   Oh, the hundred anniversary marks and events are all around us. Over the weekend we celebrated the Titanic by learning that the ship was NOT built poorly. We celebrated the lives of the people we lost out there in the Atlantic, and the ones who [...]

On Target Maintenance Discusses How to Develop a “Target Audience!” 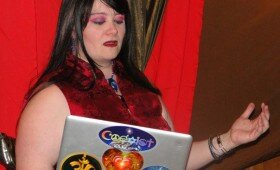 I am writing this from a friend’s laptop. Last Thursday night my backpack was stolen out of another friend’s car after an event that I body painted at. I was surprisingly calm about the whole thing. Part of me thought that I had renter’s insurance. Turns out, I do not. The policy ran out last [...]

And the Tiger Roars!

And the Tiger Roars!   Yup. It happened. He’s Back! And, oddly enough, the tremendous amount of support that has congealed for Tiger Woods was absolutely apparent when the crowd seemed just as happy as the player – if not more.   When Tiger landed that ball on the final green at the Arnold Palmer [...]

On Page SEO – NO   More and more articles have been coming out lately with regards to On Page SEO, and the fact that it’s becoming less and less important to be found in online searches.   For any business wanting to be found online, search has historically been THE way to get traffic [...]

“A party at a local strip club scheduled in honor of Trayvon Martin was called off after a social media backlash branded the effort as insensitive. According to the event flier, which has gone viral, the party at Bentley`s Lingerie Lounge – organized by outside promoters – was scheduled for this past Wednesday as part [...]