Readers, we talk about a great deal of things – from books to movies to politics to various issues, trials, tribulations and blessings that happen each and every day. We laugh…a lot. Perhaps that comes from the sarcastic gene that the Lord blessed me with (although my mother never quite found it to be a [...]

The Truth is More Horrifying Than Fiction…So Wake Up!   You’re fat. The laughter, the smirks, the constant comments. There was one time where I ran into class and someone had put a broken desk where I sat. The metal frame was bent and I didn’t notice. When I sat down it crumbled underneath me [...] 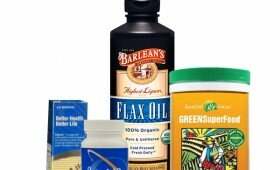 What do Cleopatra and a Guinea Pig Have in Common?

What do Cleopatra and a Guinea Pig Have in Common? BetterWayHealth.com Looks a the Age-Old ‘Vitamin’ Debate!   The age-old debate over vitamins. I know…there are tons of doctors and people who rely on vitamins and supplements – they BELIEVE in them. Whereas there are groups of people out there who say that vitamins are [...]

Academician and well-known author of books on psychology and healing Judith Orloff, MD, has been voted the most inspirational person y a New York Times Company’s site.   About.com announced today that Dr. Judith Orloff at http://www.drjudithorloff.com is the winner of their 2012 Readers’ Choice Awards for Most Inspirational Person. Other nominees were Dr. Wayne Dyer, Eckhart Tolle, Tich Nhat [...]

History Surrounds a Spectacular New Pool Paradise Positioned on the Atlantic Ocean The King and Prince Beach and Golf Resort is bursting with excitement as the Resort prepares to WOW their guests with one of the most luxurious oceanfront swimming experiences on the Georgia coast. Approaching its 77th birthday, The King and Prince continues to [...]

Why Open a Home Health Care Franchise? First Step HomeCare Can Answer That Question!   The issue of home health care and what exactly the services are that must be provided through that industry, is a highly debatable subject. There are truly a wide range of health care services that can be brought into someone’s [...]

The St. Augustine Humane Society will benefit from Flagler College’s Society for Advancement of Management (SAM) dog walk-a-thon to be held on Sat., March 31. Participants and supporters can now pledge donations of $1 or more to sponsor each walking team. Donations will benefit the programs at the Humane Society. Top pledge earners are eligible [...]

A True Utopia for the Avid Golfer!

A True Utopia for the Avid Golfer! The King and Prince Beach & Golf Resort   As we delve further into the magnificent world of the King and Prince Resort, we are now turning the spotlight on one of the most amazing golf courses in the nation. Not only are we going to discuss the [...]

Happiness Comes in a Pre-Made Package with MassageLuXe!

Happiness Comes in a Pre-Made Package with MassageLuXe!   Happiness. The search for happiness has been on the radar screen as an emerging theme and a ‘hot’ new trend for the past few years. The economic downturn  has made this trend approach much faster, as people look to find meaning and fulfillment beyond monetary rewards. [...]

Experience the Best of the Best in St. Augustine!

Friday: March 16 Experience Hendrix 2012 Tribute Tour Celebrate the music and legacy of Jimi Hendrix when the Hendrix Experience 2012 Tribute Tour visits St. Augustine. The tour offers a relevant way to convey the music of Hendrix live from the stage and this year the artists that are involved include longtime Hendrix bassist Billy [...]