All Dinosaurs May Have Had Feathers

Early dinosaurs probably looked a lot more like Big Bird than scientists once suspected. A newly discovered, nearly complete fossilized skeleton hints that all dinosaurs may have sported feathers. “It suggests that the ancestor of all dinosaurs might have been a feathered animal,” says study author Mark Norell, a paleontologist at the American Museum of [...] 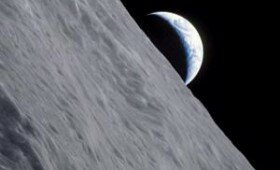 Telescopes On The Dark Side of The Moon, Is It Really Dark

FORTY years after NASA ditched the idea of landing Apollo 17 on the far side of the moon, the forbidden fruit is being sought once again. Not by astronauts this time, but by astronomers seeking a quiet spot from which to observe the universe’s “dark ages“. This was an epoch in the development of the [...]

A newfound ability of reef fish to adapt to shifting conditions over the course of two generations indicates they might be less vulnerable to climate change than previous research has suggested. In a new study, young anemonefish (Amphiprion melanopus) exposed to elevated carbon dioxide levels and warmer water grew slowly, needed extra energy to perform [...] 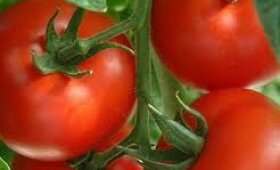 Does Convince Matter More Than Taste

It looks like 70 years of breeding for better color in unripe fruit has inadvertently helped create the wet-paper towel flavor of the modern tomato. Growers care about the green of unripe tomatoes, explains biochemist Ann L. Thomas Powell of the University of California, Davis. Ripening globes that are each uniformly green let growers easily [...]

Do Your Bones Show Your Life History

Life stories written in mammal bones are being used to debunk a key argument for cold-bloodedness in dinosaurs. Annual growth lines etched in the femurs of 115 wild warm-blooded mammals such as giraffes, reindeer and gazelles are similar to those previously seen in the bones of reptiles and dinosaurs, researchers report online June 27 in Nature. [...]

Does This Really Prove There Was Water On Mars

The European Space Agency’s Mars Express has found evidence that underground water use to exist during the first billion years of Mars’ existence. ESA’s Mars Express and NASA’s Mars Reconnaissance Orbiter zoomed in on craters in part of the region of the ancient southern highlands called Tyrrhena Terra. Scientists were able to identify 175 sites bearing minerals formed in [...]

Are You Part of The Voluntary Work Force?

New research from the University of Southampton suggests that there are more employees in the UK’s voluntary sector than previously thought. The research uses data from the 2008 National Survey of Third Sector Organisations (NSTSO). It estimates that there were more than 1.1 million full-time equivalent employees in England in 2008, or just over 5 [...]

Are You Aware of The Force of Mother Nature

The week of June 24-June 30 is noted as “Lightning Safety Week”. So what are some things that you can do when you hear the first crackle of thunder? One of the first things to do is take cover inside a shelter such as a house, garage or even patio. The next thing you can [...] 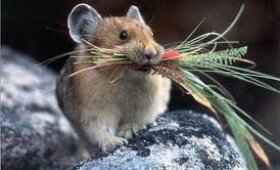 Climate is Moving and So Is The Wildlife

Fuzzy, bright-eyed and no bigger than a baked potato, the American pika is the kind of critter you could imagine starring in a blockbuster animated movie for kids. With its high-pitched squeaks, its lightning quickness and its habit of racing around all summer to harvest and sun-dry “hay piles” of grasses and wildflowers for its [...]

Do Monuments Bring Countries Together

After 10 years of archaeological investigations, researchers have concluded that Stonehenge was built as a monument to unify the peoples of Britain, after a long period of conflict and regional difference between eastern and western Britain. Some stones came from southern England and others from West Wales. These stones are thought to have represented the [...]