Establishing Your Business Means Catering to the ‘Echo Boomers!’

Establishing Your Business Means Catering to the ‘Echo Boomers!’   Everyone speaks about the ‘baby boomers,’ especially when it comes to the advance and decline of the healthcare industry. But what companies and individuals need to know is that the consumers between the ages of sixteen to thirty-five are the ones who actually spend the [...] 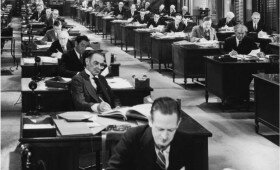 Why Content is King in 2012!   Sumner Redstone (even though others will put up a fight about this and say it was Bill Gates) is the man who issued the words: Content is King!  Redstone is widely considered to be THE media magnate – someone who was and is absolutely sure that content is [...]

The ‘People’s Voice’ Builds YOUR Business!

The ‘People’s Voice’ Builds YOUR Business!   What’s the definition of innovation? Don’t worry – I got this one. Innovation is “the act or process of inventing or introducing something new.”   In our continuing ‘look’ into the world of social marketing, media, advertising and networking, we are going to take on one of the [...]

A Killer Website is a MUST When Building Your ‘Brand!’

A Killer Website is a MUST When Building Your ‘Brand!’   Social networking is a subject we’ve been speaking about more than a little bit in the past few weeks, and will be speaking about more and more as time passes. Why? Because, let’s face it, the World Wide Web is now the ONLY way [...]

A Successful Business is All in the Way We Look at Things!

A Successful Business is All in the Way We Look at Things!   We are a visual society. The colors, the vibrancy of the labels, books, products – anything we actually are ‘drawn’ in by – is simply because of the visual presentation that the individual or business has provided.   I speak about this [...]

Name Recognition Equals Market Success!   Marilyn Monroe. Elvis Presley. Abraham Lincoln. What do these people have in common? (I know…don’t you HATE questions like this?)   Last week we began our ‘journey’ down the many paths and avenues of social networking. How to get your name into the business world; how to create a [...]

To Read The Brain Patterns of Prof Stephen Hawking

An American scientist is to unveil details of work on the brain patterns of Prof Stephen Hawking which he says could help safeguard the physicist’s ability to communicate. Prof Philip Low said he eventually hoped to allow Prof Hawking to “write” words with his brain as an alternative to his current speech system which interprets [...]

‘limited’ Impact As FBI Net Is Shut Off

More than 300,000 people, including many in the US and UK, may have lost net access as the FBI shuts down servers used by cyber thieves. The FBI seized the servers in November 2011 during raids to break up a hi-tech gang who used the DNS Changer virus to infect more than four million victims. Victims’ [...] 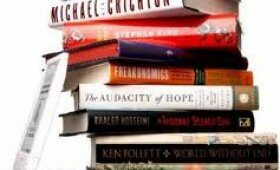 Building a Following is a MUST to Get You Where You Want to Go!   Being new to the social media world is not a crime. In fact, there are so many out there right now attempting to get a handle on ALL the many ways they can get their ‘name’ into the public eye, [...] 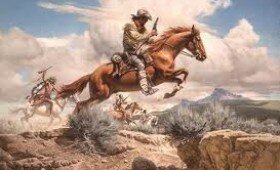 The First Step to Social Media Was The Pony Express

The First Step to Social Media Was The Pony Express   Can you imagine how tired those horses’ hooves would be today if they had to type on one of these keyboards instead of riding the trails? Man! Even, I’ll Have Another – the King of the horse-racing world this year – would’ve had a [...]