The World of YA Fiction Sees ‘Angels’ Soar!

The World of YA Fiction Sees ‘Angels’ Soar! In a recent event/promo sponsored by “Tribute Books” - Until Next Time (Book I of The Angel Chronicles) rose up the charts of the Kindle eBook realm and fans came together to make it one of the biggest weekends for this highly-reviewed and highly-rated YA novel of 2012! In addition, fans voted on [...]

As all historical genre lovers know, there are many books being created about the British Royals, especially the Tudors and, most recently, the Windsor’s. That being said, it may actually come as a surprise that this book covering the fiction and fact of the life of Princess Louise – daughter of Queen Victoria – turned [...]

Heather Wells is Back in Size 12 and Ready to Rock

This is number four in Meg Cabot’s amazing series featuring Heather Wells, a former singer who was extremely popular until her record company stopped promoting her just because she gained a few pounds. Also, as an extra slap in the face, she found her boyfriend, Jordan Cartwright, in the arms of her archrival, Tania Trace. [...]

Not Since Jaws Has an Underwater Creature Been So Intriguing!   Lies Beneath by Anne Greenwood Brown is definitely a ‘5-star!’ Readers will be thrilled with this new YA because the experience they ‘think’ they’ll receive is completely wrong. Most people think of mermaids as Disney animated characters that became popular ‘under the sea.’ But [...] 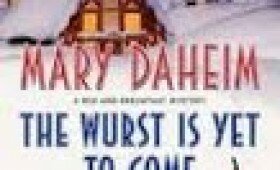 The Wurst is Yet to Come

Believe it or not we are talking about #27(!) in a mystery series that – since Book #1 – has been a complete and utter joyride. This is Mary Daheim’s Bed-and-Breakfast Mystery Series, and this newest release is just as great – if not better – than where these characters all began.   Judith McMonigle [...] 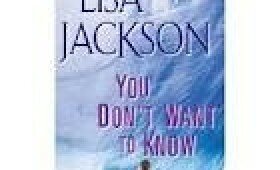 “You Don’t Want to Know”

A mother’s worst nightmare has occurred…maybe.   Ava Garrison is still unable to remember exactly what happened the night her two-year-old son, Noah, disappeared from their home in the Pacific Northwest. She spends her life reliving that tragic day and desperately searching through her messed-up mind to find the answers to where Noah has gone. [...] 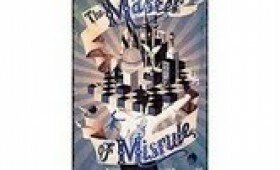 The Master of Misrule

When I came across the first book of this series, The Game of Triumphs, it didn’t take me very long to fall in love and have one of the most amazing adventures of my ‘reading’ life. Cat is the main character and she is everything from witty to charming. When we first met up with [...]

Readers will know this author from her fantastic, Scarlett Wakefield Mystery series, which has become one of the most entertaining to occur in quite some time. As a reader who is fully in love with them, I have to say I was thrilled to receive the first in a new series that Ms. Henderson is [...] 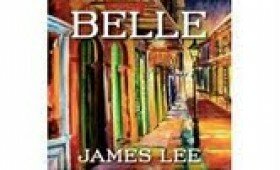 When fans last saw Dave Robicheaux in Burke’s novel, The Glass Rainbow, the fate of he and his cohort, Clete Purcel, was up in the air. Thankfully…these are hard men to kill. Dave is recovering in an ER in New Orleans from the shootout that took place in his neighborhood. He’s hooked up to a [...] 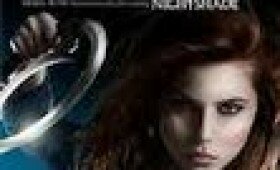 RIFT is Coming in August!

Okay…everyone’s waiting for this one and very soon, come August, you’ll have it! So…let’s give you a little heads-up on what you’re about to delve into. Shall we?   The Nightshade trilogy by this author took readers into a paranormal world. Oddly enough, it was unlike ALL the other paranormal series’ out there. Which, number [...]