Best Picture Oscar-Winner Out on DVD

Best Picture Oscar-Winner Out on DVD

Solomon Northup (Chiwetel Ejiofor) was a black man born free in upstate New York in 1808. A skilled carpenter and fiddler, he and his wife (Kelsey Scott) settled in Saratoga Springs where they were raising their children (Quvenzhane Wallis and Cameron Zeigler) when their American Dream turned into a neverending nightmare.

For, in 1841, he was approached by a couple of white strangers (Taran Killam and Scoot McNairy) who offered him a high-paying job playing music with the circus in Washington, DC. However, upon arriving in the Capital, they instead sold him to a slave trader (Christopher Berry) who put Solomon in chains before shipping him to a cotton plantation the Deep South.

What ensued was a 12-year ordeal during which he was whipped whenever he attempted to protest his plight. Despite being tortured by a sadistic master (Michael Fassbender) determined to break his spirit, Solomon managed to not only maintain his sanity but his dignity to boot.

Furthermore, with the help of a kindly Canadian (Brad Pitt) passing through town, he was eventually able to inform abolitionists up North of his dire predicament, and was ultimately reunited with his very relieved family. Upon his emancipation in 1853, Solomon also penned and published a memoir chronicling the cruelty of his captivity in explicit detail.

Entitled 12 Years a Slave, the book became a runaway best-seller before it slipped into obscurity after the Civil War. Directed by Steve McQueen (Hunger), the screen version proves to be a fairly faithful adaptation of the eye-opening autobiography.

Unapologetically graphic in its depiction of the institution of slavery’s evils, 12 Years a Slave is a heartrending tour de force for the ages which recently won a trio of Academy Awards. Besides Best Picture, it landed Oscars for John Ridley and Lupita Nyong’o in the Adapted Screenplay and Supporting Actress categories, respectively.

Blu-ray/DVD Combo Pack Extras: The Team; A Historical Portrait; and a theatrical trailer.

To see a trailer for 12 Years a Slave, visit:

To order a copy of the 12 Years a Slave Blu-ray/DVD Combo Pack, visit:

The Purge: Anarchy Film Review by Kam Williams    Grisly Sequel Chronicles Another Struggle to Survive Annual One-Day War of Attrition   Dateline: America, 2023. It’s now nine years since the country voted the New Founders of America into power. High on that elitist political party’s agenda was designating March 21st as the Purge, a day on which all law is suspended, meaning anything goes, rape, robbery, even murder.   Most … END_OF_DOCUMENT_TOKEN_TO_BE_REPLACED

The Rise Creativity, the Gift of Failure, and the Search for Mastery by Sarah Lewis Simon and Schuster Hardcover, $26.00 272 pages, Illustrated ISBN: 978-1-4516-2923-1 Book Review by Kam Williams “This book is about the advantages that come from the improbable ground of creative endeavor. Brilliant inventions and human feats that have come from labor—an endeavor that offers the world a gift from the maker’s soul—involve a path aided by … END_OF_DOCUMENT_TOKEN_TO_BE_REPLACED

For our March Walk on White, we will be feauring works by Elizabeth Devries, Coco Eriksen, Helen Harrison, Vera Vasek, and more of your favorite Harrison Gallery artists. Like us on … END_OF_DOCUMENT_TOKEN_TO_BE_REPLACED

West Virginia’s Retreat on White Mountain Rock   Set high in the Allegheny Mountains, West Virginia’s premier Land Report Certified Community overlooks the world famous Greenbrier Resort. Ask any single owner why The Retreat on White Rock Mountain is now their home away from home, and the answers are guaranteed to run the gamut: the quick convenient drive from Washington, Baltimore, and other major city centers, the long … END_OF_DOCUMENT_TOKEN_TO_BE_REPLACED

Zach to the Future!

Zach Braff The “Wish I Was Here” Interview with Kam Williams Zach to the Future! Zach Braff was born in South Orange, New Jersey on April 6, 1975. He attended Columbia High School in Maplewood where he was friends with hip-hop diva-to-be Lauryn Hill. Zach studied film at Northwestern University where he earned a B.A. before heading to Hollywood. As an actor, he’s best known as Dr. John “J.D.” Dorian on Scrubs, the Emmy-winning sitcom which … END_OF_DOCUMENT_TOKEN_TO_BE_REPLACED

Deer Hunting Goes Green: Brenneke Lead-Free Shotgun Slug     A suitable replacement for lead has been a Holy Grail for ammunition manufacturers for years, as they come under more and more pressure to make lead-free projectiles available to hunters.  It has not been an easy search.   As shot shell makers found when lead pellets were prohibited for waterfowl hunting a number of years back, there is no known … END_OF_DOCUMENT_TOKEN_TO_BE_REPLACED

There’s a ROAR in Them Thar’ Woods

There’s a ROAR in Them Thar’ Woods ~ Amy Lignor Yes…the tiger, per animal facts anyway, is supposedly more aggressive and meaner than the old lion. The ‘big man’ is always shown sitting in the sun, yawning – or giving that roar that startles creatures before he sends his wife off to catch dinner because, quite frankly, she’s better at it. But when it comes to golf, it is the lion – the ROAR of Rory – that is being heard, as he kicks the … END_OF_DOCUMENT_TOKEN_TO_BE_REPLACED

How Can YOU be Part of the GROUND FLOOR Mega Hit, Nerium, in Canada?  ~ Betsy R. Smith Sales hit $1 million in just 2 weeks as Nerium International hit the ground running in Canada!  And that was just in 2 provinces.  Now open throughout Canada, momentum is building and the operation is running smoothly.   Ever want to be in the right place at the right time?  This is it.  Check out some of the news from the Nerium Blog about Canada … END_OF_DOCUMENT_TOKEN_TO_BE_REPLACED

FIRST PEOPLES BUFFALO JUMP, Southwest of Great Falls, MT   The Interpretive Center wasn't open @ 8 a.m., I just drove on and found signs for the higher access to the Buffalo Jump off the rocks, over the ledge ~THE Buffalo ran and their legs, necks, backs were broken in many places and the People finished them off! I took many pictures and the first animal besides a small flock of Raven was a big fat Rock Chuck who posed for me, … END_OF_DOCUMENT_TOKEN_TO_BE_REPLACED 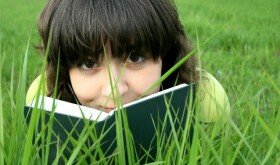 The Literary Green ~ Samantha Lewis When we speak about literary ‘green’ we are not speaking about how much contracts are worth these days or how well an author’s book is doing in the marketplace. What we are talking about is the fact that this week the literary industry came back into the headlines and created ‘buzz’ to the maximum. No…this is not about Amazon and the headlines that are constantly following them around where authors are … END_OF_DOCUMENT_TOKEN_TO_BE_REPLACED

Filed Under: Entertainment Tagged With: DVD Review by Kam Williams 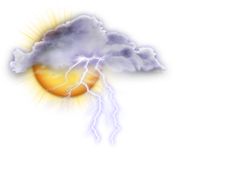