As most all of us across the country sit in our homes and look out at piles of that cold, white snow, there is a man who we have all come to love who is very much enjoying the sunny state of Florida.  Here, this author, musician, performer and gallery owner is creating books, CD’s, dinner musicals – all different forms of entertainment!  This is a man who is filled with pure artistry and, most of all, a joy for life.  Which is a quality that has become very sparse in the last decade. 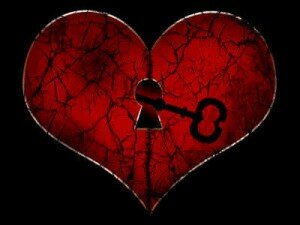 Ben Harrison has had a great 2011!  His creativity and sense of humor is far beyond many, and every month readers have become closer and closer to this individual who has offered unforgettable words to the masses.

As we look back on the year, Ben Harrison’s literary marvels include an amazing nonfiction title, Undying Love (which was originally released by St. Martin’s Press/True Crime division; now available through Ketch & Yawl Publishing).  Based on a hard-to-fathom true crime, Undying Love is a book that concentrates on a very unique and disturbing “relationship.”

When we had our ‘sit-down’ with Ben Harrison he explained how this particular idea came about:

I was reading A Key West Companion, a tourist guide book, and the chapter about the bizarre love von Cosel, the faux Count, had for the terminally ill Elena Hoyos grabbed me.  This darkly humorous true story was so outrageous yet, weirdly touching, that I immediately began composing “The Ballad of María Elena Hoyos.”  It all went downhill from there.  At the time, I was playing at The Bull on Duval Street here in Key West, and much to my surprise it became the song I was requested to play the most.

Then, a so-called “friend” suggested and encouraged me to write the musical, Undying Love.  Daily, I would walk around town with our newborn second child on my back and imagine myself as one of the characters, trying to put myself in their shoes and walk the same streets they walked.  There were still a lot of people living here who remembered them, which helped a great deal.  Invariably, they got a twinkle in their eyes recalling the 1930’s when there was no work due to the depression, plenty of food from the sea, cigars and rum from Cuba, and no shortage of housing.  Had it not been for mosquitoes, it would have been perfect.

One of the things that struck me about the different reactions, was how women tended to be more romantic about this unearthly love while men, naturally, were more crass.

When thinking about Undying Love, and the ‘holiday season’ it reminds one of the Christmas scene that is in the book, as the Count celebrates with the body of his true love:

“Elena!  It is Christmas!”  Then taking my seat at the organ, I played Silent Night until the lights on the tree were burning down.  Going to her bed and sitting myself beside her, I lifted her veil and kissed her on the lips:

“Elena, darling, we are all alone in this world – you and I and our God – but we are happy and contented.  Let us stay together forever.”

Yes, kind of creepy – yet, at least the Count and Elena did not have to celebrate Christmas alone.

I have tried to be very true to the location and Texas in general, but it was great fun making up characters, deciding what they would be like, and how they would act.  There’s a lot of freedom there.  I think it’s a good story about growing up, coming of age, and the eternal question of what’s important.  At first, my fictional copulation was rather staid until I had a conversation with author, Judy Blume, who had come by the gallery.  With an infectious smile, she laughed about how much fun her sex scenes were to write.  I spiced mine up and she was right!

And when it comes to the world of music, Ben Harrison let all of his fans ‘in on’ the beginning of his music career:

I had a four-piece band in junior high and we even played several times in the cafeteria at lunch.  I wrote my first song back then, and though I can’t remember it now, I’m sure it had something to do with love and girls.  It was our version of Ricky Nelson, who we covered along with Elvis and others.

It wasn’t until 1978 that I wrote my first real song, “Joe Joe,” a ballad about an island character.  I was performing in Roatán two nights a week and it just sort of came to me, and started this whole songwriting pursuit.

As we have spoke about in our articles covering Ben Harrison and his work, we introduced to readers the famous and truly entertaining CD’s that he created. Air Sunshine, and Erin Elkins and Ben Harrison, are both CD’s that offer a touch of jazz, with beats that will keep minds engaged for hours.

Erin Elkins and Ben Harrison brought back a country/folk appeal that has been missing in this world, combined with an almost…haunting, sultry quality that takes you away from what you’re doing and brings you into a world of truly inspiring verse.

The CD, Air Sunshine, is Ben Harrison’s musical trek through history.  The ‘Remember When’ songs speak of a simple, better time…before computers, the internet, and cell phones decided to destroy the ambiance around us all and add neuroses that will never go away.

On top of the books and music, Ben Harrison and his wife are also the owners of an art gallery in Key West, that offers a truly stunning website for the rest of us sitting in the snow to view.  We spoke with Ben about this particular aspect of his life:

We opened Harrison Gallery in 1986, because that was the only way Helen would be able to actually ‘work’ doing what she loves.  The first gallery she showed in accepted two pieces and made her sign a contract not to exhibit at other galleries.  We needed more than that.  Nothing much has changed, and not much is too daunting after building a boat in Costa Rica, which is how she learned her sculpting skills.

2011 gave fans, readers and listeners a wonderful collection of Ben Harrison’s talent – and each and every one of us look forward to the amazing moments that 2012 is sure to bring!  And Ben Harrison has this message to send to one and all:

Enjoy the holidays and don’t feel bad if your New Year’s resolutions are the same year after year.  That just means you’re no quitter.  – Ben Harrison

My New Year’s Resolution?  Give us MORE Ben Harrison!

Until Next Time, Everybody!

For More Information Go To:

A Haunted House 2 DVD Review by Kam Williams   Marlon Wayans Shock Horror Spoof Arrives on DVD               A Haunted House, an irreverent spoof of Paranormal Activity, co-starred Marlon Wayans and Essence Atkins as Malcolm and Kisha, a couple whose home was invaded by demonic forces. Along the way, she became possessed by the devil and turned on her man, despite the best efforts of an exasperated exorcist (Cedric the … END_OF_DOCUMENT_TOKEN_TO_BE_REPLACED 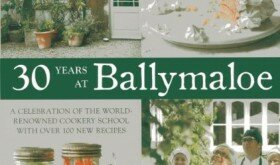 30 Years at Ballymaloe by Darina Allen Foreword by Alice Waters Photographs by Laura Edwards Kyle Books Hardcover, $35.00 320 pages, Illustrated ISBN: 978-1-909487-13-0 Book Review by Kam Williams             “Ballymaloe is Ireland’s longest established cookery school and a Mecca of international acclaim for those with a passion for food. Since it first opened in 1983, it has played host to an internationally diverse range of pupils from … END_OF_DOCUMENT_TOKEN_TO_BE_REPLACED

For our March Walk on White, we will be feauring works by Elizabeth Devries, Coco Eriksen, Helen Harrison, Vera Vasek, and more of your favorite Harrison Gallery artists. Like us on … END_OF_DOCUMENT_TOKEN_TO_BE_REPLACED

Republic Ranches: A Brokerage Firm Dedicated to the Land & Devoted to the Client   Large tracts of land perfect for the outdoor pursuits whether rattling deer in the brush country, calling ducks on the prairie, casting top waters for bass on an East Texas lake or working cattle in the big country - ranches, farms, and rural settings that are found across all the eco-regions of  the Lone Star State and Oklahoma. These … END_OF_DOCUMENT_TOKEN_TO_BE_REPLACED

Laugh Until You Cry ~ Amy Lignor I was a kid. I had the best family imaginable, yet I felt out of place. The only thing I could really do well was make up jokes when others weren’t feeling all that good. Even today, as my Mom struggles with retirement and getting older, she’ll cry at times because she feels like a burden (which, by the way, she is not). But even at those times, I can tell a joke, or change my voice in such a way that makes the … END_OF_DOCUMENT_TOKEN_TO_BE_REPLACED

Tidewater Boats Leads Way in Value Segment Center Consoles by Capt. Ted Lund   Whether it’s the diminutive 1784 Skiff or the flagship 2800CC, Tidewater Boats is leading the way for boaters in the market for a center console. Few —if any manufacturers —offer the combination boat lengths, horsepower, performance and materials and craftsmanship in this market segment, according to Tidewater’s Marketing director, Jai … END_OF_DOCUMENT_TOKEN_TO_BE_REPLACED

Don’t Rely on Preseason Scores for the Truth ~ Amy Lignor Everyone knows, or should, that preseason games in the NFL are mostly to see if the ‘newbies’ are going to make it out alive. They are also for the coaches to assess new defenses, new offense structures and techniques, as well as new plays that may or may not work out. There are so many teams that did incredibly poorly last season, that these preseason games are necessary beyond belief … END_OF_DOCUMENT_TOKEN_TO_BE_REPLACED

How Can YOU be Part of the GROUND FLOOR Mega Hit, Nerium, in Canada?  ~ Betsy R. Smith Sales hit $1 million in just 2 weeks as Nerium International hit the ground running in Canada!  And that was just in 2 provinces.  Now open throughout Canada, momentum is building and the operation is running smoothly.   Ever want to be in the right place at the right time?  This is it.  Check out some of the news from the Nerium Blog about Canada … END_OF_DOCUMENT_TOKEN_TO_BE_REPLACED

FIRST PEOPLES BUFFALO JUMP, Southwest of Great Falls, MT   The Interpretive Center wasn't open @ 8 a.m., I just drove on and found signs for the higher access to the Buffalo Jump off the rocks, over the ledge ~THE Buffalo ran and their legs, necks, backs were broken in many places and the People finished them off! I took many pictures and the first animal besides a small flock of Raven was a big fat Rock Chuck who posed for me, … END_OF_DOCUMENT_TOKEN_TO_BE_REPLACED

Sharks Are Necessary…And Not Just For TV Fans ~ Samantha Lewis Sharks are one of the most frightening creatures to mankind. After all, generations have been raised on the stories, movies and pictures of that dreaded ‘JAWS’ that will come after you like an avid stalker, making sure you are reduced to nothing but luncheon meat by the cold-eyed, dead-hearted creature.   Come on! This is the environment. This is the ecological system … END_OF_DOCUMENT_TOKEN_TO_BE_REPLACED