You are here: Home / Entertainment / BARENAKED LADIES at the St. Augustine Amphitheatre 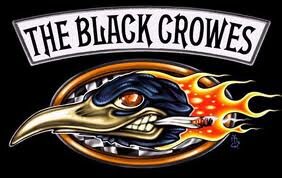 tour – with special guests Whitehorse – kicks off at the State Theatre in Minneapolis on October 9th and will stop at the St. Augustine Amphitheatre on Saturday, November 2nd.  A fan club only pre-sale will begin on Wednesday, August 14th followed by the public on sale Friday, August 16 at 10:00am.

Celebrating their 25th anniversary, the tour announcement comes on the heels of the Ladies’ having just wrapped up one of this summer’s hottest events – their ‘Last Summer on Earth Tour 2013’ with Ben Folds Five and Guster preceded by the release of their new album GRINNING STREAK, which debuted at #10 on the Billboard Top 200.  The band’s first Vanguard release marked their first top ten debut since 2003 and fourth top ten debut overall. The Huffington Post cited “…on the just-released “Grinning Streak,” BNL sound as fresh and focused as they did in their late-’90s heyday. A collection of infectious melodies, clever lyrics and hopeful sentiments, “Grinning Streak” brims with the kind of playful energy that’s always been the band’s best asset.” The album’s breakout success showcases the new single “Odds Are,” which shot to No. 2 on the iTunes Rock Songs Chart. The band recently performed the song on The Tonight Show with Jay Leno. You can view the performance here and check out the lyric video here.

The BARENAKED LADIES’ featuring  (guitarist/vocalist Ed Robertson, bassist/vocalist Jim Creeggan, keyboardist/vocalist Kevin Hearn and drummer/vocalist Tyler Stewart) have sold over 14 million albums worldwide and have won eight Juno awards and earned multiple Grammy nominations.  Known for such hits as “One Week,” “Pinch Me, “Brian Wilson,” “If I Had $1,000,000” and many more, the band also penned the theme song for the hit CBS series, “The Big Bang Theory” and earlier this year The Barenaked Ladies and astronaut Chris Hadfield collaborated for the first space-to-earth musical performance, debuting an original song “Is Somebody Singing.”  The Barenaked Ladies live shows have become legendary with their hilarious on-stage banter and impromptu raps/songs.

Tickets will go on sale this Friday, August 16 at 10am at the St. Augustine Amphitheatre and Ponte Vedra Concert Hall box offices. Enjoy complimentary coffee, snacks and Barenaked Ladies tunes at the Amphitheatre on Friday morning at our on sale party, courtesy of our friends at The Kookaburra (24 Cathedral St). Save on fees by purchasing tickets at our box office, walk around the venue and scout your potential seat, and have first pick when the tickets go on sale at 10am.

Tickets also will be available at findmytix.com, all Ticketmaster outlets, or by phone at 800-745-3000.

Superior. Renowned. Legendary. Each of these words defines Abu Garcia. From its inception on the banks of the Mörrum River in Svängsta, Sweden, Abu Garcia, then AB Urfabriken, has … END_OF_DOCUMENT_TOKEN_TO_BE_REPLACED