As Work Declines We Move Toward Natural Farming

Modern life carries its own distinct set of paradigms which are considerably distant from the benign, pastoral but sometimes busy existence which attends natural farming.  If you live in one of the suburbs of New York City or in New Jersey and rise at 5-6 am to take the train into a Wall Street office to sell credit default swaps (CDOs) or some other incomprehensible financial derivative, it’s very unlikely you have thought seriously about natural farming lately. It’s not impossible. It’s just very unlikely that natural farming or even a small, but almost manageable garden merges with your high pressure job. But maybe you have a live-in gardener and handy man who does most of the work and you vicariously experience some of the joys of his or her handy work if you arrive home while there is still a little daylight remaining.

Unhappily, many areas of modern life have progressively moved us into more excessive, even crazy working patterns thinking that this is something we must do. However, 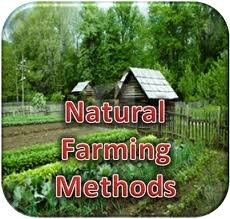 as more and more work is replaced by ever more powerful computers, integrated into artificially intelligent systems or robotic elements, work will be simplified or we will work for pay less and less. This pattern is no longer limited to low skill, low pay work but is beginning to expand to high skill, high pay work as well. Work isn’t disappearing altogether, but jobs are disappearing more rapidly than they are being created. Many of us already work less and have more free time. In some cases, the underemployed create their own businesses or activities for which someone is willing to pay, and they also have time to do some of their own work, which they would normally pay someone else to do. In many cases those people are going to find that excessive work is not really necessary and that it may be possible to live a more comfortable life with an often agreeable net increase in free time.

Whether you do it alone or within a co-operative or commune-like structure, many of us will also move toward growing some or all of their own food. While such activity is on the increase, it is still considerably distant from broad application. Nevertheless, we should see many different experimental patterns of both communal living and natural farming emerge in the coming years. A most interesting, comprehensive and useful approach is taken by Fukuoka in his “One-Straw Revolution.”

Young people may organize within communities around older established natural, communal farming and give the Fukuoka or other alternatives a try, especially in view of the fact that new jobs for young people in many countries are in particularly short supply. They, and many others, may need to learn the practical skills of low-effort natural farming. Through apprenticeship training many more communal natural farms may emerge as well.

However such communities emerge and expand, a system that emphasizes straw, in-the-field composting, and recycling animal waste, some crop rotation and green manuring seems a most logical strategy. In Fukuoka’s approach planting on uncultivated soil, without use of chemical fertilizers, or chemical insecticides represent real benefits to the long term use of the soil. These practices amend and balance the soil in natural ways, cooperating with nature rather than just trying to use her. These strategies are also simplest and least expensive. They are virtues, but when space is limited, fields must still be carefully tended, planted and harvested.

In natural farming, humanity and nature are, in principle, joined together in a unique relationship that is symbiotic but not so easy to define. A more narrow view is that we “follow” nature, but perhaps without gaining wisdom.  Relax and enjoy the work. Let the inevitable rewards come to you. 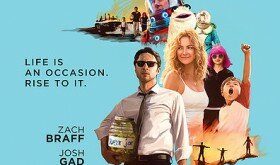 Wish I Was Here Film Review by Kam Williams   Zach Braff Stars in Delightful, Dysfunctional Family Dramedy             As an actor, Zach Braff is most closely associated with the character J.D. from Scrubs, the Emmy-winning sitcom which enjoyed a nine-year run on network television from 2001 to 2010. As a director, he’s best known for Garden State, the quirky, semi-autobiographical feature film where he played a struggling actor who returns … END_OF_DOCUMENT_TOKEN_TO_BE_REPLACED

The Rise Creativity, the Gift of Failure, and the Search for Mastery by Sarah Lewis Simon and Schuster Hardcover, $26.00 272 pages, Illustrated ISBN: 978-1-4516-2923-1 Book Review by Kam Williams “This book is about the advantages that come from the improbable ground of creative endeavor. Brilliant inventions and human feats that have come from labor—an endeavor that offers the world a gift from the maker’s soul—involve a path aided by … END_OF_DOCUMENT_TOKEN_TO_BE_REPLACED

For our March Walk on White, we will be feauring works by Elizabeth Devries, Coco Eriksen, Helen Harrison, Vera Vasek, and more of your favorite Harrison Gallery artists. Like us on … END_OF_DOCUMENT_TOKEN_TO_BE_REPLACED

West Virginia’s Retreat on White Mountain Rock   Set high in the Allegheny Mountains, West Virginia’s premier Land Report Certified Community overlooks the world famous Greenbrier Resort. Ask any single owner why The Retreat on White Rock Mountain is now their home away from home, and the answers are guaranteed to run the gamut: the quick convenient drive from Washington, Baltimore, and other major city centers, the long … END_OF_DOCUMENT_TOKEN_TO_BE_REPLACED

Hip Blog, Refinery 29, Recommends NeriumAD!   The word it out!  Bring on the BUZZ.  When a product gives you REAL RESULTS, friends tell friends.  And that is exactly how Nerium has spread across the country and now into Canada!   Check out what Refinery 29 has to say!  http://www.refinery29.com/anti-aging-cream#slide-5   With a track record of over $400 million in sales in just 30 months mostly with one product … END_OF_DOCUMENT_TOKEN_TO_BE_REPLACED 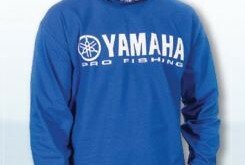 Fish in Comfort and with Confidence When You Wear Yamaha Marine Apparel   Without realizing it, you've probably seen anglers on the lake wearing clothing that's practical, comfortable and an important element in their success on the water. Whether it's a T-shirt, sweatshirt, cap or raingear, when you're fitted with the right clothing your fishing can only improve ... maybe even to the pro level! It's pretty obvious … END_OF_DOCUMENT_TOKEN_TO_BE_REPLACED

Perhaps the NFL Should Skip Summer Vacation ~ Amy Lignor  The NFL is one of those institutions that brings excitement and entertainment to people across the country. They provide those unforgettable games and seasons that the largest percentage of sports fans wait impatiently for each and every year. Football is the mainstay…it is the most popular kid in school, and even though America’s Game is still given to the baseball realm, football – … END_OF_DOCUMENT_TOKEN_TO_BE_REPLACED

How Can YOU be Part of the GROUND FLOOR Mega Hit, Nerium, in Canada?  ~ Betsy R. Smith Sales hit $1 million in just 2 weeks as Nerium International hit the ground running in Canada!  And that was just in 2 provinces.  Now open throughout Canada, momentum is building and the operation is running smoothly.   Ever want to be in the right place at the right time?  This is it.  Check out some of the news from the Nerium Blog about Canada … END_OF_DOCUMENT_TOKEN_TO_BE_REPLACED

FIRST PEOPLES BUFFALO JUMP, Southwest of Great Falls, MT   The Interpretive Center wasn't open @ 8 a.m., I just drove on and found signs for the higher access to the Buffalo Jump off the rocks, over the ledge ~THE Buffalo ran and their legs, necks, backs were broken in many places and the People finished them off! I took many pictures and the first animal besides a small flock of Raven was a big fat Rock Chuck who posed for me, … END_OF_DOCUMENT_TOKEN_TO_BE_REPLACED

Honoring Our Veterans with Green Employment ~ Samantha Lewis  July 4th has just been celebrated. The rockets red glared and the bombs bursted in air…reminding one and all to honor the men and women who have and still bravely fight to keep our freedom intact. Of course, with all careers – including military – there comes a time when something else needs to be done. Veterans make up a large facet of our communities; men and women who are looking … END_OF_DOCUMENT_TOKEN_TO_BE_REPLACED 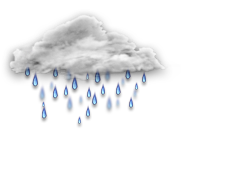